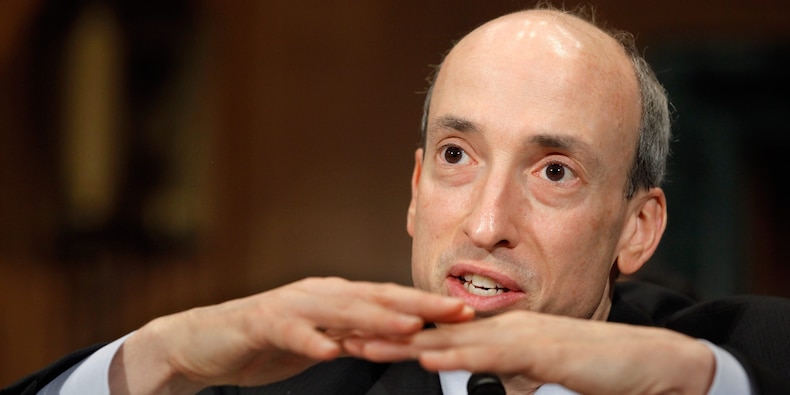 Gary Gensler said the Securities and Exchange Commission has no plans to ban cryptocurrencies as the authority actually rests with Congress, adding that most tokens pass the test of being some form of security.

The SEC chair did that Comments at a hearing in the House of Representatives Tuesday after Republican lawmaker asked Ted Budd if the U.S. Securities and Exchange Commission could follow China in imposing a blanket ban on cryptocurrencies.

“No. I mean, that would be a matter for Congress,” said Gensler.

“I think a lot of these tokens pass the tests of being an investment contract or note or other form of security that we bring into the SEC’s investor protection mandate,” he added.

The concern in the crypto world is that the U.S. government may restrict or ban digital assets, much like it did with gold in 1933. Gensler previously said that crypto exchanges must register with the agency because some of their tokens or products could be securities.

The People’s Bank of China Declared crypto transactions illegal Late last month, a move analysts said was in line with the central bank’s stance over the past decade.

He noted that the SEC is looking into how the industry can best protect investors and consumers, and comply with anti-money laundering and tax compliance laws. It would also be in the Problems that stablecoins could pose, he added.

At the same House hearing, Patrick McHenry asked Gensler on the SEC’s stance on digital assets and reprimanded him for being vague about what a digital asset actually is.

“Some of your comments have raised questions in the marketplace and made things less than clear,” said McHenry. “You made seemingly spontaneous remarks that move the markets, you disregarded rule-making by issuing an out of order statement, and you’ve essentially been rude to American investors.”

Gensler said the agency is following the Administrative Procedures Act, which requires a regulator to issue a general notice of the proposed rule.

McHenry asked Gensler if he a. have reviewed Safe Harbor Proposal created by SEC Commissioner Hester Pierce. The proposal aims to give developers of digital networks a three-year grace period to develop a platform with a registration exemption from federal securities laws.

“Commissioner Peirce and I discussed your thoughts on a possible safe haven,” said Gensler. “I think the challenge for the American public is that if we don’t monitor this and put in place investor protection, people will be hurt.”

Continue reading: Altcoins to Buy: These 15 little-known and undervalued tokens could see an ether-style spike due to significant developer interest, according to Bank of America