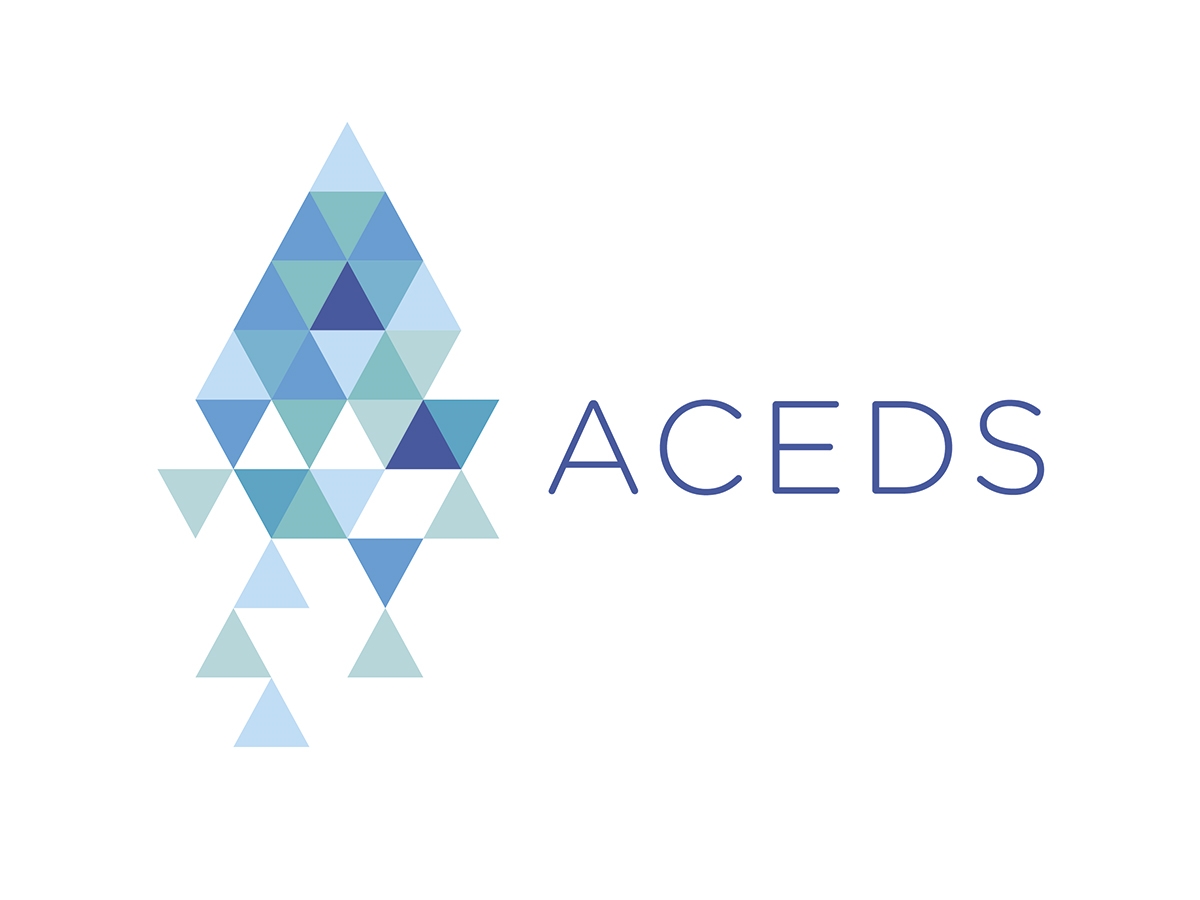 Admittedly, my rebellious side often suggests to me that some rules should be broken. Take the stop sign in front of my house, for example. I often wallow slowly (in both directions, of course), knowing the rule is to stop, even when my wife reminds me that the sign says a stop and I mumble, “Stop signs are only suggestions for” those of us who drive carefully. ”Okay, that’s a bad example, but you get what I’m talking about.

And then some of the rules are pretty fuzzy. Take cheesecake. At home, it’s a rule that nothing goes into the cheesecake except the necessary ingredients. The blissful creaminess, the sweet but sour impression it leaves behind – a good cheesecake doesn’t need anything else. I love strawberries, but it’s a rule not to mess cheesecake (or other toppings or mixes) with them. Those who do this made something other than a cheesecake.

So when my friend and colleague Doug Austin out eDiscovery Today wrote this week The fact that the words “electronic discovery” should be written in short form “eDiscovery” made me think – there has to be a rule for this literal combination of two words. Doug is not the first to suggest this notation. For years it has also been discussed whether the “e” should be separated or not, whether the E should be capitalized or even omitted entirely. It is a fair and reasonable debate. And it’s high up in the pantheon of e-discovery stories with the Tiff versus native productions debate (and we all know who wins that debate, right?).

So in the spirit of trying to solve the industry’s most pressing problems, I set out to solve that problem once and for all. The question, my friends, is e- or not e-.

(Note: there is a minor minor issue with capitalizing E or D, but that’s pretty straightforward).

Since neither Congress nor any other legislative body in the world has, or is likely to have, influence, I have turned to the Chicago Manual of Style. For many, this manual is the Bible for those who work with words. Since it was first published 110 years ago, it has been the indispensable reference work for authors, editors, proofreaders, copywriters and publishers. Since the twelfth edition in 1969, more than a million copies of the manual have been sold. The sixteenth edition was published in 2010 and remains my guide to writing style. There are other manuals, of course, and the rules are very similar, but I think The University of Chicago Press’s is the most widely used.

So let’s dig in. First the simple things.

There should be no question that it is correct to capitalize the “E” when starting a sentence with the word “e-discovery”. Not even the most seditious linguists and mutinous grammarians could disagree. The only possible exception are proper names or brand names.

Regarding the capital “D” – it is never correct to capitalize a letter in the middle of a word unless that word is a proper name or a private label (e.g. eBay or iPhone).

Based on our first two rules, Doug and eDiscovery Today are clearly given a pass to use the lowercase e and the uppercase D as that is the real name of his blog, his brand. But unfortunately, for the rest of us, based on the rules, we have to start sentences with “e-discovery”, and worse, “eDiscovery,” as sexy as it may seem – I’m sorry, it’s just not correct based on the rules.

If we examine it for parts of speech, we can see that “electronic” is an adjective describing the noun “discovery” or adding a grammatical attribute or meaning. In the Chicago Manual of Style, the rule is to separate before but not after the noun. However, this rule applies to the use of both full words. What happens if the composition is one of the so-called “E-words”, which clearly seems to apply here. Think e-commerce, e-book. The best example in the Chicago Manual of Style is “electronic mail” or email. The manual says that we should write e-mails (with a hyphen). I don’t know how or why now, but for the past few years we’ve all been writing “email” (without a hyphen). But the correct form of putting two words together in the “e” world we all live in now is hyphenation (i.e., email).

We’ve all been doing that for many years, as far as I can remember. Somehow we got away from the hyphen. The Associated Press stopped hyphenation of emails in 2011; the New York Times stopped in 2013 (“precisely because of popular demand”). What has changed? Well the only thing I could find actually proves one of the above premises – once a word is published in a dictionary, that usage becomes the norm. And guess what happened between 2010 and 2013? Dictionaries began to publish the word “email” without the hyphen.

I also found a notice on the Oxford Dictionaries website suggesting that “email” (no hyphen) was simply becoming the most common usage. But even the people of Oxford say, “When in doubt, separate.”

What happened to email seems to have happened to many words. We just combined them and made a new word without a hyphen and the new, popular usage took over. But once they’re in a dictionary, it seems more official, doesn’t it?

But I digress. Let’s come back to the penultimate question about e-discovery – the hyphen.

The hyphenation rules in the English language are very different, if not contradicting itself. In many contexts, it probably doesn’t matter that much, and putting words together can be even more complicated. What does the Chicago Manual of Style say?

The Chicago Manual of Style clearly recommends the use of a hyphen when compounding two words. The reasoning is certainly a little ambiguous, but it is clear from the Style Guide that their Hyphenation Guide for compound words and prefixed words requires hyphenation for compound words preceded by an “e”, except in cases of proper names.

There you have it – the “rules” say “e-discovery” (with a hyphen) is the right use.

See, rules aside, the key to all of these grammar and punctuation marks is clarity. It needs to be clear to the reader what you are writing about. I don’t think anyone will misunderstand what I mean whether I am writing e-discovery or e-discovery, so personally I think it is okay to use both.

But for the sake of rules, I’ll keep writing e-discovery until the word is added to the dictionary.

Oh oh you know what I just discovered that Merriam-Webster already has. Anyone want to guess how they spell it? Listen here.

In August 2009, in response to a debate that was raging through the pages of Law Technology News (the predecessor of Legaltech News), the famous LTN editor Monica Bay published an edict that resonated with me then as now: “No, which remains. “

I’m with Monika. Who wants to argue with that?

Note: This article was written with a healthy dose of sarcasm and humor, a touch of truth, and a touch of sincerity 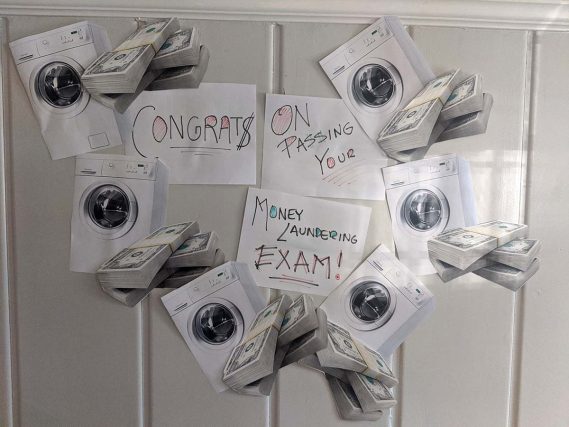 As an investigative reporter, I’m used to not making many friends at work.

Your integrity – and intelligence – is regularly challenged. “It’s complicated,” say the subjects of our investigations into financial crime, tax avoidance and the offshore industry. ‘You have no idea what you are talking about.’

I remember an especially sharp email from a high-paying musician’s rep in response to simple questions about an offshore bank account: “It’s difficult to express astonishment at the receipt of your email in writing. It contains references to allegations of the most bizarre kind. “

Earlier this year, I passed a test that allowed me to add four words after my name: Certified Money Laundering Specialist.

The CAMS accreditation granted by a leading Association by anti-money laundering specialists, is primarily intended for people who work in banks, financial services companies and other companies to prevent criminals as much as possible from sending, receiving or moving what we often call “dirty money” or the proceeds from a crime. These are the people who are meant to stop what you see in movies. They know the crux of the matter: a drug cartel sells cocaine, then they count stacks of 100 dollar bills in a kitchen and transfer the money to a secret bank account in Switzerland before buying a luxury condo in Miami.

Stopping this type of wrongdoing is no easy task. Many criminals are much smarter than they were 20 years ago, when it was easier to walk into a hotel with a briefcase full of cash and bribe a foreign official. In addition, these specialists in charge of labeling and blocking criminal cash can sometimes encounter resistance within their own bank – CAMS are often the ones who advise their colleagues to say “no” to potentially lucrative customers.

Talking to such specialists is part of my job as a reporter at the International Consortium of Investigative Journalists. And that’s not just me. Of Panama papers to FinCEN files, hundreds of reporters working with the ICIJ on our groundbreaking investigation regularly interview anti-money laundering specialists. (Thanks for answering our calls, everyone!)

We ask questions like: Does that sound suspicious? What laws did Deutsche Bank have when it helped the repressive government of Turkmenistan? Send $ 1.6 million to a recently formed mailbox company in Scotland to buy “confectionery”? What legal responsibilities do you have, if any? Lawyers, accountants and bankers before you agreed to partner with Angolan billionaire Isabel dos Santos? What does the United Arab Emirates so stupid?

When I took the exam in March, I felt well prepared. But at several points during the 210-minute test, I was convinced that I would fail. What would i say to my friend Or worse, my bosses?

My friend made a sign to me to celebrate passing the CAMS test. Image: Will Fitzgibbon

I passed by and breathed a sigh of relief.

I was pleasantly surprised at how well my work at ICIJ had prepared me.

But what really excited me, aside from my new qualification and nerdy bragging rights, was the realization that years of global collaboration in the offshore financial system has also produced an army of journalists like me with anti-money laundering experience in the workplace. Let’s call it “CAMS-by-doing”.

For more than seven years, I have joined hundreds of reporters from around the world on many of the ICIJ’s best-known financial investigations Swiss leaks to the Panama papers to Leaks in West Africa to the FinCEN files.

Together we read thousands of emails, contracts, spreadsheets, and financial statements. We interviewed thousands of experts. Slowly but surely, journalists like me who have worked on ICIJ research have built a knowledge base that would read like a dedicated CAMS study guide.

Most of us (myself included) are not and never will be experts. But every year we improve our knowledge of where to look and what questions to ask. Our BS-Radar has become more precise, if you will: Why should a Canadian company founded with gold mine in Senegal a company without employees in Mauritius? Why should a Cellist and close friend Russian President Vladimir Putin’s rights to a $ 200 million loan for just $ 1?

Sure, I’m a CAMS now. But the world should be more careful: with years of ICIJ investigations, there are now hundreds of other reporters out there, just like me, better than ever at spotting a seedy deal when they see one. I’m excited to see what we all do next.