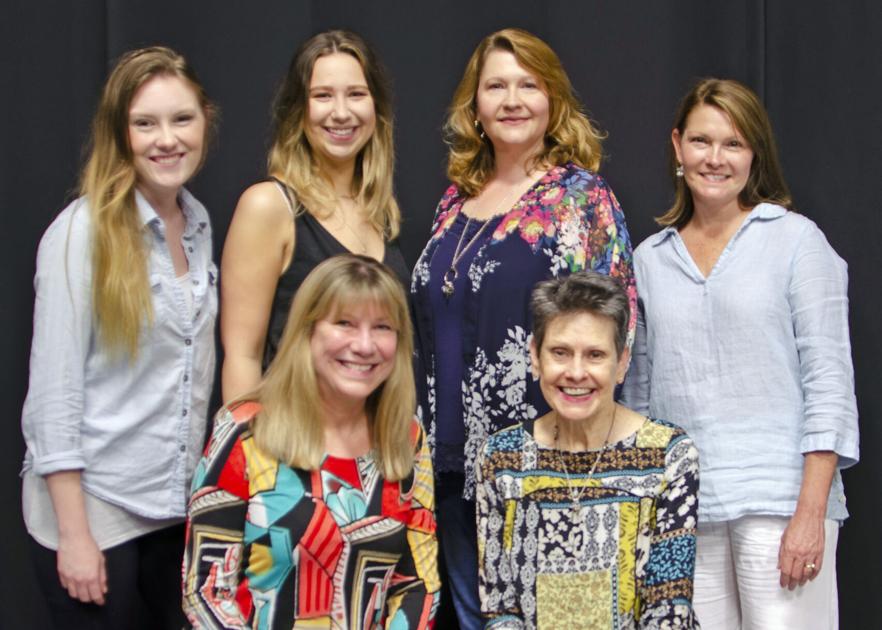 Director Tripp Phillips has cast in the upcoming production of Robert Harling’s play “Steel Magnolias. Auditions were held at the SAAC in El Dorado last week and the director was delighted with both the quality and quantity of the talented women who auditioned.

For the cast of six, Abby Cate was selected as Truvy Jones, owner of the beauty salon in the fictional Chinquapin Parish, Louisiana.

Kaila Emery plays Annelle Depuy-Desoto, an anxious young girl with a past who joins Truvy as the new stylist in her salon.

Elva Melillo plays Clairee Belcher, the widow of the city’s former mayor and a community grande dame who loves soccer.

Haley Phillips is M’Lynn Eatenton, a counselor at the local mental hospital and the mother of Shelby Eatenton, played by Lainey Walthall. Shelby is an outgoing and outgoing young woman who is about to get married when the play begins.

Debbie Strickland plays Ouiser Boudreaux, an elderly Curmudgeon with a sour tongue and a heart of gold.

“We had almost 30 women who came to the auditions, and I could have cast the piece successfully several times,” said Phillips. “Compliments to El Dorado and the Union County area that there are so many talented people – and that they are excited to share their talents and time with the wonderful South Arkansas Arts Center.”

Abby Cate, a consultant at SAMA, is a seasoned local actress who played the same role as Truvy in a previous SAAC production of Steel Magnolias, along with many other roles. Other roles include Sister Mary Amnesia in “Nunsense”, Meg in “Crimes of the Heart”, Vera Charles in “Mame”, Matron Mama Morton in “Chicago”, Rapunzel in “Into the Woods” and Madame Thénardier in “Les Miserables” . ”

Kaila Emery from El Dorado has made a long series of appearances in various locations and has a professional degree in theater. She was last seen as Sabine in SAAC’s “The Three Musketeers,” and roles in other theaters include Lucy in “You’re a Good Man, Charlie Brown,” Mimi in “Rent,” Julia in “The Wedding Singer,” Helena in ” The Secret of Edwin Drood “and Princess Winifred in” Once Upon a Mattress “.

Elva Melillo, an employee of Ken’s Discount in El Dorado, makes her debut on the SAAC stage but has appeared in many productions in other theaters. She has played in dramatic roles in plays as diverse as “No Exit”, “Oedipus Rex”, “A Midsummer Night’s Dream” and “One Flew Over the Cuckoo’s Nest”.

Junction City’s Haley Phillips is no stranger to the SAAC audience. Musical credits are Velma Kelly in “Chicago”, Golde in “Fiddler on the Roof” and Nancy in “Oliver!”

Debbie Strickland lives in Camden and makes her SAAC debut in Steel Magnolias. She has worked in the theater since college and previously starred in children’s theater productions of “Peter Pan”, “Rumpelstilskin” and “A Christmas Carol”.

For seven years she directed an annual production of Eight Days That Changed the World in Lewisville, TX.

Lainey Walthall, a native of Magnolia, works for Murphy-Pitard Jewelers and has a BFA in musical theater from the SAU. Lainey has a long list of credentials at both SAU and SAAC, including Holly in “Breakfast at Tiffany’s,” Esmeralda in “The Hunchback of Notre Dame,” Dorothy in “The Wizard of Oz,” Liesl in “The Sound of Music.” “. Constance in “The Three Musketeers”, Amber Von Tussle in “Hairspray” and Sookie in “110 in the Shade”.

Steel Magnolias is sponsored by Murphy USA. It will be presented at the South Arkansas Arts Center July 17-20 and July 24-27. 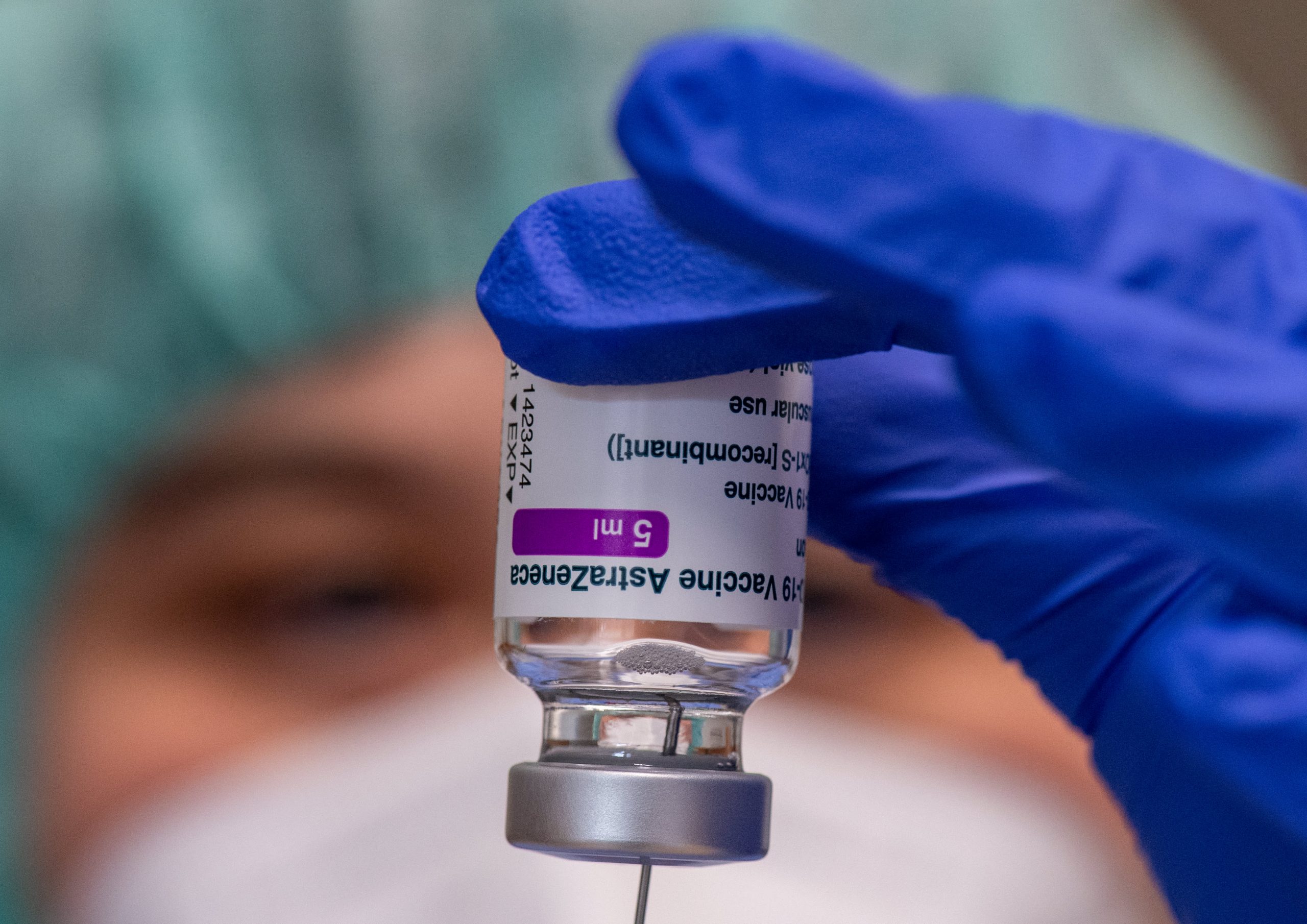 A nurse makes syringes with the preparation of Astrazeneca in Axel Stelzner’s family doctor’s practice.

LONDON – A US health department said so on Tuesday AstraZeneca Outdated information may have been included in the test results of the Covid-19 vaccine, which may cast doubts on the published efficacy rates.

It comes just a day after the results of a large U.S. study showed the vaccine was safe and highly effective, and questions whether AstraZeneca can apply for U.S. approval for the vaccine as planned next month.

The Data Safety Monitoring Board “was concerned that AstraZeneca may have included out of date information from this study that may provide an incomplete view of the efficacy data,” according to the US National Institute of Allergy and Infectious Diseases said in a statement.

“We urge the company to work with the DSMB to review efficacy data and ensure that the most accurate and up-to-date efficacy data is released as soon as possible.”

NIAID was notified of the concern late Monday along with AstraZeneca and the Biomedical Advanced Research and Development Authority. Under the direction of the White House Chief Medical Officer, Dr. Anthony Fauci, the NIAID is part of the National Institutes of Health.

On Monday, the US test results showed that the coronavirus vaccine developed by AstraZeneca and Oxford University is 79% effective in preventing symptomatic illness and 100% effective against serious illness and hospitalization.

The results were called “surprisingly positive“and” good news for the world community. “It was believed that the experimental data could help increase public confidence in the shot and move it one step closer to US emergency clearance.

AstraZeneca did not immediately respond to a CNBC request for comment.

AstraZeneca said it plans to prepare the primary analysis, which will be submitted to the U.S. Food and Drug Administration for emergency approval before mid-April.

Data from the late-stage human study was based on more than 32,000 volunteers at 88 trial centers in the United States, Peru, and Chile.

The Oxford AstraZeneca vaccine had been temporarily suspended in several countries after blood clots were reported in some people who had been vaccinated. Health experts sharply criticized the move, citing a lack of data, while analysts expressed concerns about the impact on vaccine uptake as the virus continues to spread.

AstraZeneca said Monday that the independent DSMB had not found an increased risk of blood clots.

Ruud Dobber, executive vice president of AstraZeneca’s biopharmaceuticals business, told CNBC’s “Squawk Box” Monday that it was “very gratifying to see that the Data Safety Monitoring Board, even with a magnifying glass, is not an imbalance between the vaccinated group and the vaccinated group the placebo group. “

“That gives us a lot of confidence,” he added.

The European Medicines Agency said earlier this month that its first investigation into possible side effects found the shot to be safe and effective, with the benefits still outweighing the risks.

The World Health Organization and the International Society on Thrombosis and Hemostasis have recommended that countries continue to use the Oxford-AstraZeneca vaccine.

AstraZeneca at the end of last year Exposed to criticism from US health professionals about the results and methods of their Phase 3 vaccine studies. Analysts at the US health and biotech investment bank SVB Leerink said at the time that the vaccine “would never be approved in the US”.

AstraZeneca backed out of criticism, saying the studies “were conducted to the highest standards” and that more data would follow.