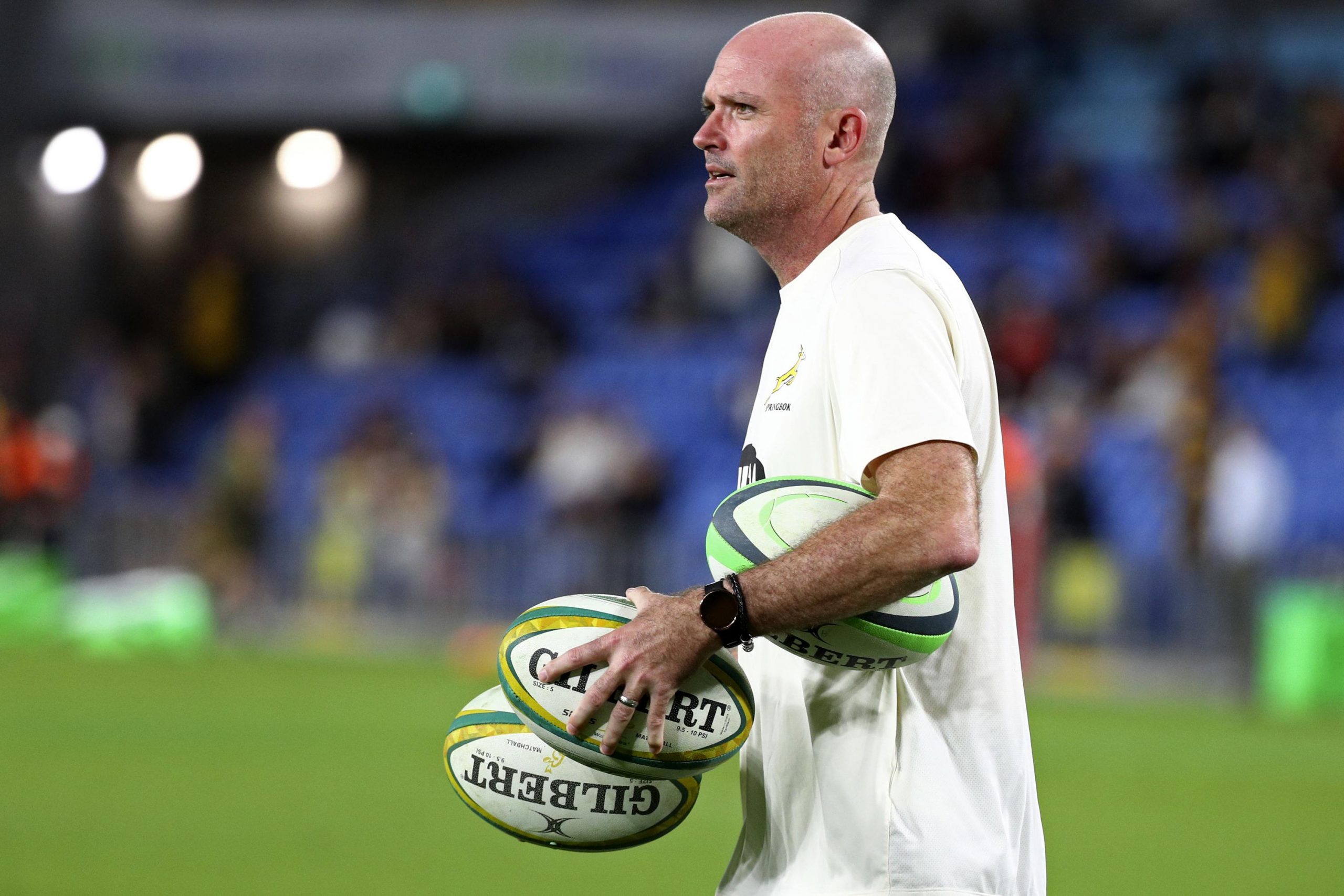 The All Blacks and Springboks will meet for the 100th time on Saturday for a test that could decide this year’s rugby championship, but which some observers see as a battle for the soul of rugby.

The game in Townsville in the north of the state of Queensland in Australia offers a strong stylistic contrast between the free-flowing, fast-paced style of the All Blacks, which relies on skill and possession, and the less adventurous game of the Springboks, which focuses on kicking and being assertive Forward play.

There is no doubt which style rugby fans like the most. Leading analysts and former coaches from around the world almost unanimously criticize the style of the Springboks, which they fear will put off rugby audiences.

Two-time All Blacks world champion coach Steve Hansen said during the series between the Springboks and the British and Irish Lions this season, “It’s not a game anyone wants to watch.”

In a column in the English Daily Mail, 2003 world champion coach Clive Woodward – never a fan of the All Blacks – applauded New Zealand for playing “real rugby”.

Commenting on South Africa’s successive defeats to Australia over the past two weekends, Woodward commented: “Last weekend I was horrified to see the sheer poverty and boredom of the South African team against Australia. Rugby shouldn’t be played that way – and it isn’t – and I’m just happy that Australia won.

“The Boks v Lions streak was little better and it should worry anyone involved in the sport that rugby is going down this path. It will be dead in five years if it does. “

The springboks defy this criticism, arguing that the end justifies the means. South Africa is the current world champion and the top ranked team in world rugby. Though the series against the Lions is considered one of the least exciting major series in recent years – between two undemanding teams – the Springboks say the win justifies their chosen style.

Flyhalf Handre Pollard made this argument when the Springboks defeated Argentina twice in rugby championship matches in South Africa.

“Everyone has their own way of playing rugby which they think is the way to go,” said Pollard. “We’re not about entertainment. The rugby test match is about winning. “

Springboks assistant coach Mzwandile Stick, who was responsible for the team’s second leg, set up a more colorful defense.

“We’re the # 1 team in the world right now, we’re world champions right now, so people keep talking about us,” said Stick. “Even if it’s positive or negative. . . it is in the nature of the position we are in. “

Where South Africa is headed now, after the two defeats to the Wallabies suggest that their strategy is not always a winning strategy, will be seen on Saturday. Against opponents who can not only defuse the high ball but also turn it against themselves, the Springboks have to have less confidence in their kick game.

South Africa coach Jacques Nienaber says that the defeats against Australia are not due to the game plan, but to the poor performance of the Boks. The game on Saturday could put the strategy to the test again.

All Blacks trainer Ian Foster expects the Springboks to be well prepared and focused on properly executing the plan.

“We have no doubt that South Africa has had a plan for this game for a long time,” said Foster. “What we have learned is not to be amazed at the intensity of the opponent’s build-up and not to lull yourself into a feeling of the past two weeks and his previous form, believing that this will be an indicator of what is on Saturday happens, “he said.