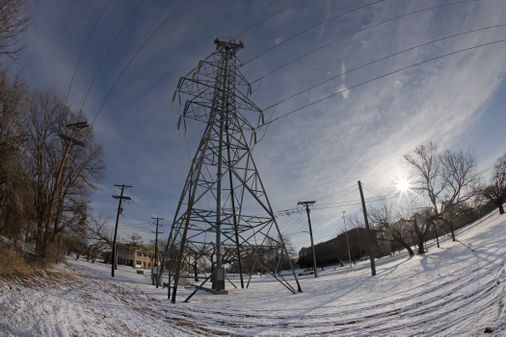 Our network also has its weaknesses, thanks in part to its reliance on natural gas. Few people know how close ISO New England has come to implementing rolling power outages – the nonprofit operator prefers to call them “controlled outages” – to protect our stressed network in the winter of 2017-2018. While ISO New England continues to take steps to ensure the juice flows smoothly during the colder months, there are no guarantees.

However, do take into account New England’s relative strengths.

The Texan network is essentially an island that is largely independent of the surrounding states and Mexico in the south. While some power lines cross the borders, they are not suitable for heavy import and export. The New England network is also an island, but one with many bridges to the outside world. Almost 20 percent of our strength in 2019 came from our neighbors: New York, New Brunswick, Quebec. In times of need, ISO New England may reach out to them for help, although they may face similar weather conditions.

Our power plants are simply better prepared for chattering temperatures. Federal agencies warned of catastrophic consequences in Texas when the infrastructure was not properly winterized after a cold snap in 2011. These warnings were largely ignored.

Here the power plants are insulated and heated. Meters and other devices use lubricants that do not freeze. The pipelines that deliver gas to generators are deeper underground here than in Texas, making them less prone to cold weather disruption, said Dan Dolan, executive director of the New England Power Generators Association.

Our water and sewer lines have similar safety precautions that their colleagues in Texas apparently lacked: emergency power generators in sewage treatment plants and pumping stations, and pipes buried below the frost line.

Another key difference is the so-called capacity market. New England power plant owners offer payments in this market so that they can be called three years later in times of peak demand. Texas does not have such a system.

It is an expensive insurance policy for New England Ratepayers and a source of much debate in the energy community. David O’Connor, energy lobbyist for ML Strategies, says: The question has always been whether it is worth the cost. He quotes the old adage: insurance always looks expensive until you need it.

Critics say this system enriches power plant owners without necessarily guaranteeing that the plants can be turned on when they are needed most.

For some experts like Anbaric manager Theodore Paradise, this insurance policy hardly seems worthwhile. Paradise, a former ISO New England attorney whose current firm is a transmission line developer, said the cold weather power plants still in operation could fetch extremely high prices in the Texas wholesale market. This potential windfall should be an incentive for the savvy operator to prepare for the worst.

However, Dolan, the executive director of NEPGA, said the important promise of future payments in the capacity market will facilitate the funding of infrastructure construction in New England, including those that will help ward off winter disruption.

Alicia Barton, managing director of hydropower and solar operator FirstLight Power, is among those concerned that the existing market environment is encouraging too many older fossil fuel systems to stay close. She would prefer rules that eventually push these crops aside in favor of more renewable energy and storage. After all, it is climate change accelerated by fossil fuels trigger extreme weather events like the one in Texas. Better to be part of the solution than part of the problem.

The managing director of ISO New England, Gordon van Welie, knows this well. The ISO warned of insufficient gas pipelines in winter, as heating customers have priority over the power plants. But van Welie said policymakers in New England states are aware of the need to wean the region off of natural gas, and his team is trying to do its part to lead that debate.

It will not be easy. Now the region’s policymakers want to convert cars and heating systems to electricity for similar environmental reasons. New England electricity needs could double in the next 30 years. New generators are planned – especially in offshore wind farms. But will they be enough?

Unlike its Texas counterpart, ISO New England has never resorted to widespread power outages. Nevertheless, there were close calls, for example during a two week cold snap about three years ago. Many natural gas-fired plants were converted to oil fuel at the time, while rarely used “peakers” were put into operation, causing the region to run out of fuel oil.

Over the years, according to Van Welie, ISO New England has incentivized power plants to supply themselves with fuel and improved training and communication protocols to reduce the load on the grid in cold weather. Luck also played a role. But we cannot rely on luck forever.

As with previous massive blackouts, there will be tragedy in Texas. The industry experts will again examine how they can protect their respective network corners from the inevitable wild weather. For the rest of us, the lesson may be this simple: it’s easy to take electricity for granted when you flip the switch, as long as it’s there.