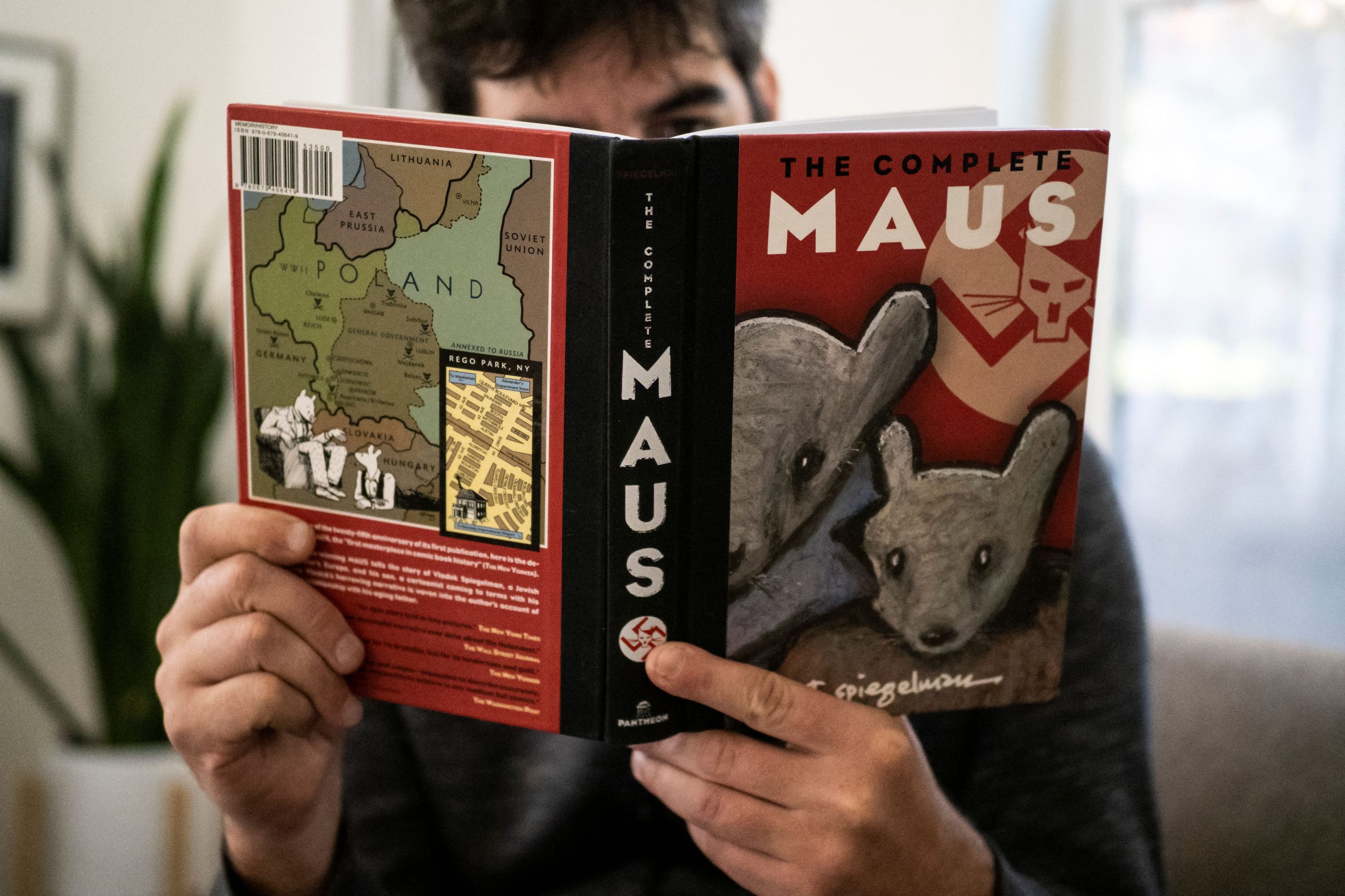 “Maus,” the decades-old graphic novel about the effects of the Holocaust on a family, has become an Amazon bestseller as part of a backlash to the news this week that it was banned by a Tennessee school board.

The McMinn County board says it took that step on Jan. 10 because of a handful of curse words and other aspects of “Maus” that it found upsetting, including “its depiction of violence and suicide.”

The board’s decision on the 1992 Pulitzer Prize-winning book by Art Spiegelman, which had been a key part of McMinn’s eighth-grade curriculum, was unanimous.

“The Complete Maus” on Friday held the No. 1 spot among Amazon’s bestsellers in the categories of fiction satire, and comics and graphic novels, and the no. 7 spot overall for all books.

“Mouse I,” an earlier published book that is the first part of “The Complete Maus,” was the No. 5 bestselling book on Amazon. The second part of the story, “Mouse II” what the no 1 bestseller in the European history category.

In addition to leading to a flood of demand for the book on Amazon, the McMinn board’s ban spurred other people to make the book more accessible to readers.

One of them, Professor Scott Denham at Davidson College in North Carolina, is offering McMinn County students in the eighth grade and high school an online class on “Mouse.“

“I have taught Spiegelman’s books many times in my courses on the Holocaust over many years,” Denham says on his website.

Richard Davis, owner of the Nirvana Comics bookstore in Knoxville, Tenn., is offering loans of “The Complete Maus” to any student.

Davis, whose store is located within 15 miles of McMinn County, also has set up a GoFundMe campaign to buy more “Maus” copies to be loaned and possibly ultimately donated to students. That effort had raised more than $30,000 by late Friday, more than three times its original $10,000 target.

“We’re getting requests from parents all over the country, even Europe, asking for copies,” said Davis.

He believes the surprisingly strong response reflects the view that “That’s not what we do in America: ‘We don’t ban books.'”

“It triggered a very American response,” he said.

One donor on the page wrote: “Banned books are the without fail among the most important, and ‘Maus,’ especially right now, is very, very important.”

The book’s author told CNBC in an email: “I’m heartened by reader responses, and the local responses you mentioned.”

“The schoolboard could’ve checked with their book-banning predecessor, [Russia President] Vladimir Putin: he made the Russian edition of Maus illegally in 2015 (also with good intentions—banning swastikas) and the small publisher sold out immediately and has had to reprint repeatedly,” Spiegelman wrote.

“The Streisand effect struck again,” he added, referring to the phenomenon — named after superstar singer Barbra Streisand — of an effort to ban something actually causing increased public awareness of that thing.

Spiegelman, 73, also told CNBC that his lecture agent is “trying to coordinate a public/Zoom event for the McMinn area where I will … talk and take questions about Maus with local citizens (hopefully teachers, students, clergy, etc) in the next couple of weeks.”

The school board’s president didn’t immediately respond to a request for comment on the book’s increased sales or Spiegelman’s comments.

The McMinn ban was not widely known until Wednesday, when a local online news outlet, The Tennessee Holler, publicized it.

The book, which won a Pulitzer in 1992, tells the story of Spiegelman’s parents’ time in Nazi death camps, the mass murder of other Jews, and his mother’s suicide years later.

In “Maus,” groups of people are drawn as different kinds of animals: Jews are mice, Poles are pigs, and Nazi Germans are cats.

Minutes of the McMinn school board meeting that led to the book being banned show that while some parents said they supported the idea of ​​teaching about the Holocaust, they had problems with some profanity in the book. They also had an issue with an image showing a nude woman who is Spiegelman’s mother.

“We can teach them history and we can teach them graphic history,” board member Mike Cochran said, according to minutes of the meeting. “We can tell them exactly what happened, but we don’t need all the nakedness and all the other stuff.”

But the US Holocaust Museum in Washington, DC, challenged that idea in a tweet Wednesday after news broke about the ban, saying: “‘Maus’ has played a vital role in educating about the Holocaust” and that “Teaching about the Holocaust using books like Maus can inspire students to think critically about the past and their own roles and responsibilities today.”

Spiegelman told CNBC on Wednesday that “I’ve met so many young people … who have learned things from my book” about the Holocaust.

Davis, the owner of Nirvana Comics in Knoxville, agreed.

“‘Maus’ changed my life, ‘Maus’ changed how I see the world,” Davis said in an interview Friday, noting that he has “read it dozens of times, and I sobbed each time.”

He said the book “rises above its original medium. It’s more than a comic book, it’s an important historical document that provides perspective about one of the most horrific events in history.”

But Davis also said that the fact that “Maus” is a graphic novel makes it “probably the most effective book at teaching the Holocaust, especially to schoolchildren.”

“Teenagers today are accustomed to reading comic books,” he said. “‘Maus’ is a very heavy read, but the graphic novel format makes it more approachable.”

“It’s one of those books that everyone should read, and it should be in every school curriculum,” he said.

Davis said the ban’s “end result reflects negatively on Tennessee because it perpetuates the sense that people in the south are backward.”

He said that “unfortunately we live an in era” where one complaint or a handful of complaints can lead to a book such as ‘Maus’ getting banned.

“I’m sure that the [McMinn] parents and the school board were well-intentioned, and thought they were protecting their children,” he said.

“But I think that really these parents, their good intentions, had very negative results. I think they’re harming their children by trying to keep them from books like ‘Maus,'” Davis said. “They’re trying to kid-proof everything.”