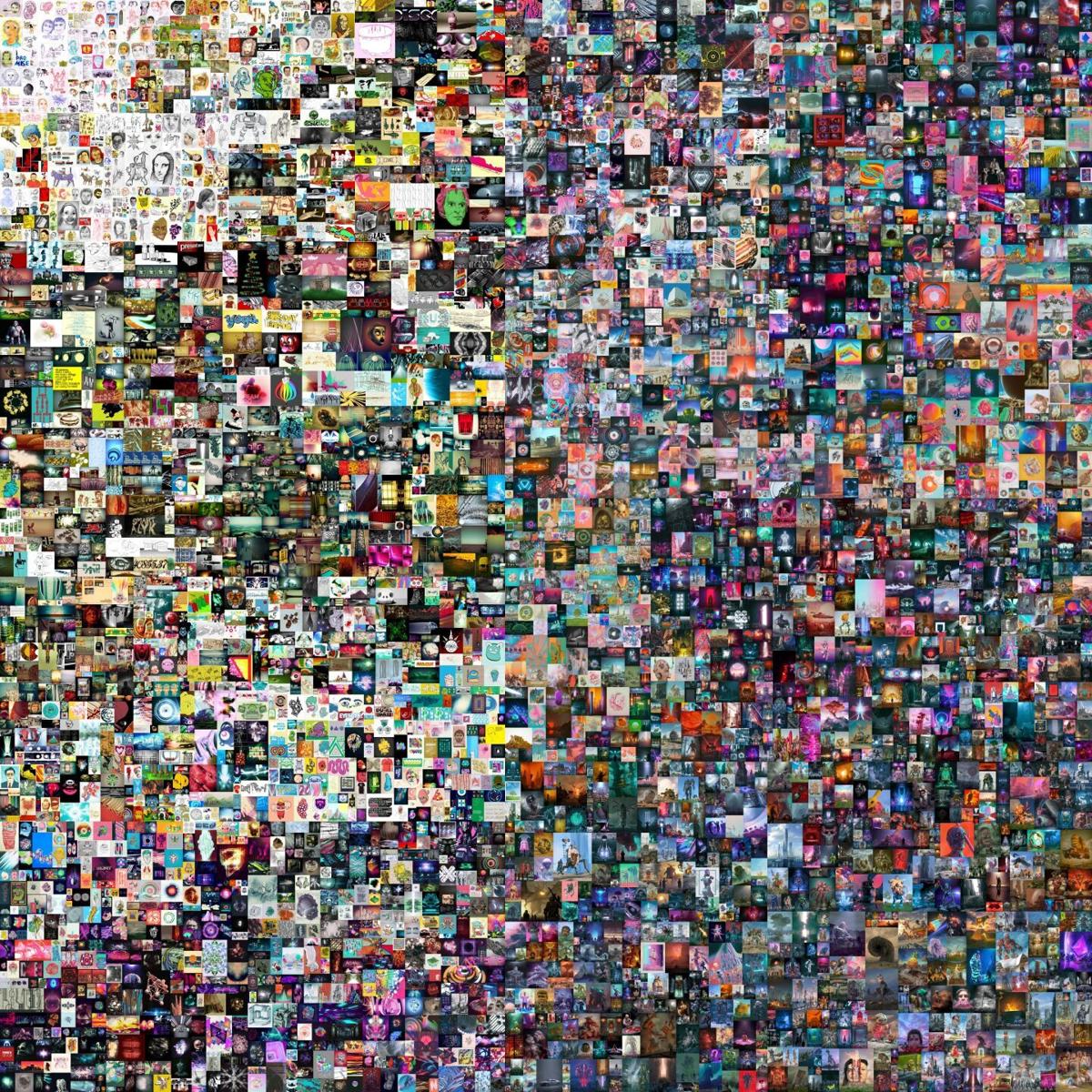 This undated photo, released by Christie’s on Thursday, March 11, 2021, shows a digital collage titled “Everydays: The First 5,000 Days” by an artist named Beeple. Christie’s says it auctioned a digital collage by an artist named Beeple, whose real name is Mike Winkelmann for nearly $ 70 million in an unprecedented sale of a digital work of art that made more money than physical works by many better-known artists. The piece sold for $ 69.4 million in an online auction and “positions it among the top three best valuable living artists,” Christie’s said Thursday via Twitter.

LONDON (AP) – Christie’s says it auctioned a digital collage by an artist named Beeple for nearly $ 70 million. This was an unprecedented sale of a digital artwork that made more money than physical works by many well-known artists.

The piece, entitled “Everydays: The First 5,000 Days,” sold for $ 69.4 million in an online auction and “positions him among the top three most valuable living artists,” Christie’s said Thursday via Twitter.

Christie’s also said it was the first time a major auction house has offered an exclusively digital work of art with a non-fungible token as a guarantee of its authenticity, and the first time cryptocurrency has been used to pay for a work of art at an auction.

Beeple, real name Mike Winkelmann, responded to the sales result with an expletive on Twitter.

“For over 20 years artists have used hardware and software to create works of art and distribute them on the Internet, but there has never been a real way to actually own and collect them,” Beeple said in a statement released by Christie’s That Has Now changed. I think we are at the beginning of the next chapter in art history, digital art. “

Christie’s has not identified the buyer of the artwork, which is made up of 5,000 individual digital images that Beeple has been piecing together since May 2007 – one every day.