The Austrian international will leave Bayern for a free transfer this summer. Many clubs are interested in signing him

Jürgen Kohler told the story goal that David Alaba is leaving FC Bayern Munich for money and has no problems with it, as he did.

Alaba announced last month that he would be leaving Bavaria on a free transfer this summer without naming his next destination.

It has been widely reported that Real Madrid will land the Austrian, although there is interest from Paris Saint-Germain and Chelsea that can only serve to strengthen Alaba’s bargaining position.

Kohler was a key member for Germany in the 1990s, winning the World Cup in 1990 and the European Championship in 1996, while in 1991 he exchanged Bayern for Juventus for the riches of Serie A at club level.

“It won’t be a step backwards for him, although FC Bayern is one of the three best clubs in Europe and doesn’t have to hide from anyone in terms of sporting and economic performance,” said Kohler goal of Alaba’s imminent departure

“He’s definitely taking this step for the money, and I can understand that. He’s 28 now and he’s going to sign a four or five year contract.

“He can tell me what he wants. A few euros will play a big role. But you can’t withhold that from the player. It’s perfectly legitimate and most others would do the same.”

While Alaba already has money beyond most people’s wildest dreams, Kohler believes that given the precarious nature of professional football, he can rightly reap its worth.

“As a professional footballer, you only have a few years to practice this profession,” said Kohler. “Serious injuries can also occur. [Niklas] With his two cruciate ligament tears, Sule can tell you a thing or two about it. Fortunately, Alaba has been spared this so far.

“I also left Bayern because of the money. Of course the move to Italy was also very good for me. Especially in terms of personal development. But that really wasn’t my first thought. It would be a nice fairy tale if I got them now told something else. “

Jerome Boateng’s contract is also expiring, but unlike Alaba, he’s the other side of 30.

Kohler doesn’t think Bayern will renew the 32-year-old defender’s deal as he believes the delay has become apparent.

“I don’t think Bayern will extend the contract,” Kohler said of Boateng. “If Bayern are convinced of a player, the talks are usually held early.” Hansi Flick opened up a different perspective for Boateng, but he also gets on board and has become more prone to injury.

“Bayern already have three top players in this position [Dayot] Upamecano, Sule and [Lucas] Hernandez who are much younger.

“I’m also sure that they will get another player to defend – maybe a replacement for [Javi] Martinez in the number six role who can also play in central defense.

“If I were in Bayern’s position, I would think about it [Denis] Zakaria. “ 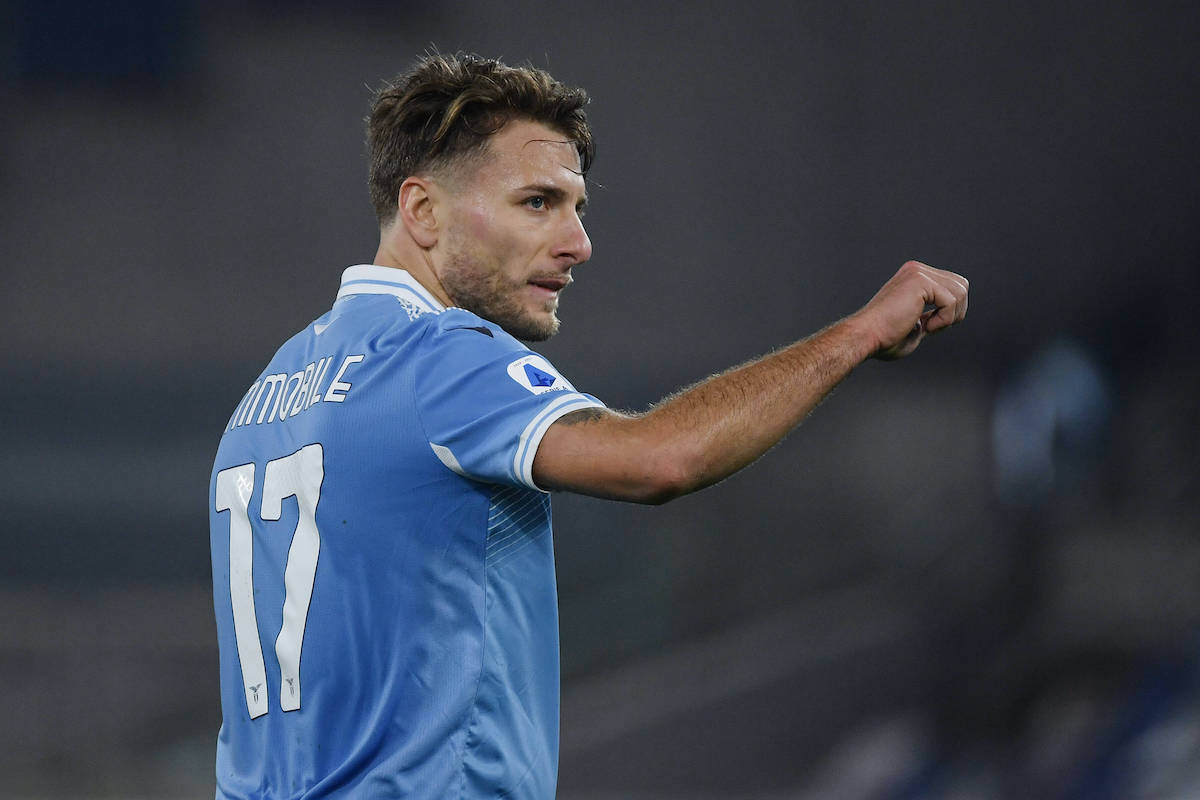 Lazio striker Ciro Immobile spoke in an interview for UEFA tomorrow about the Champions League round of 16 against Bayern Munich in Biancocelesti official website earlier today.

First he went into what it feels like to play against the reigning European and world champions Bavaria.

It is correct to consider this game as a prize. Seeing the best gives you satisfaction and extra motivation. Obviously it’s going to be a very difficult game.

We’ll try to do our best on both legs as we know we’re not going to change our style of play. We will always do what we know and we know we have to give something extra to make the perfect game.

They are a very attacking team that play football quickly and completely. Hence, it will be difficult for us to stop their attacks. Then we will try to give them problems at their weak points.

It is clear that we don’t have as many chances as in previous games, so we need to focus on taking advantage of them.

We’re up against the winners of last year’s Champions League. It will be important for us to understand every aspect of this game.

It does end however, we have to be happy with the work we’ve done in the Champions League. Coming here after 20 years is a great result for the club and a source of happiness.

He spoke about the exploits of the Bayern talisman Robert Lewandowski.

What do I like most about Robert Lewandowski? The fact that he’s never satisfied. Every year he tries to improve and push his limits, even if they are already exceptional. He’s an absolute striker.

I think he’s the best number 9 in the world right now so we have to be very careful. It was crazy to beat him for the Golden Shoe. Challenging great players like him and Ronaldo brought me great luck.

Since he was a striker, our coach prefers to play offensively, which makes it easier for us strikers. This is very important. As we’ve seen, our style of play in both Serie A and Champions League has always been fun and aggressive.

We want to score more goals than our opponents instead of worrying about conceding them. So from this point of view I have a big advantage.

Inzaghi knew how to play with his teammates, although sometimes as a striker he preferred to provide assists rather than score. Sometimes he gives me advice about it.

Finally, Immobile spoke about the qualities it takes to be a great striker.

Being selfish is a common trait of strikers. When you have the web in front of you, you can’t think of anything else.

Strikers have the instinct to score at any cost and it sometimes means you are making impulsive decisions that may be wrong at that moment. Many of my goals come from teamwork, game passages, and other goals out of pure instinct.

I have to believe yes for sure. Everyone has their superstitions, especially because I’m from southern Italy. I try to follow the same routine when playing a game.

I want to score every time, but I know it isn’t always possible. That’s why I try to concentrate on team play – especially on these days I’m not sharp enough to score.

MORE: Simone Inzaghi discusses the victory over Sampdoria and the upcoming draw in the Champions League against Bayern Munich