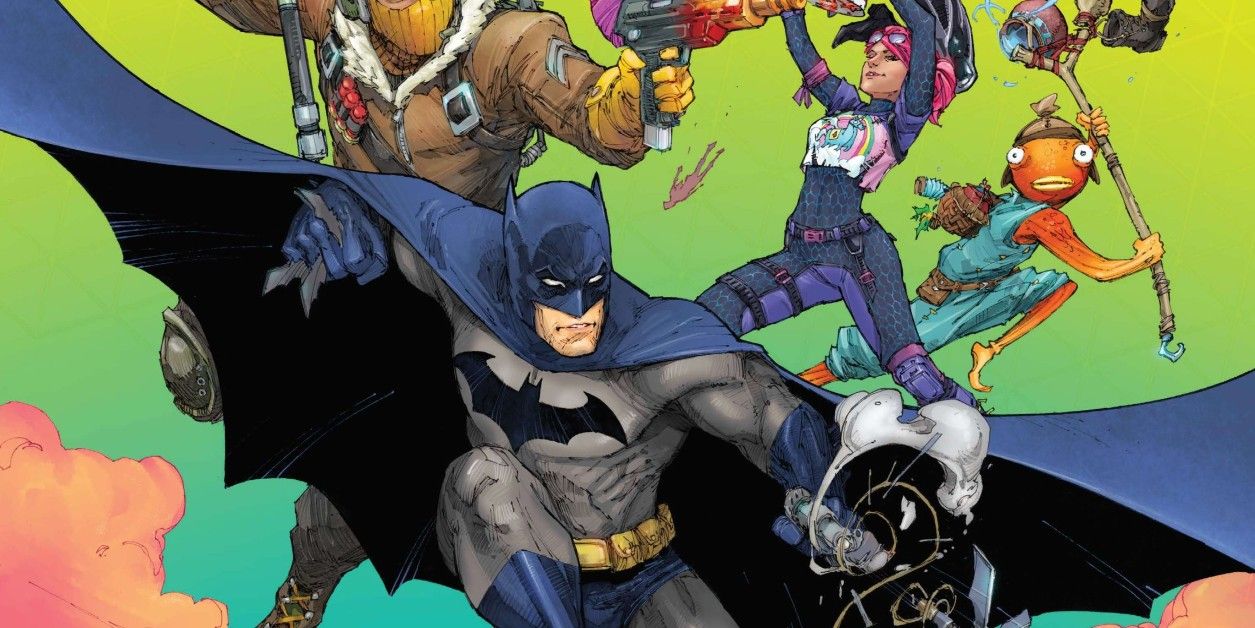 Dynamite Entertainment has made the first print versions of the popular version available Batman / Fortnite: Zero Point No. 1 for fans to purchase over Indiegogo in a limited popup campaign.

With a host of benefits available to backers, the campaign quickly met its original goal of $ 500 on April 29th. The new comic will feature three cover designs by artists Mikel Janin, Kenneth Rocafort and Donald Mustard. Fans can only choose the first print version of their preferred cover ($ 40, currently 20% off) or opt for the same first print version signed by writer Christos Gage (Avengers, Iron Man) for $ 90. There are also options to purchase special blank sketch cover editions of Batman Black & White # 1 and The 80th anniversary of Joker # 1 with custom hand-drawn illustrations by artist Ken Haeser ($ 90).

As an added bonus, fans can also purchase the Plus Pack, which contains a random first print of one of the three cover variants of Batman / Fortnite # 1, along with five limited or signed premium comics. The estimated value of this $ 100 bundle is over $ 200 – and it’s currently 50% off. The campaign lasts until May 28th. All items are expected to be shipped in May 2021.

Batman / Fortnite: Zero Point drops that legendary Batman in the middle of the popular game without his memories or any knowledge of what is happening. The plot promises to provide glimpses not only into the world of Batman, but also into Fortnite.

Hulk vs. Superman: which hero won the ultimate Marvel vs. DC showdown?

Samantha is a writer, editor, graphic designer, and avid comic book fan from the DC area. After working in marketing for nonprofits for the past six years, she has been into everything from editing magazines to writing blog posts. She now works with Valnet, Inc. as a comic book writer for CBR. She is a graduate of George Mason University, where she studied writing and public speaking. When the work is done, she enjoys walking her dog, keeping her many plants alive, tackling new writing or art projects, and having a good cup of tea with a baked good.