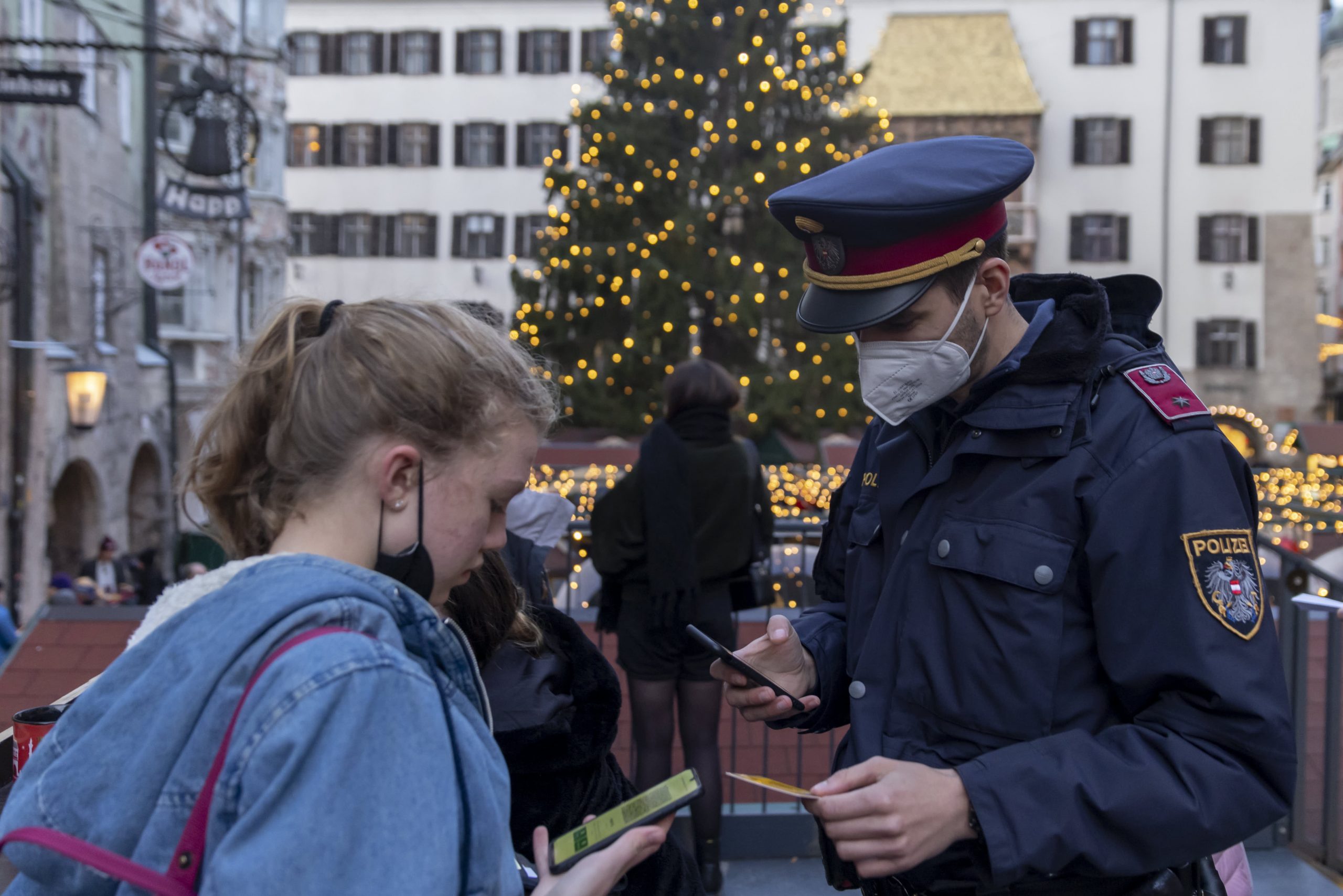 Police officers monitor compliance with the lockdown for unvaccinated persons on November 15, 2021 in Innsbruck, Austria.

Austria will initiate a fourth national lockdown on Monday as Covid-19 cases continue to rise and become the first country in Western Europe to impose strict measures this fall.

The country’s unvaccinated are already prevented from leaving home for non-essential purposes.

Chancellor Alexander Schallenberg announced on Friday at a press conference that these blocking measures will be extended to the entire country from Monday. The lockdown would last a maximum of 20 days, said Schallenberg, but initially for 10 days.

He also announced that the Covid vaccination will be mandatory in Austria from February 1st.

Around 65% of the Austrian population are fully vaccinated against the virus, which Schallenberg previously described as “shamefully low”. After Liechtenstein, the country has the second lowest vaccination rate in Western Europe.

The Austrian Press Agency reported that the government ministers were negotiating until the early hours of Friday morning to work out measures that could help contain Austria’s escalating Covid crisis.

The implementation of a nationwide lockdown means a significant U-turn for Austria’s Chancellor, the told reporters just last week that the two-thirds of the population who had accepted the vaccination would not be forced to show “solidarity” with the unvaccinated.

The government’s original plan was to put unvaccinated people under lockdown once coronavirus patients occupied 30% of intensive care beds in hospitals – a move that came into effect on Monday.

However, the move has been criticized for being difficult to enforce as unvaccinated people were still given some freedoms to go to work, do their grocery shopping, and meet certain people outdoors.

Austrian police officers were carry out random checks this week to people over the age of 12 – who are currently blocked if they have not been vaccinated – to confirm their vaccination status.

While Schallenberg had previously refused to lock down all Austrians, some were members of the country’s coalition government call for stricter restrictions on those who have been vaccinated as hospitals and intensive care units were increasingly stressed.

The third largest party in the country, the right-wing FPÖ, pushed back the government, which said on Friday: “Austria is a dictatorship from today”.

The party was openly skeptical of Covid vaccines and had planned a demonstration against the lockdown measures for unvaccinated people in Vienna over the weekend. 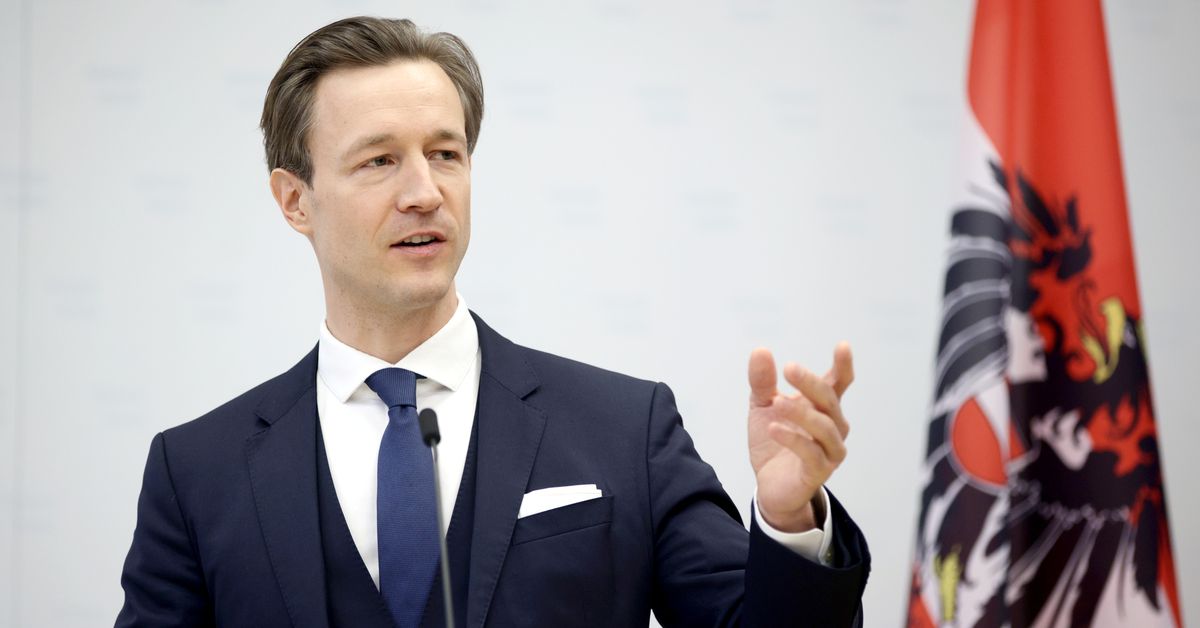 The Austrian government is adjusting its forecast for tax revenue and public spending for 2021, resulting in a larger budget deficit as lockdowns put a brake on economic growth and force the government to expand support to the hardest hit economic sectors.

The planned payments amount to 97.4 billion euros, an increase of 5.5 billion euros (6.59 billion US dollars) from the previous estimate, the Treasury said on Sunday.

“We are adjusting the budget to secure more resources for health and economic aid,” said Finance Minister Gernot Bluemel, adding that the move follows budget revisions in neighboring Germany and Switzerland.

The action comes after the Austrian Wifo Institute, which provides forecasts for the government, announced in March that in a “lockdown scenario” the country’s GDP would only grow by 1.5% this year, which is below a estimated 2.3% growth if the lockdowns were lifted soon.

Austria is currently planning a major easing in mid-May, but the government said these budget changes were necessary given the ongoing crisis.

“I’ve always said if more money is needed there will be more money,” said Bluemel. 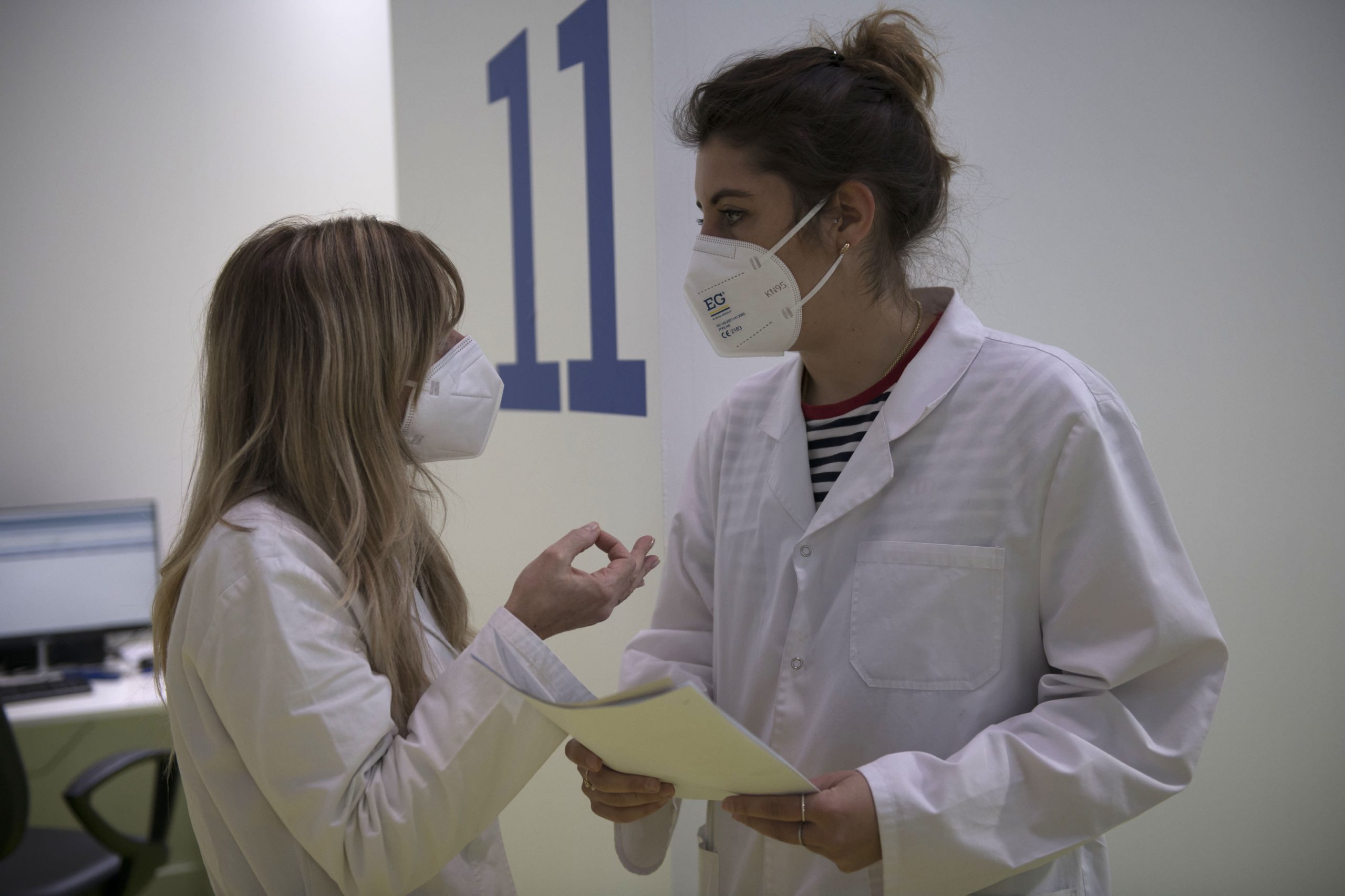 Nursing staff are waiting for the vaccine against COVID 19 from AstraZeneca at the sports center of the University of CUS Turin on March 14, 2021 in Turin, Italy.

LONDON – Six members of the European Union have raised concerns about the block’s distribution of Covid-19 vaccines after AstraZeneca cut its delivery targets again.

Austria, Latvia, the Czech Republic, Bulgaria, Croatia and Slovenia wrote to the European Commission on Saturday to complain that there are no proportionate bumps being delivered among the 27 countries in the European Union.

“If this system continued, it would continue to create and exacerbate large disparities between member states through the summer,” wrote the heads of state in a letter received from CNBC.

Initially, it was agreed that vaccines purchased by the EU would be distributed in proportion to a country’s population. However, some countries have introduced flexibility into the system so that they can opt for a more specific vaccine based on price and maintenance conditions.

The European Commission replied to the letter by saying that distribution was a “transparent process” and that it was the decision of the Member States to introduce this flexibility.

“If a Member State decides under this system not to take up its pro-rata allocation, the doses will be distributed among the other interested Member States,” said a statement by the Commission.

For example, according to media reports, Bulgaria chose to receive fewer Pfizer and BioNTech shots, the most expensive of the vaccines, and more of the one developed by AstraZeneca and Oxford University. As a result, other EU countries were able to buy the surplus Pfizer and BioNTech vaccines.

The Bulgarian government was not immediately available for comment when it was contacted by CNBC on Monday.

If we hadn’t had the Commission doing this work on behalf of the European Union, the competition and the issues with which you opened this interview would have been greater.

President of the Eurogroup

Bulgaria and the other signatories are among the EU countries with the lowest number of vaccines received, according to the European Center for Disease Prevention and Control.

They fear that without changes, some EU states “could achieve herd immunity in a few weeks, while others would lag far behind,” they said in their letter.

Your complaint follows the message that AstraZeneca will not achieve its delivery targets in the coming months. The Swedish-British pharmaceutical company confirmed to CNBC on Monday that it will ship 30 million doses to the EU by the end of the first quarter and an additional 70 million doses in the second quarter.

These numbers are below what the bloc expected.

“Why do you get this idea now because you know that Austria is a member of the Steering Committee like the 26 other Member States and, like the others, has been informed of the previous allocations,” said a European official who did not want this due to the sensitivity of the problem be named, said CNBC on Sunday.

This comment suggests that the six countries could have dealt with the issue internally rather than writing a letter and making it public.

Pascal Donohoe, Ireland’s finance minister, told CNBC Monday that the problems “would have been bigger” had it not been for the work of the European Commission to monitor vaccine distribution.

It is expected to be discussed at the next European Summit later this month.