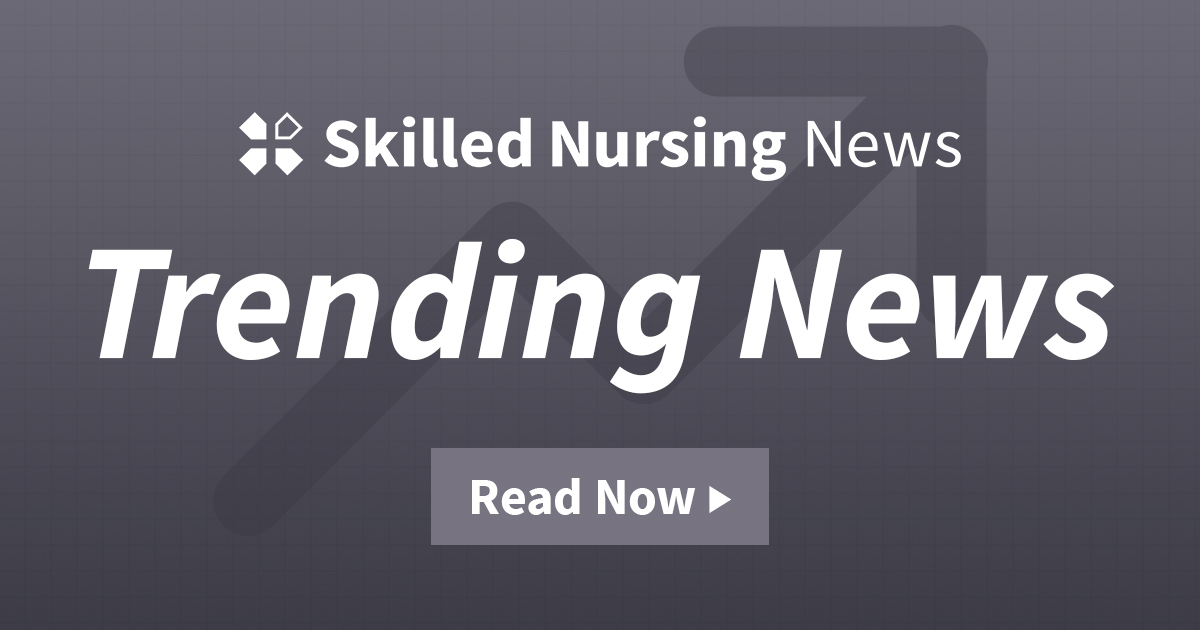 Associations are seeing occupancy from operators due to crippling staff shortages, including the American College of Health Care Administrators (ACHCA), whose membership consists largely of nursing home administrators as well as students and retirees.

New President and CEO Bob Lane spoke to Skilled Nursing News about this vicious circle and how he plans to work for members in the years to come.

Lane has over 34 years of long-term care industry experience starting with the National HealthCare Corporation (NHC) and leading initiatives for the Oklahoma Quality Improvement Network-Quality Improvement Organization (QIO-QIO). More recently, he has been known for his consulting work with BKD CPAs and counselors.

Lane will officially begin on September 7th. He was the former CEO of ACHCA and has been a board member since 2013.

This interview has been edited for length and clarity.

What do you hear from the members in terms of staff and utilization?

The occupancy had only just started to recover to some extent, and then of course this next round of delta hits. I have never seen buildings that limit their occupancy due to staffing levels. They self-limit their income while having these exorbitant expenses on the working side. That’s not a good equation for long-term success.

How has the Biden government’s vaccination mandate exacerbated this situation?

As an individual, I can tell you that while it is a noble endeavor that staff must be vaccinated, even if they are tied to federal funding, the weeding out of a segment of the healthcare profession has a devastating effect on the ability of these providers to provide even a few give the elders in their care the appearance of quality care. With around a third of the nursing staff not vaccinated, this requirement would result in these people being pushed into other sectors, creating an unbalanced playing field.

What other concerns do you see for administrators?

The direction the profession seems to be going in relation to Medicare Advantage. I saw a headline … calling for Congressional intervention regarding Medicare Advantage plans and how one-sided many of them are.

As Medicare Advantage becomes the dominant Medicare payment method, it will have a huge impact on the dollars available, as well as the turnaround time for your revenue stream.

I think we need to keep an eye on the future, even if the industry sees this as a short-term victory as CMS has not made any adjustments. PDPM, we were only there five months when this pandemic broke out.

Marc [Zimmet] advised that this could backfire on us in the form of even higher adjustments. [But] I don’t think we’re in a good position right now to say, ‘Okay, go ahead and adjust.’ I just don’t think that’s sensible, especially given the problems we have with the delta resurgence, the absolutely crippling problems with staffing; We need every dollar we can get.

By the time we have a year later, we’ve already plowed the field a bit here so CMS better understands where we’re from, and the adjustment may not be that bad, if at all.

Are other advocacy efforts for ACHCA in the works?

We’re still trying to get the rest of the Provider Relief Funds [PRF] distributed. There are 20 billion left. I know that work is being done by both major trades to get the administration to release it.

What changes or additions do you intend to make to the organization?

It is very important to me that we have an infrastructure that enables us to have a regular and continuous dialogue with our members. That’s something we don’t necessarily have right now. It can be informal at various meetings or phone calls, but we have no way of tapping on feedback from our members on a regular basis.

How are you going to do that

We have not conducted any regular member surveys. And as you can imagine, members are the lifeblood of any association, and if you don’t hear from them regularly, it degrades the value of membership we must have.

Were there challenges at the beginning of your career that influenced your decisions or your leadership style today?

[NHC] was in expansion mode, they pulled me to a building in St. Louis they’d just taken over, and I got to experience a lot of different things from digging through personnel files that were over 20 years old to trying to figure it out how to get there Peeling wallpaper from the walls. It was quite a comprehensive experience in a variety of areas.

They also had a union, instead of closing the building and decertifying the union, they just threw away the census and kept it open, which kept the union there. Eventually the staff decertified it themselves, but that was my first contact with organized work.

In a scenario like the one I did, in the midst of an attempt to unionize, you become very sensitive to the concerns of the staff … you will not survive if you are not a good listener.

It has helped me be more cooperative and it made me realize that the best decisions are often made when you at least consider those where the decision affects them. Instead of the paternalistic “I know what is best” approach from the top down, a lot of my style is going to be more collaborative. This doesn’t mean that I’m not ready to make decisions and make decisions as needed, but I usually look for feedback to get as much information as possible to help make the best decision.

So how do you apply these lessons to the myriad of challenges nursing homes and their administrators face today?

We do a good job of caring for the patient or the elderly, but we have not consistently done a good job in all areas of caring for our staff. A competitive advantage is a strong, supportive nursing culture led by a leader who is well versed in it.

I think colleges and other associations both have an opportunity – if we don’t just focus on providing education or some of what I would call hard skills.

[Our members are] exhausted, often overwhelmed, and yet young people still come into this profession. We have to give them a boost so that they not only have confidence in their abilities and skills, but also know that they are not alone in this boat. 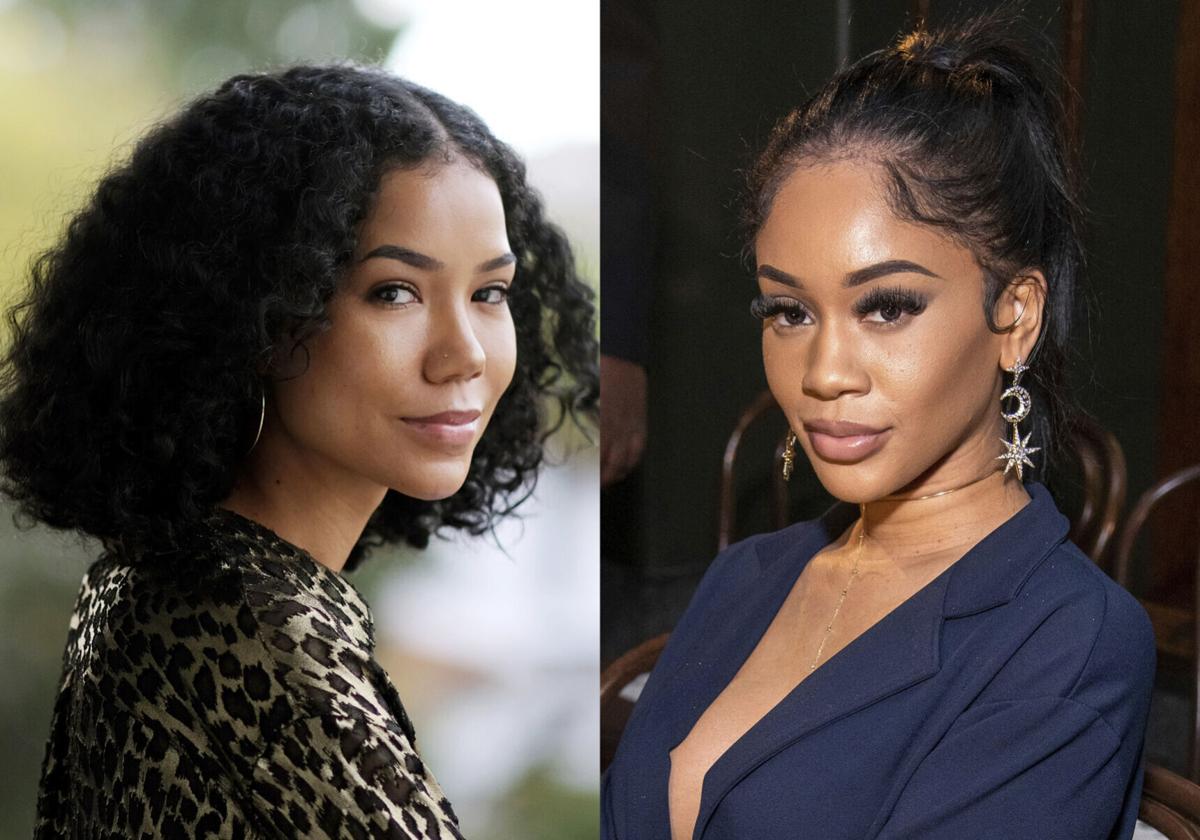 Jhené Aiko poses for a portrait in Los Angeles on December 7, 2020, left, and Saweetie attends the Brandon Maxwell runway show during New York Fashion Week on February 8, 2020. Platinum-selling artists of part Asian origins, including The R&B -Singer Aiko and rapper Saweetie will appear in a TV special from the Asian American Foundation (TAAF), the newly formed organization to improve AAPI advocacy.


From the Associated Press

TAAF announced on Thursday that English icon Sting will also appear on “See Us Unite for Change – The Asian-American Foundation Serving the AAPI Community”. It will air on May 21 on a number of channels including MTV, BET, VH1, Comedy Central and Facebook Watch.

TAAF is launching as anti-AAPI hatred and violence persist at alarming rates. Actor Ken Jeong will host the special, which will include appearances by Daniel Dae Kim and Lisa Ling and “will include testimonials from leading figures in Asian American public life and those working to bring about change,” the organizers said.

The TV special coincides with the TAAF “See Us Unite” campaign launched on Thursday designed to expand support for the AAPI community. The Ford Foundation, the MacArthur Foundation, the Henry Luce Foundation, and the Wallace H. Coulter Foundation have partnered with TAAF for the campaign. Funds raised will benefit several grassroots-led efforts including Stop AAPI Hate and Asian Americans Advancing Justice.

Aiko, a part Japanese, is one of the top stars of R&B and has achieved multi-platinum status with songs like “Sativa”, “While We Are Young” and “The Worst”. Saweetie is of Chinese, Filipino and Black descent and has released hits like “Tap In”, “My Type” and “Best Friend”.