TAIPEI, September 2, 2021 / PRNewswire / – As nations around the world try to take control of cryptocurrencies to prevent financial crime, ACE exchange, a leading cryptocurrency exchange based in Taiwan, has proactively implemented numerous measures to meet the relevant requirements and to contribute to the fight against money laundering, Taiwan Regulators to create a safe and transparent cryptocurrency environment.

David Pan, founder of ACE Exchange, says security is a top priority for the company

To achieve this, ACE Exchange has partnered with KPMG, KGI Bank, CYBAVO and Lockton to provide AML and other financial crime protection on its platform and to provide a secure crypto trading platform for all users.

In recent years, crypto assets have grown in importance, especially among young investors. The exponential increase in popularity has also raised concerns about the inherent risks of unregulated transactions between cryptocurrency holders. To prevent cryptocurrencies from becoming a money laundering channel, authorities have tightened regulations for the industry, including the New Taiwan Cryptocurrency rules issued on July 1 which cryptocurrency exchanges require to verify and evaluate user identities.

“ACE Exchange has worked with KPMG to take relevant anti-money laundering and terrorist financing practices by rigorously verifying user information and identities prior to the introduction of the new Taiwanese AML regulations for cryptocurrencies Taiwan Criminal and investigative agencies to help set up comprehensive anti-money laundering mechanisms in the crypto room, “said David pan, Founder of ACE Exchange.

Security is a top priority at ACE Exchange

ACE Exchange offers double protection for the new Taiwan dollar and crypto assets. In 2020 the company founded the “FIA Fund Trust Custody” together with the KGI Bank. ACE Exchange is operated by the world-renowned blockchain security company CYBAVO and is equipped with a state-of-the-art security system for digital assets and a third-party digital wallet for users.

Since its inception, ACE Exchange has prioritized security and user protection, which in partnership with the world’s leading law firms, accounting firms and financial institutions has laid a solid foundation for regulatory compliance regarding AML and KYL.

In 2021, Rex Chu, Risk Consultant and Executive Vice President of Forensic Accounting Services at KPMG Taiwan, assisted ACE Exchange in planning product development and operations in accordance with the relevant Taiwan Laws and regulations to meet the standards of high profile financial banks. It has put ACE Exchange at the forefront of the crypto industry in building and strengthening its risk management protocols and user protection mechanisms.

Founded in 2018 by David pan, former COO of KPMG Innovation and Startups, ACE Exchange is one of the largest cryptocurrency platforms with first-class digital security measures in Taiwan. It currently ranks second in Taiwan in terms of trading volume in Bitcoin, Ethereum and StableCoins. The brand has set itself the goal of building the most professional fiat-to-crypto exchange and providing a channel for easy access to cryptocurrencies for all Taiwanese people.

ACE restructured its system and finally achieved the goal of converting all operations to a digital format. This is a change of era, a transformation that is setting higher standards in the remittance industry.

The biggest benefit of digital transformation is changing the mindset. There is no alternative to digitization, and visionary companies keep offering their customers new, amazing options.

ACE continues its deep dive and looks closely at where it excels. The company strongly believes that no digital strategy is complete without advanced technology, and ACE technology appears to be more advanced and faster than ever.

Rashid AshrafACE Money Transfer CEO said, “We believe in advanced technology and have invested to explore the technological aspects of each customer. The future has a lot to offer.”

From small to large transactions, technology has been an integral part of what to do and how to do it. With simple clicks on smartphones or laptops, you can connect to the world of your desires in a matter of seconds.

The end-to-end digital payment experience is beneficial for customers. Additionally, this is a plus in terms of community guidelines and home ordering compliance as COVID-19 and ACE are focused on enabling customers to make real-time digital payments.

By using ACE online, the user saves the hassle of visiting agents and carrying around cash. Before that, they worked with agents for many years. However, ACE took the initiative to take the plunge and go completely cashless. This maneuver shows that ACE wants to be a titan in the remittance industry – not just for now, but in the long run.

It is imperative that companies align themselves to changing market paradigms in order to ensure growth and sustainability. For ACE, going fully online was an age-old dream that is now becoming a reality. ACE Money Transfer is now a digital company.

ACE has been operating since 2002 and has its business in a small shop in Bolton, UKwith a very small customer base. A mixture of tenacity, hard work and a lot of determination led ACE Money Transfer to build a network of more than 300,000 payout offices and over 1.3 million customers worldwide. The company’s main goal is to innovate and be successful in the money transfer business. 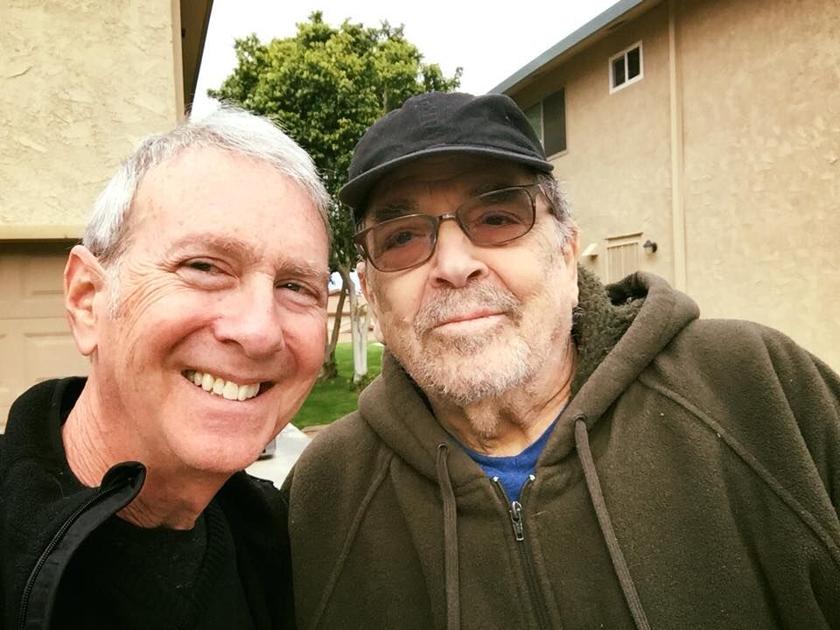 One of Detroit’s beloved Radio Air Aces came to rest this week.

Jerry Lubin, who was a pioneering aerialist on the city’s burgeoning FM radio scene in the late 60s and 70s, passed away on Thursday, February 4th, aged 80 in La Quinta, California of COVID-19.

“Jerry was one of the original pilots,” said Kim Sulek, who was working on a documentary on Detroit radio at the time. “Detroit has a handful of legendary underground disc jockeys, and Jerry is one of them. He had a different way of talking to people and he knew his music.”

Long-time friend and colleague Harvey Ovshinsky added, “Of all the Assen, I was impressed that Jerry was such a family man – very rare in our circles. He will forever remain a legend in Detroit radio history. When we worked together I’ve always envied how relaxed and comfortable Jerry was in the air … “Try to smile as you read the copy,” Jerry taught me. “You won’t see the smile, but it will help the medicine go under. “

Commented his brother-in-law, Mark Beltzman, a fan of Lubin’s radio work before he married the disc jockey’s younger sister Beverley, “He had a tremendous ability to be 100 percent honest and honest and real and as authentic as you can possibly be Man. I loved that about him and learned so much from him. “

He was born in Detroit and graduated from Mumford High School. He briefly attended Wayne State University before joining the U.S. Army. He began his radio career as Jerry O’Neal in Rogers City, Michigan, where he also played, before joining Flint and then WABX when it launched as Detroit’s first “progressive” FM radio station. There he was one of the Air Aces, a corps that included aerial personalities such as Larry Miller, Dan Carlisle (the only surviving member of the station’s original list), Dennis Frawley, Jerry Goodwin, and others.

Lubin later moved to WXYZ-FM, which became WRIF, and then to WWWW-FM, where he spent time as the station’s program director. “Jerry has been a mentor to me,” said John O’Leary, a veteran of Detroit radio who started his career at WWWW over the weekend. “I was really raw, damn nervous, and one day Jerry took me to a meeting – that was ‘John, let’s get in your car and go to Belle Isle.’ And he said to me, “When you’re on the radio, just be yourself. And remember, you are only talking to one person, not a large group of people.”

“That was the best advice I’ve ever received on the radio.”

Lubin’s path took him to the West Coast for a while, working in San Diego and spending time with his young family in a Washington State community. He returned to Detroit for a second stint at WABX, where he hosted the popular Lunch With Lubin, and then spent time in Toledo and at WLLZ-FM in Detroit. He also worked for Sam’s Jam’s record store in Ferndale.

“Jerry was just the nicest guy, never said a bad word about anyone,” recalled owner Steve “Sam” Milgrom. “And he helped the bands. He had relationships with record labels and he told them, ‘You have to sign this band. These guys are great!'”

After leaving the radio, Lubin, who was married to his late wife Rosalie for 45 years, worked for the United States Postal Service for many years before moving to California to be closer to his sons Adam and Ethan. Lubin is also survived by her spouses Lauren and Erika – four grandchildren, his sister Beverley and his younger brother Vincent.

The family hopes to hold a memorial service sometime in the future when such gatherings are possible.