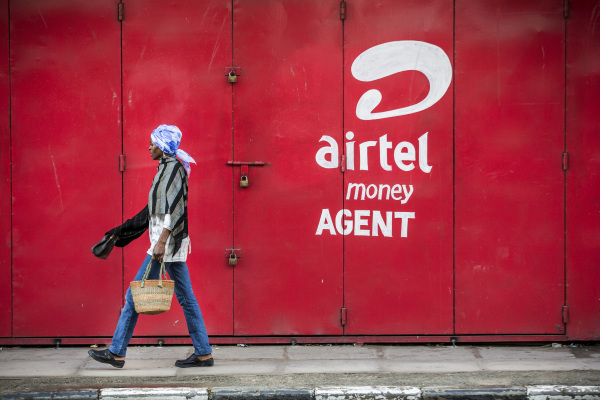 In February the telecommunications listed in London, Airtel Africasaid it plans to sell a minority stake in its mobile money business to raise cash and sell some assets.

The company appears to have found an investor when it announced this The Rise Fund, the investment firm’s global impact investing platform TPGwill invest $ 200 million in its mobile cash arm.

With the investment, the mobile money business – Airtel Mobile Commerce BV (AMC BV) – will be valued at $ 2.65 billion. AMC BV is a subsidiary of Airtel Africa and the holding company for several Airtel Africa mobile money transactions in 14 African countries including Kenya, Uganda and Nigeria.

AMC BV says the holding company will take advantage of the investment Reduce debts and invest in network and sales infrastructure in the respective operating countries. The deal will close in two tranches – $ 150 million invested on the first close and $ 50 million to be invested close on the second.

After the conclusion of the contract, Airtel Africa will continue to hold a majority stake in the company and is also looking into the possibility of going public within the next four years.

“Our markets do it considerably Market potential for mobile money services to meet the needs of tens of millions of customers in Africa who have little or no access to banking and financial services, and this demand is driving growth, ”said the CEO of Airtel Africa Raghunath Mandava said. “With today’s announcement we have to be glad We welcome The Rise Fund as an investor in our mobile money business and as a partner to help us realize the full potential of the considerably Opportunity to bank the Unbanked across Africa. ”

Airtel Mobile Money Business, one of the many players driving financial inclusion across the continent, offers a range of services. These include deposits and withdrawals for mobile wallets, payments for merchants and traders, credit transfers, loans and savings, virtual credit cards and international money transfers.

TypicallyThese services are available in all countries of operations with the exception of Nigeria. In the West African country, Airtel has embarked on a partnership with local banks, but has now applied for its own mobile banking license.

AMC BV benefits from a strong offline presence of kiosks, mini-shops and agents connected to the core telecommunications business. And meTo drive growth this year, the company has partnered with Mastercard, Samsung, Standard Chartered Bank and WorldRemit, among others, to expand both the reach and depth of its mobile money offering.

Yemi Lalude, a partner at TPG who leads Africa investments for The Rise Fund, said telecommunications is the gap between traditional financial institutions and the millions of Africans, given that financial inclusion is a global problem most acute in Africa closes without bank details.

“We look forward to working with Airtel Africa to improve mobile money services, expand use cases and enter new markets. With this investment in Airtel Africa’s mobile money business, we have are excited to expand the Rise Fund’s global fintech portfolio and further deepen our focus on improving financial inclusion in Africa and around the world, ”she said.

Last year TPG did more than $ 5 billion in assets under management invested $ 600 million in Reliance Jio. The telecommunications operator is a competitor to Airtel Africa’s parent company, Bharti Airtel. This is an interesting detail, even though the two systems address different markets.