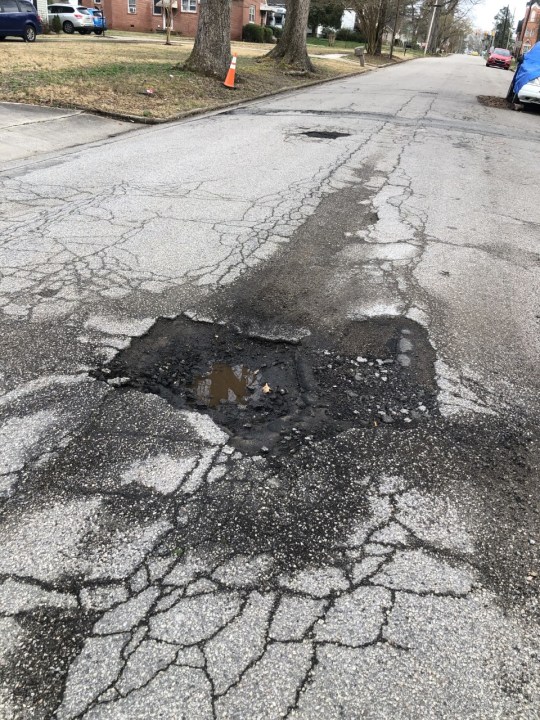 SPRING HOPE, NC (WNCN) – A driver reached out to CBS 17 in hopes of getting answers on a road driving him crazy.

He says it’s been like this for years and he wants the city to appear on the streets again.

“There’s a big problem with sinking pavement and new potholes that are so big that you have to drive all over the street to avoid them. Mix that with cars parked on the side of the road and it could lead to disaster for motorists, ”said Steven McArthur, a Spring Hope resident.

He said the issue had been brought to the council meeting several times but nothing would be done.

“The last excuse we heard was that this was a private road, but I’m not sure how they justify it,” McArthur said.

After accomplishing nothing, he reached out to Laura Smith at CBS 17 for answers.

Spring Hope city manager Jae Kim admitted that the road needs to be paved again, but the city does not have the means to do so.

“A full repair is required, but we don’t currently have the funds on our Powell bill to fix it. However, in our future road improvement plan, it is high on the list, ”said Kim.

In the short term, the city said the crews will be working on several potholes in the city, including the one on N. Walnut Street.

“We are waiting to be added to your schedule shortly,” said Kim.

CBS 17 will stay abreast of this story and provide updates as new information enters the newsroom.

If you have something that is driving you crazy on the streets, email Laura Smith at LSmith@CBS17.com.