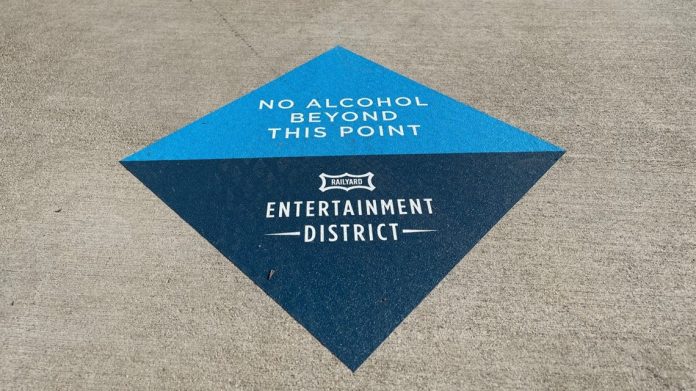 The space is intended to attract visitors to downtown Rogers as part of a revitalization effort.

The space is intended to attract visitors to downtown Rogers as part of a revitalization effort.

You can visit Railyard Park and explore the shops downtown.

The hiking trails at Lake Atalanta and the Railyard Bike Park are nearby.

There are limits in the Railyard Entertainment District where guests can consume alcoholic beverages outdoors within certain hours and in accordance with Arkansas law. These opening times are Monday to Friday, 4:00 p.m. – 10:00 p.m. and Saturday and Sunday, 10:00 a.m. – 10:00 p.m. Drinks must come from participating companies in the Railyard Entertainment District and be included in a compostable District Cup. The city will provide cups in designated collection bins in the region.

Companies participating in the Railyard Entertainment District have signs on their windows.

The town limits are signposted on footpaths and cycle paths.

Live concerts will be played on Fridays and Saturdays on the Butterfield Stage in Railyard Park starting June 5th. You can see the line-up and ticket information Here.

For more information on the Railyard Entertainment District, Click here.