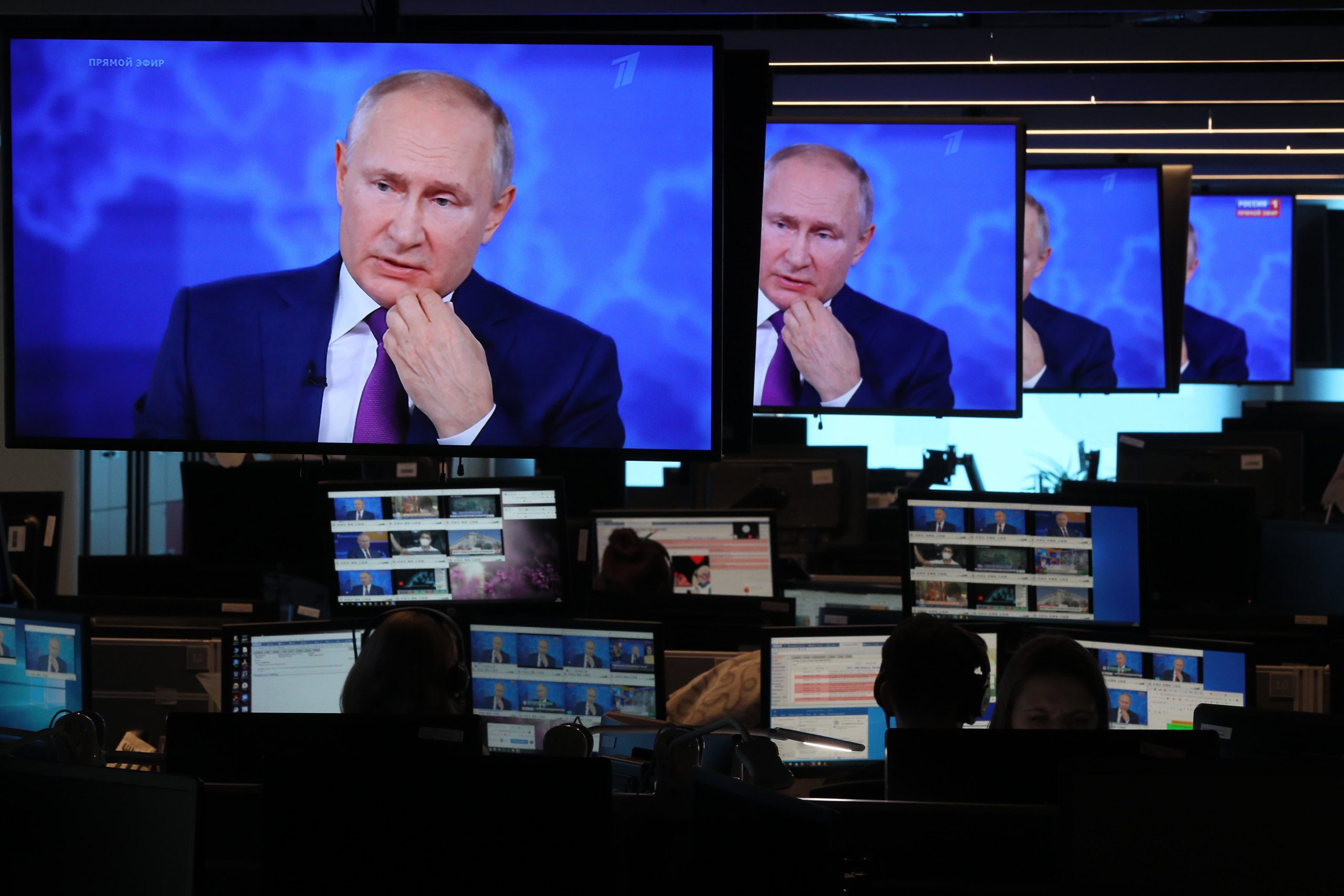 Watching a live broadcast of the annual phone call of Russian President Vladimir Putin in the newsroom of the TASS news agency.

Russian President Vladimir Putin said on Wednesday he received the Sputnik-V coronavirus vaccine as the Kremlin struggles to convince a skeptical public of the benefits of vaccination.

“I thought I needed protection for as long as possible. So I decided to vaccinate with Sputnik V. The military are vaccinated with Sputnik V, and after all, I am the commander in chief,” Putin said during his annual conference call at the public asks questions to the President.

“After the first shot, I didn’t feel anything. About four hours later there was some tenderness where I had the shot. I took the second.” [shot] at noon. I took my temperature at midnight. It was 37.2 [Celsius]. I went to sleep, woke up and my temperature was 36.6. That was it, “Putin said in a Reuters-translated commentary.

Putin had previously refused to say which Covid vaccine he received in March and the Kremlin said it would keep the information “secret”. Putin was not filmed or photographed when he received the shot, leading to speculation among the Russian public and the international press that he had not received any Russian vaccine at all.

Doubts about Putin’s vaccination status have not helped alleviate Russians’ apparent reluctance to get a Covid vaccination. despite incentives for older people to have the injection.

Russia has now approved four home-grown vaccines for use and became the first country in the world to approve a coronavirus vaccination, Sputnik V (its most famous vaccine), last August.

The fact that the vaccine was approved prior to the completion of clinical trials caused a stir in the global scientific community and is believed to have contributed to public skepticism about the vaccine’s safety and effectiveness.

Nonetheless, interim analysis of the Phase 3 clinical trials of the shot, with 20,000 participants and published in the medical journal The Lancet in Found in early February that it was 91.6% effective against symptomatic Covid-19 infection. Russia has tried to sell its vaccine to several countries around the world, especially its allies.

Still, vaccination rates at home remain very sluggish, much to the chagrin of Putin, who has extolled the benefits of Russian Covid vaccines and encouraged the public to take up vaccination. The vaccination rate is lagging behind many countries, including India, Mexico and Brazil.

Our World in Data figures suggest that 12% of the Russian population have received two doses of a vaccine, while 3% are only partially vaccinated.

Putin’s comments come as Russia struggles to contain Covid and the Delta variant in Moscow and St. Petersburg. Last Friday, the Russian coronavirus task force reported 20,393 new Covid cases, most of the cases confirmed in a single day since January 24, according to Reuters. 7,916 new infections were in Moscow. Russia has recorded nearly 5.5 million cases since the pandemic began.

During the question-and-answer session in front of various members of the public from across Russia, Putin raised a variety of issues including rising food prices, energy infrastructure, relations with Ukraine and housing issues. Over 1 million questions were put to Putin, the TASS news agency reported.

With regard to the compulsory vaccination of the population in view of the low vaccination rate, Putin repeated on Wednesday that he still disagreed There were steps, however, to get the Russians to accept the shot, with the prospect of restrictions and possible job losses for those who do not accept it.

In Moscow, for example, officials said that 60% of workers in the service sector must receive an initial dose of a Covid vaccine before July 15th.