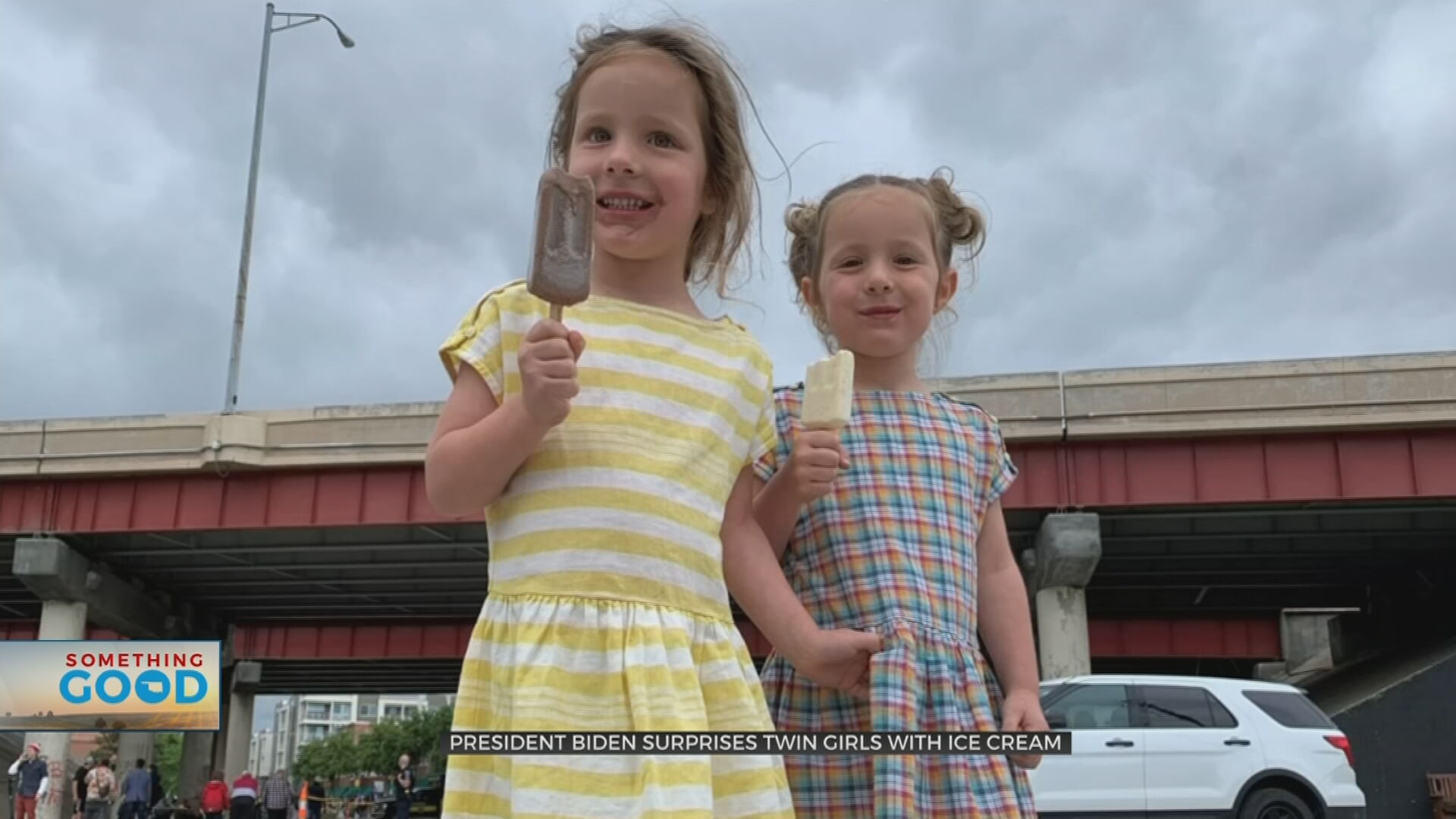 There were some memorable quotes from President Biden’s Tulsa speech, but for two little girls the memorable moment was just before he spoke.

Lots of people came to Greenwood hoping to spend a moment with President Biden – but only two little girls left with money for ice cream.

The moment came just after the President’s introduction when he – surely – caught sight of the youngest members of the audience. The President stepped off the podium and walked over to a woman with two little girls for a brief interaction that briefly confused the crowd.

Back on the podium, the President declared, “I had to make sure these little girls got an ice cream.”

As the girls and their mother Lisa Madden emerged from the speech, she explained what had happened.

“He came over and gave them something discreetly and I didn’t even see what he gave them and he told them to get some ice cream,” Madden said.

The twins are four and a half and are called Nola and Indie. Madden is on the board of directors at the Greenwood Cultural Center, so they had a front row seat.

The President said the ice cream was their payment.

“My lord, I have to sit out a speech from the president. In my faith we call it purgatory, ”said Biden.

The girls came out with a plan and hit the streets and quickly returned with the ice cream – courtesy of the President – that was worth the day for these two little girls.