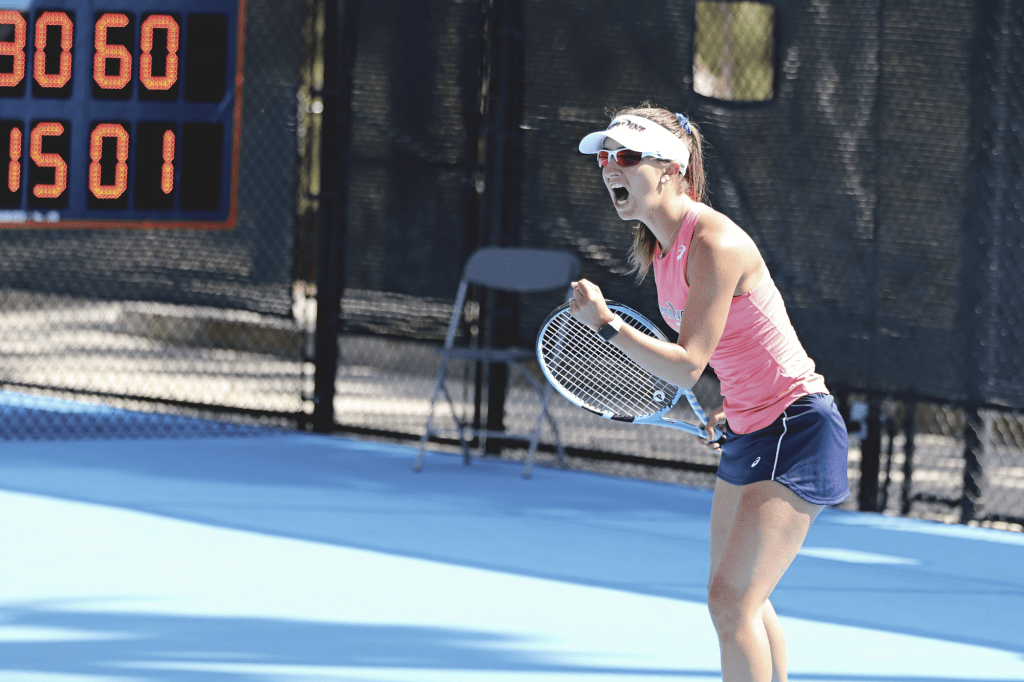 Sophomore Astrid Olsen prepares for a double game against Santa Clara on March 25th at the Ralphs-Straus Tennis Center. This was Olsen’s first game since February.

The No. 7 The Pepperdine Women’s Tennis Team competed against Santa Clara in a WCC matchup on Friday March 25th at Ralphs-Straus Tennis center in Malibu. The Waves dominated the Broncos in a 7-0 game without dropping a set, and are now 11-2 on the season with a 2-0 conference record.

The match began with strong double performances by the Waves as duos in their sophomore year Lisa Zaar and No. 115 student in the first year Taisiya Pachkaleva and Redshirt newbie Lexi Ryngler and the second year Astrid Olsen Everyone won their games 6-2.

“Taisiya and I really enjoy playing doubles together and we cheer each other on,” said Zaar. “We have a lot of fun on the pitch and if we play well in doubles, that means our singles too.”

Ryngler and Olsen achieved an easy win despite a completely new competitive partnership.

“Astrid and I play together all the time in training, but we haven’t had a chance to play together in a match,” said Ryngler. “It was great to play with her and we were finally able to use our practice.”

The waves continued to dominate in individual games No. 14th PhD student Jessica Failla continued her formidable game when she defeated Jenna Marie Gordon in two sets 6-0, 6-1. Failla was before No. 33 in the preseason survey.

PhD student Ashley Lahey, classified number 1 He didn’t play the Broncos last season and dropped out of the top 125 rankings due to a hand injury.

Zaar won their match 6-1, 6-0 shortly after Failla’s win to bring the Broncos to the brink of defeat.

“I want to build on the dynamic with which I win every point, game and set and I think that showed that I only lost one game today,” said Zaar. “It shows that I have a lot of focus that I was able to keep throughout the game, which I was excited about.”

Pachkaleva’s win gave the Waves the crucial point as they won their match 6-2, 6-2.

After the clinch, the Waves and Broncos continued to play doubles, and Olsen contributed 6-0, 6-4 to the team’s performance. It was the first time since February that Olsen had played in a match.

“I hadn’t played a single game so I got back into the groove every point,” said Olsen. “I had fun and I’m very grateful to be able to play in a time like this.”

Ryngler then won her match in fourth place 6: 3, 6: 1 and, as a newcomer, makes a strong impression in the line-up.

“I was focused on my match, but slowly I saw our girls leave the field and I was excited to see how well they did,” said Ryngler. “Seeing Lisa and Jess win so quickly definitely gave me a confidence boost so I just wanted to keep the momentum going.” 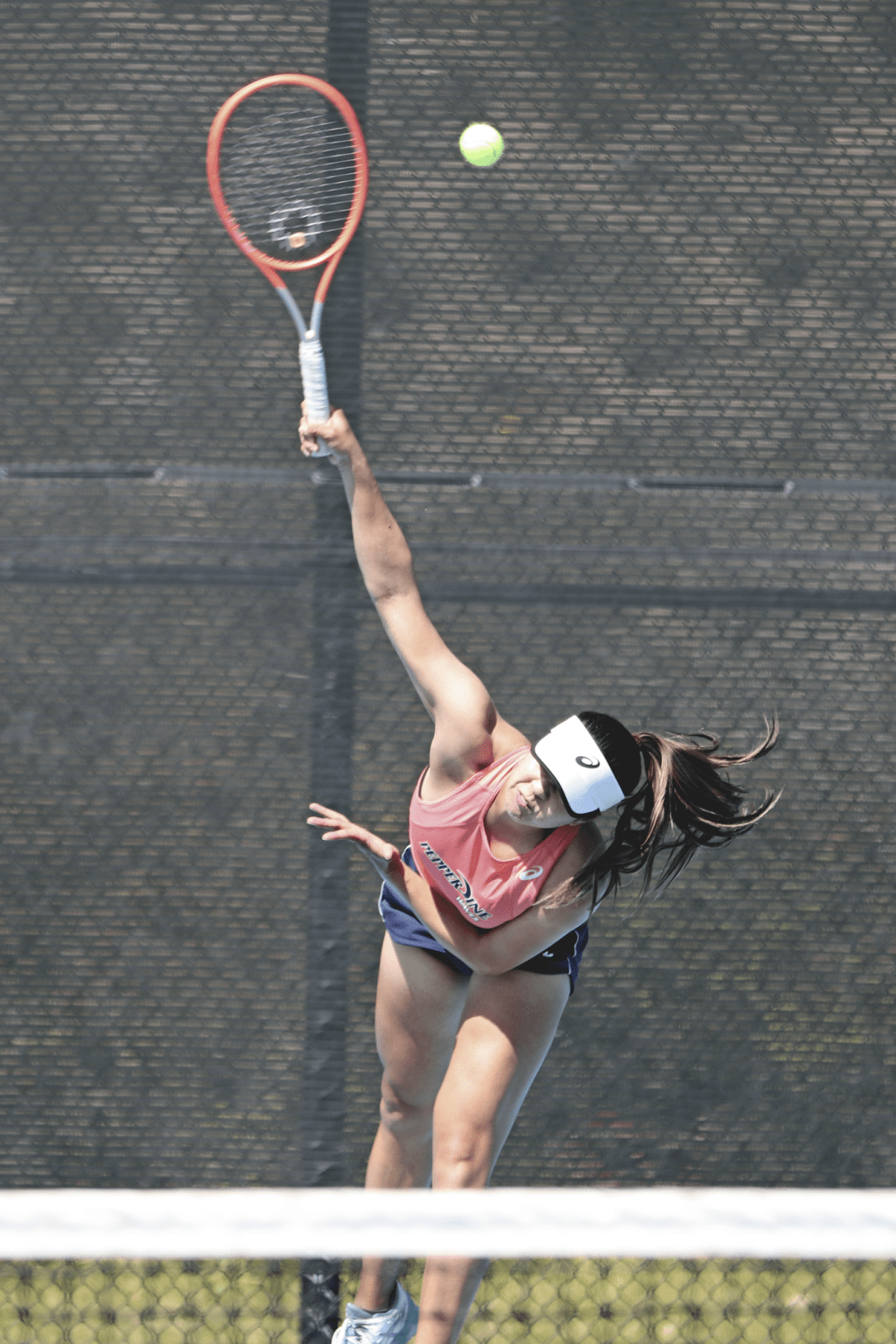 The PhD student Shiori Fukuda will play in her single game against the Broncos on March 25th. Fukuda’s victory in the individual gave the Waves the decisive success. Photo credit: Ali Levens

The waves enter the heart of their season as WCC play continues and games against them continue for the next several weeks No. 35 Stanford on April 2 and No. 25 UC Berkeley April 4th.

“We are very excited to play against the best teams in the nation and we had great victories against them earlier this year,” said Zaar. “We like to play hard games and we want to find out how good we really are.”

Ryngler said she was looking forward to the challenge of playing top teams.

“We’re really excited to play against teams like Stanford and Berkeley again and everyone is looking forward to it,” said Ryngler. “We know how challenging it will be, but we’ve trained really hard and I know we can beat them again.”

Like her teammates, Olsen knows the team is training hard right now but is confident that it will pay off later.

“I think people got into this game a little more tired than usual: it’s just the training load we just put through,” said Olsen. “I have the feeling that we are prepared for whatever comes our way.”