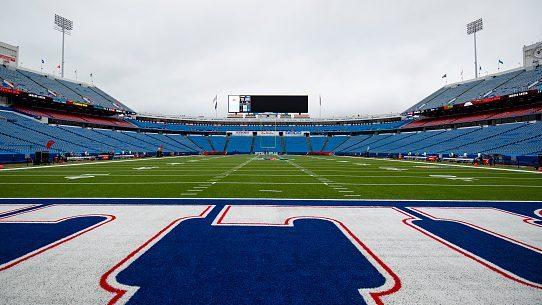 For most of the new stadiums funded with public money, taxpayers do not pay the full bill. In Buffalo, that’s what the Bills want the citizens to do.

According to Tom Precious of Buffalo News, Pegula Sports and Entertainment has tabled a $ 1.5 billion proposal for a new Bills stadium and renovation costs for the arena where the Buffalo saber Play hockey. According to the report, the proposal is calls for the cost of the new Bills Stadium to be fully covered by public funds.

According to the report, this is a “non-runner”.

And here’s the kicker from the article that will meet a loud and hostile reaction from all Bills fans in Buffalo who refuse to acknowledge the reality that football is a business: “The team has no open threats, according to sources Definitely leave Buffalo if it doesn’t get the full funding request, but it has made it clear to government negotiators that there are other cities elsewhere that would want and pay well for an NFL franchise.

Here is the fundamental reality when it comes to stadium politics. The owners ask for free money to keep the team where it is. When that money isn’t available, they look to other cities that would be willing to pay the bill – either as leverage or as a real and genuine alternative.

That’s why the Raiders left Oakland. They couldn’t get much (or any) public money to stay where they were. You have a huge amount of it to move to Las Vegas. So they did.

And when a team is going to pay for their own stadium (Bill’s co-owner Kim Pegula previously said they cannot afford that).

That’s why the Rams left St. Louis. Stan Kroenke, who could have gotten sizable public money in St. Louis, decided to write the check for his own apartment because he believes it will pay off and more.

It’s too early in Buffalo to suspect the Bills might move. However, the Pegulas may have to convince state and local officials that they are ready to move the team in order to get the kind of public money they want.

It is also quite possible that the 100 percent proposal is just a prelude and that the Bills are willing to partially finance the stadium with Pegula funds or PSLs. Regardless, the end result will surely be somewhere between 100 percent and zero; the fact that everything is supposed to be covered by taxpayers’ money suggests that the total death toll is closer to 100 than zero.

We’ll see where it goes from here. The Pegulas supposedly want a quick fix. The current lease expires in 2023. So the clock is ticking and the battle lines come into focus. At a time when Bills fans have reason to look forward to their team, they may soon have to worry about the potential exit.