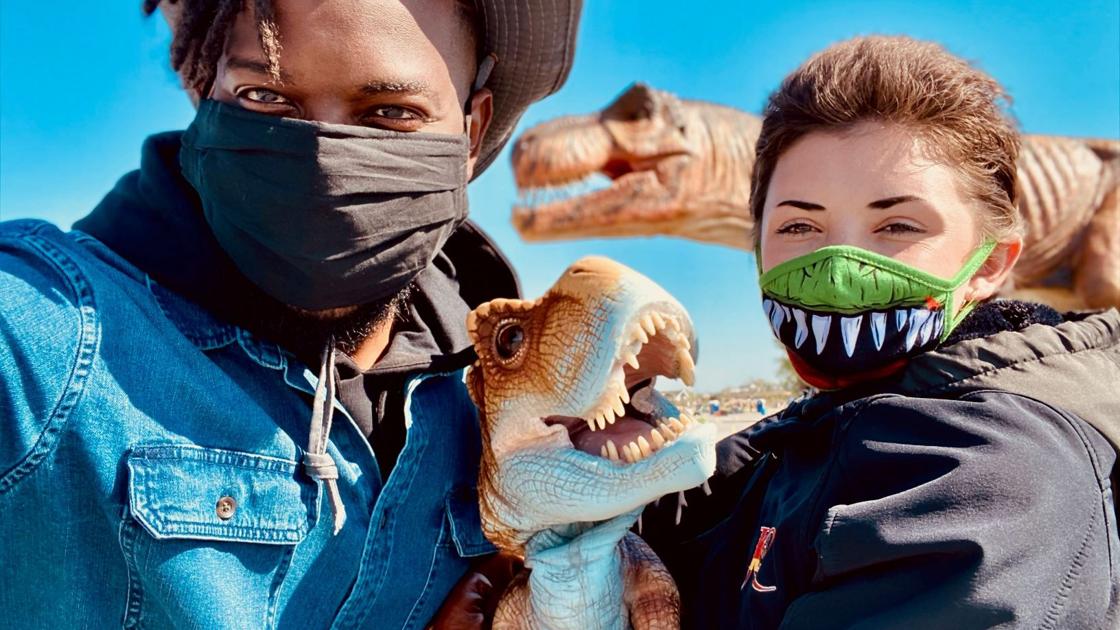 From dinosaurs to fighter jets to the long-awaited waterfront carousel opening, Buffalo is a summer full of special events. A bonus: they’re all family-friendly. Here’s a quick look.

Also lions, tigers and sea dragons – this magnificently restored carousel opens for rides in a solar-powered round house on Canalside on Memorial Day. Designed and manufactured by Spillman Engineering in North Tonawanda in 1924, it is back home in Boston after decades with its original owner, Demenick De Angelis. This rare menagerie park style carousel, believed to be only one in a dozen, has 30 horses and a lion, tiger, ostrich, deer, giraffe, mule, and sea dragon. It is open from 11 a.m. to 7 p.m. through October 15.

The U.S. Navy Blue Angels’ jet demonstration will soar in the sky over the Outer Harbor as part of its 75th season. New are the F-18 Super Hornets and the C-130 J-Model “Fat Albert” as well as the F-16 Viper Team, the C-17 Demonstration Team and the Canadian CF-18 Hornet Team of the Air Force. Other entertainment options include aerobatic world champion Rob Holland and local performer Rick Volker.