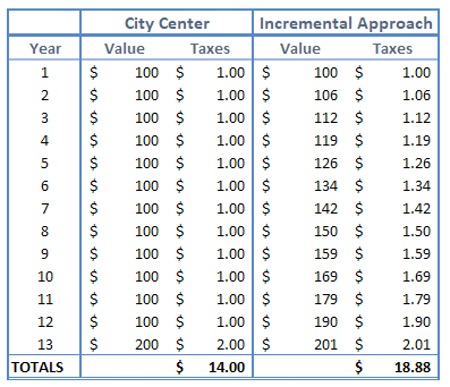 In the early years of Strong Towns, I analyzed certain projects and development patterns, breaking down into simple prose all the ways that they made a city bankrupt.

It was powerful stuff, but it was also pretty caustic. I was angry and felt helpless and defeated. Writing was the productive exit to my frustrations, loneliness, and depression.

Today I have you, an audience of millions, and a movement of thousands of members, many of whom are doing amazing things. I don’t feel alone, and the positive momentum we’re creating together has allowed my frustrations to subside and be replaced with the optimism that comes with real progress.

There is so much to do, but we are making progress.

When people send me articles about projects I would have delved deep into in the past and tore them to pieces in the hopes that any decent person who contemplated such a proposal would be deeply ashamed of them, I’ll leave that now almost always they pass. In fact, it feels a little mean at this point to write them like I’m knocking them down.

Still, this story from Mauldin, South Carolina – a city of 25,000 residents outside of Greenville – about a new development called the City Center makes me make an exception, if only for that one line from the news report:

Plans to use the property have been underway in some form since the city decided in 2009 to begin creating a formal downtown area.

Twelve years. More than anything, I want you to focus on that.

Part of the City Center Project in Mauldin, South Carolina.

I’m just reading Lucius Seneca’s On the Shortness of Life. It’s profound and affirming. The gist of the narrative is that time is what we all have and what we all equally spend. I’ll spend the next hour writing this column while you (hopefully) spend the next three minutes reading it. Regardless of whether one of us is rich or destitute, old or young, part of a privileged class or a disenfranchised population, our time expenditure is measured the same.

And our life is a set period of time. Once an interval has elapsed, it can no longer be recorded. Lost time cannot be made up for. We can make up for the time we think was lost, but we can’t make it up. Whatever our assignment is, that’s all we have. The last hour will come like a thief in the night.

Often times people are tightly fisted in guarding their wealth, but when it comes to wasting time, they are most wasteful of the one thing that is right to be stingy.

“To protect their wealth, men are often tightly fisted …” The newspaper reports – in a silly propaganda typical of those who lack curiosity or who may have chosen to tell a story – that the city center is “free” for taxpayers. This is of course not true as the article describes how to reclassify tax revenues and then redirect them to support the project. However, it’s important enough for Mauldin to cover it and answer the question of how this formal downtown area will affect her wealth.

However, the article only makes a passing mention of the waste of time. Mauldin is “most wasteful” in wasting time. There isn’t even an excuse. The website has been underperforming for over a decade and it is celebrated that something has now been achieved to remedy that. I assume there is no fear about it in the news because there is no meaningful fear about it in the community.

This is the tyranny we created for ourselves with the Suburban Experiment, the process by which we develop our places into a finished state all at once in large blocks. At Strong Towns, when we talk about the need to work incrementally, we are pushing against large projects – yes – but we are also fighting the waste of human capital and ingenuity that comes with being idle.

The greatest obstacle to life is the expectation that depends on tomorrow and wasted today.

Let’s go over the numbers. Oh yes there aren’t, and I don’t think it’s difficult to believe that nobody bothered to guide them. As with many such projects, there appears to be an article of faith – along with an outdated thinking about the true value of free infrastructure – which is reflected in statements like these (quoted from the article):

Pick a value for the property today, whatever you think is worth. It’s already developed, although I really can’t say exactly what it is. Suppose the City Center project doubles that value, an assumption that I consider generous given the history of such projects. Since the city of Mauldin has no sales tax or hospitality tax, the only “increased money that flows into the city” must come from an increase in property taxes. So this is the base case: twelve years of stagnation and then a doubling of the value.

Now consider an incremental approach where we used the strong cities approach to public investment and worked across the neighborhood to gradually improve property values. What annual increase in property value would be required if the property value doubled in those twelve years? The answer: 6%.

One way is to wait 12 years for all parts of a transformative project to come together and then do that project in the hope that once all infrastructure grants are withdrawn, more revenue will flow into the city. The other option is to develop a maintenance and incremental investment strategy that will increase property values ​​across the neighborhood by 6% per year for those 12 years.

If you neglect the increased tax base across the neighborhood and just focus on the downtown property, the incremental strategy will generate 35% more tax revenue over those twelve years. Plus the income from upgrading other properties. In addition, no infrastructure subsidy system is required.

This is the dollar cost of 12 years of waste.

The total cost must also measure the missed opportunity, suppressed innovation, and added risk. Yes, the incremental approach is more chaotic – testing the strategy with a tent or a bunch of food trucks isn’t as neat and polished as the city center proposal – but it could have been done 12 years ago. Instead of an outside developer, local entrepreneurs could have taken the lead. Instead of taking the huge risk that creating a new downtown area alongside a roofing shop and some storage sheds won’t work, the idea could have been tested and refined over the past twelve years at a relatively low cost.

Yes, in some ways it is more difficult. In some ways, Strong Towns’ approach is more chaotic. It might be easier to sit back and wait knowing that one day the big project will happen. This is not my version of leadership. Indeed, that is my definition of failure.

The city center is neither part of a real city nor the center of anything. You’re not building a “formal downtown” with a mall surrounded by a large parking lot. There is no neighborhood associated with this so called “center” so the idea that this is more than a novelty project is stupid. Oh, and your conversion of taxes into fees is a subsidy that costs taxpayers real dollars, though I’m willing to believe that you believe what you say. That makes you ignorant, not angry.

Ignorance can be cured. Read some Seneca. Get a sense of urgency. Then don’t waste any more time and build a strong city.

Charles Marohn is a Professional Engineer (PE) and a member of the American Institute of Certified Planners (AICP). He is the founder and president of StrongTowns.org. He was named one of the 10 most influential urbanists of all time by Planetizen in 2017.