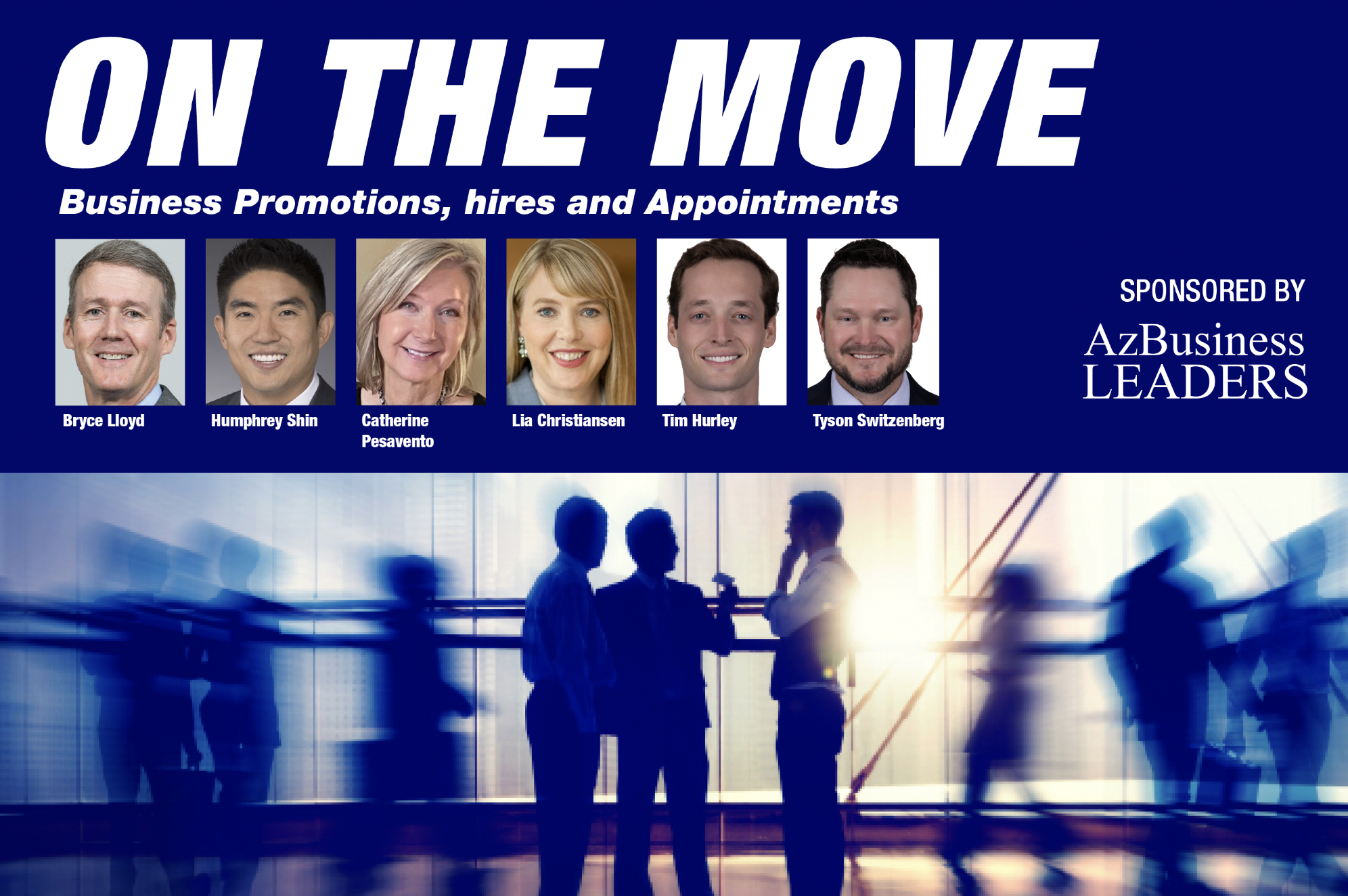 FirstBank, one of the largest banking-for-good private banks in the country, announced that Phoenix Market President Bryce Lloyd, and Humphrey Shin, will be retiring after more than 32 years with the company will enter the role starting Monday March 1st.

Lloyd began his career at FirstBank in 1989 as part of their management training program. He rose to various positions including SVP and EVP before being named Market President in 2007, where he was tasked with launching the FirstBank brand in Arizona. Under his leadership, Lloyd moved FirstBank’s Arizona presence from a $ 20 million asset to a thriving bank with 15 branches and nearly $ 1 billion in assets.

Lloyd was also instrumental in helping FirstBank and the Alliance of Arizona Nonprofits launch Arizona Gives Day, a 24-hour online fundraiser that has raised more than $ 23 million to nonprofits since the program began in 2013 collected in Arizona. Additionally, he was involved in numerous nonprofit and business organizations throughout his career including Coalition for the Homeless, Greater Scottsdale Boys and Girls Club, Valley Partnership, Scottsdale Chamber of Commerce, Arizona Bankers Association, among others.

“Thanks to Bryce’s initiative and direction, we have expanded our banking for good mission across Phoenix,” said Jim Reuter, CEO of FirstBank. “We applaud Bryce’s decades of leadership at FirstBank as he concludes the book of an incredible career.”

“It has been an absolute privilege to spend my career with a company that puts community support first,” said Bryce Lloyd. “I know that Humphrey is well prepared to take on this role and will continue to lead our region successfully.”

Following Lloyd’s resignation, Humphrey Shin, who currently serves as Executive Vice President for FirstBank, will assume the role of Phoenix Market President. Shin will be responsible for overseeing FirstBank’s Phoenix area branches, including the bank’s personal and business banking services.

“After many years working under Bryce and East Valley Market President Joel Johnson, I have seen what great leadership looks like from both a business and a wider community perspective,” said Humphrey Shin. “I look forward to taking on this new role and doing everything I can for the families, businesses and communities we serve.”

Shin has been in the banking industry for nearly 17 years, joining FirstBank as a management trainee in 2004 and rising rapidly before being named executive vice president in 2016, where he was responsible for business development, mentoring, and training for junior officers in administration a broad portfolio of business and commercial real estate loans. He also shares Lloyd’s passion for helping the local community and is a board member of numerous nonprofits including Valley Partnership, Goodwill of Central and Northern Arizona, and the Arizona Housing Coalition.

Switzenberg has been appointed Executive Vice President. He is a seasoned broker with 20 years of experience representing, developing and leasing retail tenants. He comes to Kidder Mathews from JLL where he was a consistent top producer and director of the retail practice.

“We chose Kidder Mathews because of the company’s culture and unique business platform. Both offer the flexibility to serve our customers in the best possible way, ”said Switzenberg.

Hurley has been named associate vice president, specializing in retail tenant representation and agency leasing. He was also with JLL before joining Kidder Mathews.

“We are excited to add recognized market leaders like Tyson and Tim to our growing and dynamic team in Phoenix. They and their clients will enjoy and benefit from our culture, ”said Mark Read, Kidder Mathews Regional President of Brokerage for the Southern California and Southwest regions.

Today, Kidder is the largest independent commercial real estate company on the West Coast Mathews has aggressively expanded many of its specialty groups as it grows. The expansion of the Switzenberg and Hurley team is important to the expansion of the company’s retail brokerage services in Arizona.

On the Money welcomes Catherine Pesavento

On the Money, LLC, an accounting, bookkeeping and profitability consultancy based in Phoenix, welcomes accounting professional Catherine Pesavento. Catherine is highly skilled and extremely passionate about her job. She has extensive corporate accounting experience for global and small businesses.

It is characterized by financial planning and analysis as well as budget and forecast development and evaluation. Catherine served for 17 years as an integral member of the finance team of a multi-billion dollar global human capital and business advisory services company. She also spent a decade as an accountant for a leading architecture and consulting firm specializing in architectural acoustics in Chicago.

“We interviewed several qualified applicants, and Cathy’s enthusiasm for our mission to help our small businesses and nonprofit customers gave her the edge. ” said Ruth Urban, President and CEO of On the Money. “She will be a great addition to our team!”

“I am excited to add someone of Lia’s caliber to our team,” said Steve Purves, President and CEO of Valleywise Health. “With over 25 years of experience, she combines a keen business acumen with a real passion for healthcare and compassion for people. We are very excited to welcome you to Valleywise Health as we continue to transform our community’s public health system. “

As CAO, Christiansen will be responsible for overseeing support departments and services, including HR, IT, marketing / communication, environmental and building services, planning and office activities for redesigned construction and integrated project management offices, among other things. She will work with hospital administrators, members of the Maricopa County Special Health Care District board of directors, doctors from the District Medical Group and the community to advance the ever-increasing level of health care service to patients and the community.

“I am honored to be a part of Valleywise Health and its excellent team of leaders, clinicians, staff and doctors,” said Christiansen. “The rich history of serving families for more than 140 years and the vision of transforming care to improve community health through innovation are inspiring. I look forward to working with hospital leaders, doctors, staff, volunteers, and community members to find new ways in which we can serve our region and positively impact people’s lives. It’s an exciting time in Valleywise Health’s growth and I can’t wait to get started. “

Christiansen earned a bachelor’s degree in English and communication from Concordia College in Moorehead, MN and a master’s degree in business in communication from the University of St. Thomas at St. Paul. She was a COO scholar at the Health Management Academy from 2019 to 2020, is Lean Bronze certified and trained in FEMA Incident Command. She was named one of the 25 Observable Women by the Minnesota / St. Paul Business Journal and was recognized as an Outstanding Administrator by Minnesota Physician Magazine.