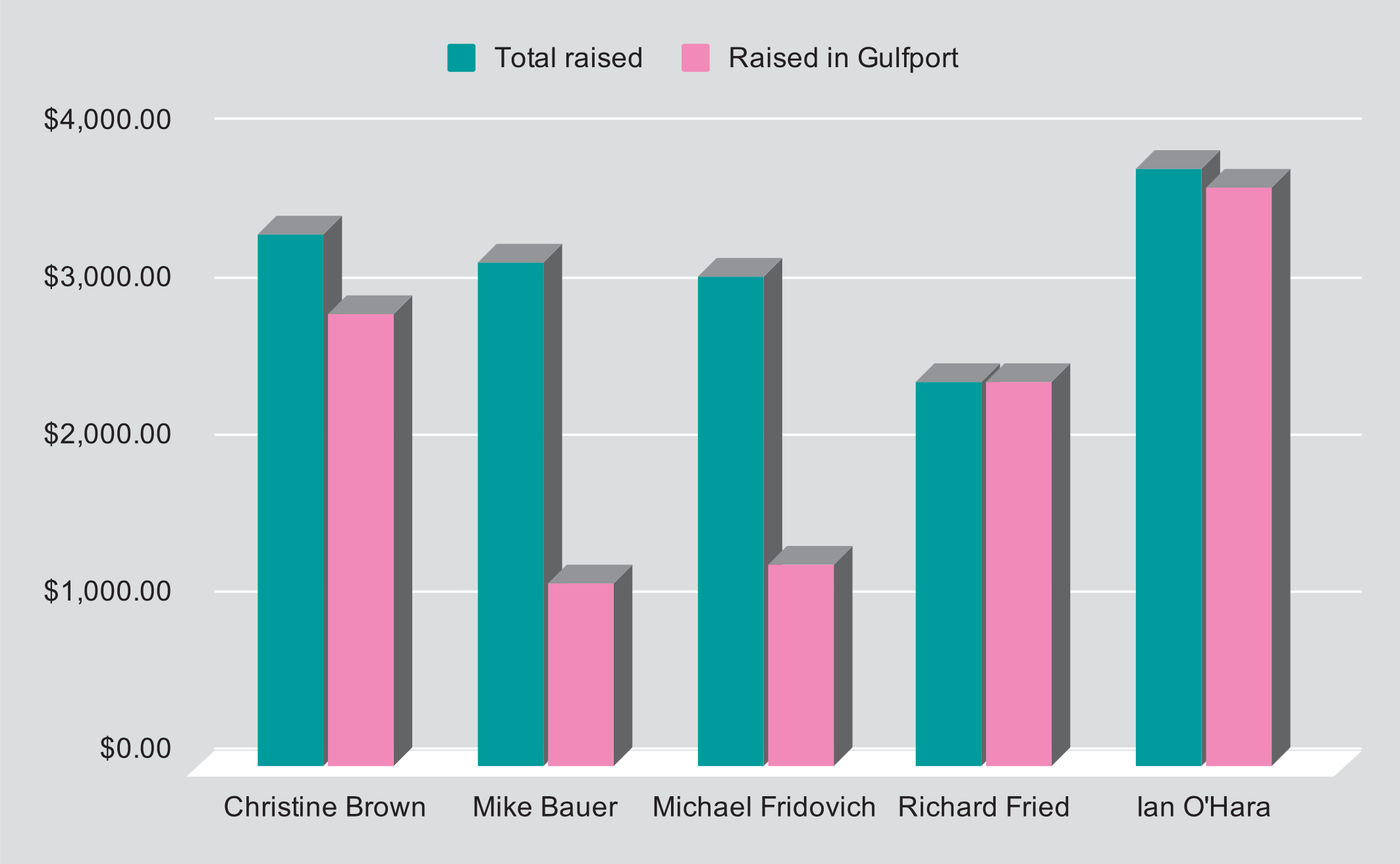 Next week, Gulfport voters from across the city will vote who sits on two council seats. We interviewed the candidates and wrote about many aspects of their campaigns and goals over the past few months. This week we reviewed each candidate’s most recent financial report.

A few notes on the following numbers: All data except the average donation includes money candidates who have either been donated or borrowed for their campaigns. We’ve rounded all numbers to the nearest dollar. For a full list of donors, the amount they donated, and other fiduciary information, see this story at thegabber.com. If you would like to see the original reports from the candidates, you can email the city clerk (ldemuth@mygulfport.us) to request them.

Christine Brown has been a member of the city council since 2013. She is her own treasurer and campaign manager.

Gulfport Residential and Corporate Donations: US $ 2,886

Percentage of funds raised in Gulfport: 85%

Number of donors from Gulfport: 8

Percentage of funds raised in Gulfport: 37%

Michael Fridovich has been a member of the city council since 2013. He’s his own treasurer. Barry Edwards acts as his campaign manager.

Gulfport Residents and Businesses donations: US $ 1,290

Percentage of funds raised in Gulfport: 41%

Richard Fried does not list a treasurer or campaign manager for his campaign, which is entirely self-funded.

Donations from Gulfport Residents and Businesses: 0

Percentage of money raised in Gulfport: 100%

Percentage of funds raised in Gulfport: 95%

Number of donors from Gulfport: 37

Team Gabber brought back the print version of the newspaper and we have redesigned our website so that you can get the news more easily. We’re not out of the woods yet, and every little bit helps pay for our reporters, printers, and other expenses. Support local news and families – donate now to help The Gabber Newspaper serve the community that loves it!