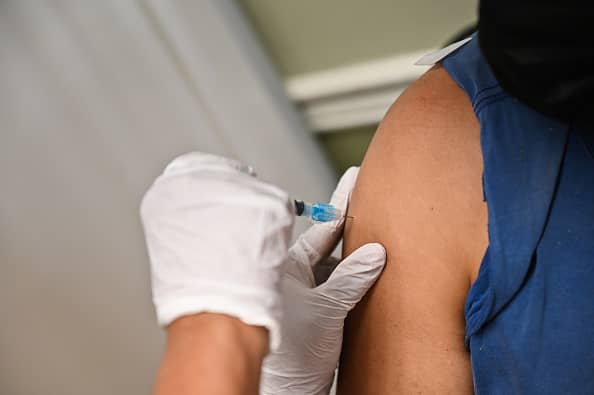 There is currently insufficient evidence that Covid vaccine booster shots are required, according to a former FDA director.

“It is a good thing to be prepared to make boosters, but we really don’t have … evidence, at least in the United States, where we’re seeing vaccine failures or a decrease in immunity, so it’s time to put a booster on “said Norman Baylor, who previously worked for the US Food and Drug Administration’s Vaccine Research and Review Bureau.

Pharmaceutical company Pfizer is Development of a Covid booster vaccination or third dose to combat the highly transmissible Delta variant, which has become the dominant strain in many countries, including the United States

The Centers for Disease Control and Prevention and the FDA said in a joint statement last week that “Americans who have been fully vaccinated currently don’t need a booster dose.”

Pfizer met with US officials on Monday to make his case for a third shot.

The company worked with a German company BioNTech Develop a vaccine consisting of two doses given three weeks apart. In December it received emergency approval from the World Health Organization.

The vaccine errors are currently very small with the vaccines currently in use. Until that changes, I don’t think it would be advisable to give a booster dose.

He said health officials seem to agree that a third dose is not required.

“We’re just not there yet … we have no evidence that it is time to get a booster,” he said, adding that there may be new variations in the future that make current vaccines ineffective or much less effective.

Richer countries have been able to vaccinate a large part of their population, while poorer countries lag behind.

The issue of vaccine disparity between regions needs to be addressed, Baylor said.

“A pandemic itself, the definition is that it is global,” he said, adding that he agreed with the World Health Organization that the crisis must be viewed from a global perspective.

Some countries and regions are actually ordering millions of booster doses before other countries have had supplies to vaccinate their health workers and those most at risk.

WHO Director General Tedros Adhanom Ghebreyesus said Monday that the world is “in the midst of a growing two-pronged pandemic”.

“Some countries and regions are actually ordering millions of booster doses before other countries have had supplies to vaccinate their health workers and particularly vulnerable people.” he said during a press conference, adds that the world is Make “conscious choices” so as not to protect those most in need.

The data suggest the vaccines offer long-lasting immunity to severe and deadly Covid-19, he said.

“The priority now must be to vaccinate those who have received no doses and no protection,” said the WHO chief.

Biotech companies like Pfizer-BioNTech and Modern, which has developed another mRNA vaccine for Covid-19, must “do its utmost” to direct supply to places in need, including through the Covax vaccine distribution alliance, he added.