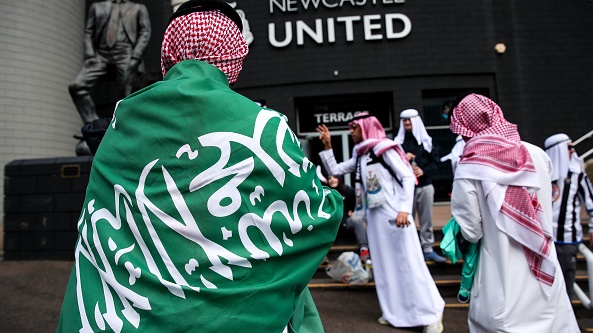 Newcastle have made a U-turn, telling fans they won’t be discouraged from wearing Arabic clothes to games.

After some fans wore robes and headgear in the Premier League defeat by Tottenham last weekend following the Saudi Arabia-backed takeover, the Magpies issued a statement urging fans to refrain from such honors.

The club has changed its mind, however, and another statement shortly after the kick-off between Newcastle and Crystal Palace in Selhurst Park was: “The new owners were overwhelmed by the welcome from the local community after taking over the club two weeks ago.

“The fans celebrating with culturally traditional clothing, including headwear, were part of that greeting.

“Anyone who would like to support the association by wearing appropriate culturally inspired clothing should do so at their own discretion. We are inclusive for everyone.

“To reiterate what we said before, neither the club nor its new owners were offended by the clothes they were wearing and appreciate the open declarations of support and acceptance by our great fans.

“Newcastle United FC and its new owners continue to support the Premier League’s diversity and inclusion initiatives, including No Room for Rassism.”

Newcastle’s previous statement was supported by Kick It Out who said: “We support the club’s proactive steps to ensure that all fans are welcome to the games at St James’ Park.”

Saudi Arabia’s human rights record has made the deal extremely controversial and some Crystal Palace fans held up a large banner criticizing the takeover.