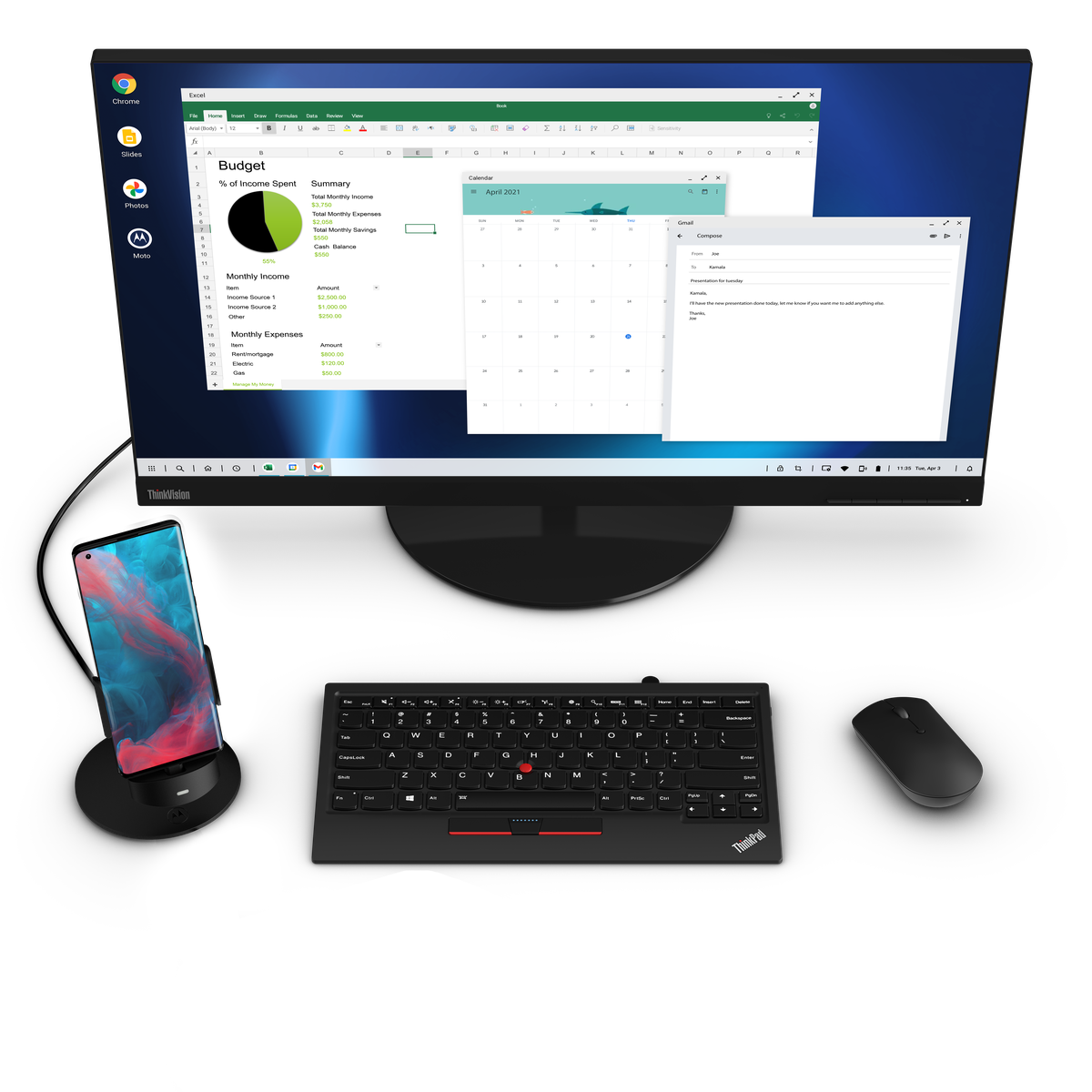 Motorola is expanding its Edge Plus flagship phone with a new desktop computer interface called Ready For. Similar to Samsung DeXWith Ready For, users can connect their smartphone to a larger screen (using either a USB-C to USB-C or a USB-C to HDMI cable) so that the Edge Plus (and presumably future Motorola Phones) can be used as a computer or even a set-top box alternative.

The company actually has four different use cases for Ready For. At the simplest level, users can convert the Edge Plus into a mobile desktop computer setup with a bluetooth mouse or keyboard – much like DeX.

Motorola also has more interesting ideas for using the Edge Plus. Another transforms the Edge Plus into a video conferencing station, for example, which uses the smartphone’s superior cameras (either the 108-megapixel main lens or the 16-megapixel ultrawide lens) for a better video chat experience.

There are also entertainment options. Gamers can pair a controller and use the Edge Plus as a makeshift console, either for native mobile games like Fortnite or with game streaming services like xCloud. Users can also plug in their phone as an easily portable set-top box. Motorola intends to connect the Edge Plus to a TV in the hotel room, for example, so that when you travel you can access all of the streaming apps already registered without having to worry about your room’s WiFi setup.

Ready For (or DeX) is not the first attempt at turning a smartphone into a computer. Cell phone history is littered with past attempts, how canceled Palm Foleo or Motorola’s own The Atrix 4G LapDock accessories. And while Motorola’s use cases here are a little ambitious (and perhaps a little optimistic about the number of users routinely using HDMI-to-USB-C cables), there are certainly more creative ideas for converting a phone into a bigger screen a half-hearted desktop computing experience.

The Motorola Ready For experience will be available to Edge Plus users on Verizon starting today.