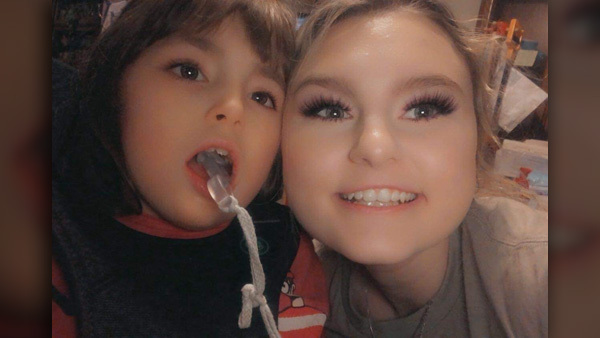 MORRISTOWN, Tenn. (WATE) – A local high school student cares about her little brother’s health. Morristown West elderly Rylee Linkous is raising money to get a wheelchair accessible van for her brother, and she says this would be a turning point for her family.

If someone met the Xander and Rylee Linkous siblings, you knew almost immediately that they were best friends. Rylee says, “He’s funny, he’s smart, he’s beautiful in my opinion. He’s just perfect for me. “

No wonder Rylee’s heart beats for her brother. She is doing what she can to help him and is currently raising funds to help fund a wheelchair accessible van. Xander cannot walk, speak, or feed himself.

“When Xander was about five weeks old, my birth mother suffocated him,” says Rylee. “She was a drug addict then and still is. It has sparked a lot of reactions since then. After the incident, he was diagnosed with brain damage, delayed motor skills, and delayed speech. “

The family is often out and about to come to various doctor’s appointments for Xander, but Rylee says it’s getting harder and harder to get him into the van they have now. She says the job will get even harder for her grandma when Rylee goes to college next year. That’s why it’s so important to her to get a more accessible van.

“I would know that he is able to go to the places he needs to go, but also the places he wants to go. I think he deserves the right to travel like everyone else and his weight or current situation shouldn’t stop him. “

She adds that she plans to continue standing up for her brother and serving as his voice. “I always wanted to be the person I needed when I was younger. If I can do this not only for him but also for others, I know that it can change someone’s life. “