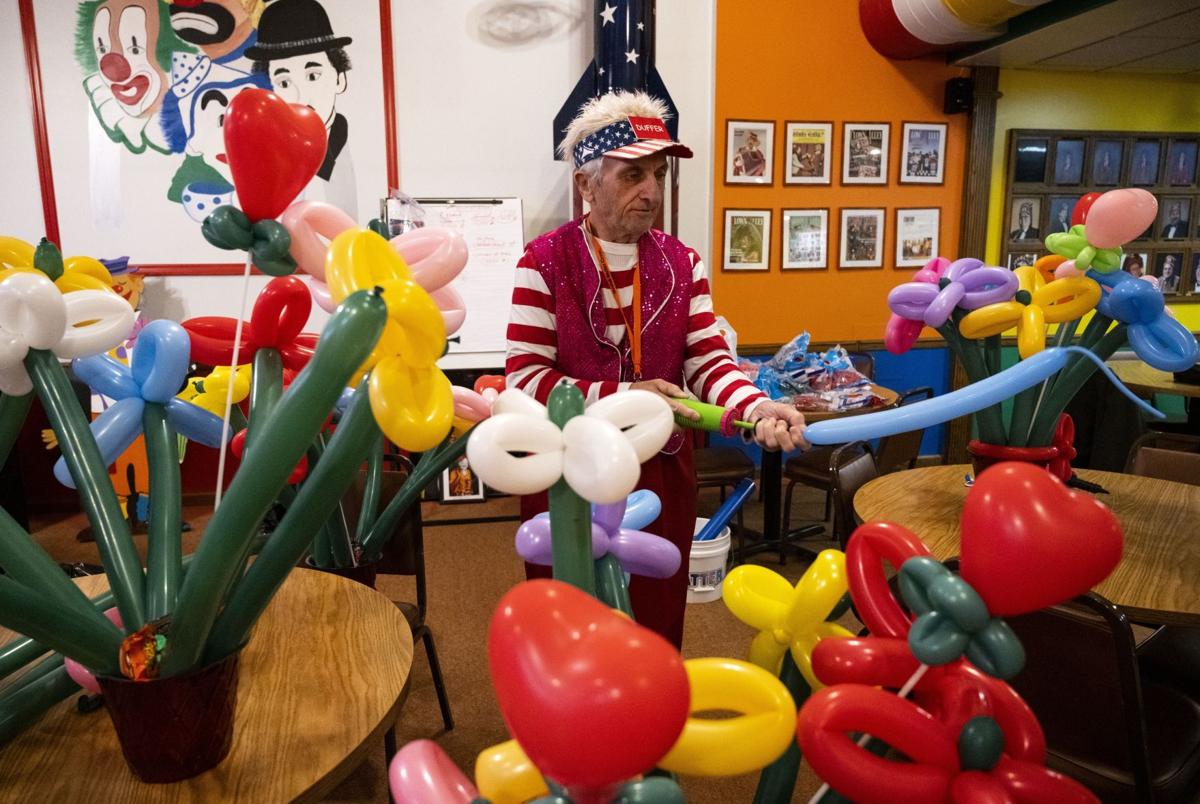 Moolah Shriner’s clown Gary “Duffer” Fanger inflates balloons to add the finishing touches to Valentine’s Day “Flower Baskets”. The group held a fundraiser in the clown room of the former Parkway School in St. Louis on Saturday, February 13, 2021.The Moolah Shriner Clowns Unit made 70 twisted balloon flower baskets to raise funds for their annual goal of $ 5,000 for the Shriners Hospitals for Children St. Louis. Photo by Cheyenne Boone, cboone@post-dispatch.com

The squeaking of balloons on special occasions did too.

Just like the band, the singers, the Drum and Bugle Corps.

Among the many, many negative effects of the coronavirus pandemic was the shutdown of the Moolah Shriners’ numerous fundraising drives.

“We were all in this deadlock,” said Dennis “Skooter” Burkholder, spokesman for the Shriners’ clown unit. “We hardly get together.”

Known at least as much for theirs Moolah Shrine CircusThe various units of the fraternal organization, which were canceled for the first time in 78 years because of their participation in local parades and their red fezzen, are each raising money for the 22nd Shriners Hospitals in the USA, Canada and Mexico.

Burkholder, spokesman for the clown unit, said clowns make money by making balloon hats, animals and swords at local events like the Jazz & Blues Festival at Webster Groves or the Susan G. Komen Walk, among other things.

The clowns had made a five-year donation commitment the renowned St. Louis HospitalSo they worked out a plan, said Burkholder.