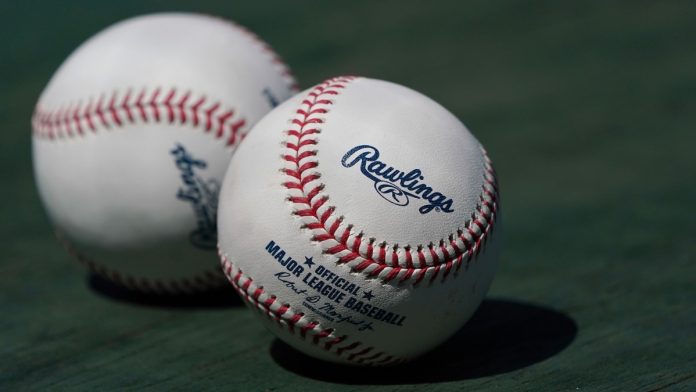 When mom and dad can’t stop fighting, the children suffer. In the ongoing battle between Major League Baseball and the Players Association, children are all normal people who work in and around the sport.

In two weeks, a typical organization will send about 75 people to Arizona or Florida who are closer to Mike Trout’s salary than Mike Trout’s. All of these people – including sports coaches, clubhouse visitors and media workers – have been lined up for three months and have not been able to sign any rental contracts for spring training. They can’t be vaccinated yet and are wondering if they are being sent to COVID hotspots as cases remain high.

As it turns out, they’ll do it because no one can agree on whether there should be 10 or 14 playoff teams. The arguments have lasted most of the winter and left us here: There will be no deal to postpone the start of the season until more people can be vaccinated. Instead, the spring training begins on February 17th as stipulated in the collective agreement.

Most of the blame here lies with the league. The union can be adamant, but the law does not require you to renegotiate things that the CBA already covers. The league’s labor lawyers know this. Nevertheless, they continued to send the union proposals that were filled with a poison pill: extended playoffs.

The real money for the owners comes in the form of television rights in October, so they crave that structure. The position of the players is that extended playoffs hurt competitiveness and stifle salaries: if you can make the postseason with 85 wins, then why sign a free agent with big tickets? They agreed to a 16-team format last year to reclaim some of the money lost with no ticket sales and as a resilience in the event the best teams didn’t show up at the end of 60 games. But the union has spent the off-season insisting that this was a one-off concession.

The the league’s newest proposal offered a one-month delay for spring training; a 154-game season for which players would receive their full 162-game salaries; a postseason with 14 teams; and a universal batsman. On Monday, when the union declined and refused to make a counter offer, MLB released a statement that read in part, “On the advice of medical experts, we suggested a one-month delay before the start of spring training and the regular season to reverse.” better protect the health and safety of players and support staff. … This was a good deal, reflecting the good of all athletes, by moving the calendar of the season just one month off for health and safety reasons. “

The truth is it isn’t real. The priority remains to keep enriching the rich at the expense of the less rich.

Of course, the season – and with it the spring training – should start a month later. COVID cases have started to decline and every time a different arm is stung the world becomes slightly safer. There is currently no moral reason to send thousands of people to hotspots where they immediately go to restaurants (both states allow indoor dining) and increase the number of cases. If the league had just proposed this late full pay season and left out the extended playoffs, we could now prepare for spring training in mid-March.

Instead, equipment trucks go south. Players will join them soon. This also applies to the hundreds of people who are not represented by a union. who receive COVID tests less often than players; Some of them are classified as part-time workers and are therefore not covered by the team’s health insurance plans. Everyone gets into cars or planes and prepares to risk their lives because a group of adults couldn’t get a Zoom call and make the right decision. And when they come to camp, do you know who won’t be there? The team owners.

Scammers posing as UP Well being System asking sufferers for cash