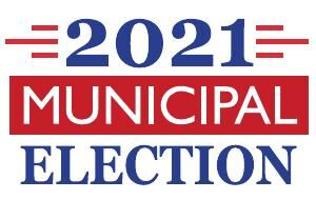 The eight candidates for Grand Junction City Council raised an additional $ 27.29, bringing the total for that election to over $ 100,000.

The money collected between March 12 and 28 was reported to the town clerk on Friday. These reports also included the amount of money candidates had at the beginning of the reporting period and their expenses during that period.

The largest amount raised during the second reporting period came from Dennis Simpson, who raised $ 7,809. That amount included a $ 3,000 loan from Simpson for his own campaign that is due to be repaid by now.

Abe Herman raised $ 7,436, including a $ 2,500 loan from himself for his campaign. The terms of this loan reported to the town clerk indicate a repayment date of May 1st. None of the other campaigns received loans during this period.

The total amount available in the weeks leading up to the election included funds the campaigns had with the bank on March 12 and contributions made in the second reporting period.

Candidates reported spending on social media advertising, traditional media and sign printing, and payments for web services that they use to receive donations. Taggart spent $ 2,110 on Grand Junction Media, which owns The Daily Sentinel.

The poll is today and the results will be published online after the polls close at 7:00 p.m. Another campaign finance report is required within 30 days of the election.

To ensure your ballot is counted, it must be received by the Mesa County Electoral Department by 7:00 p.m. Postmarks are not considered the date of receipt.