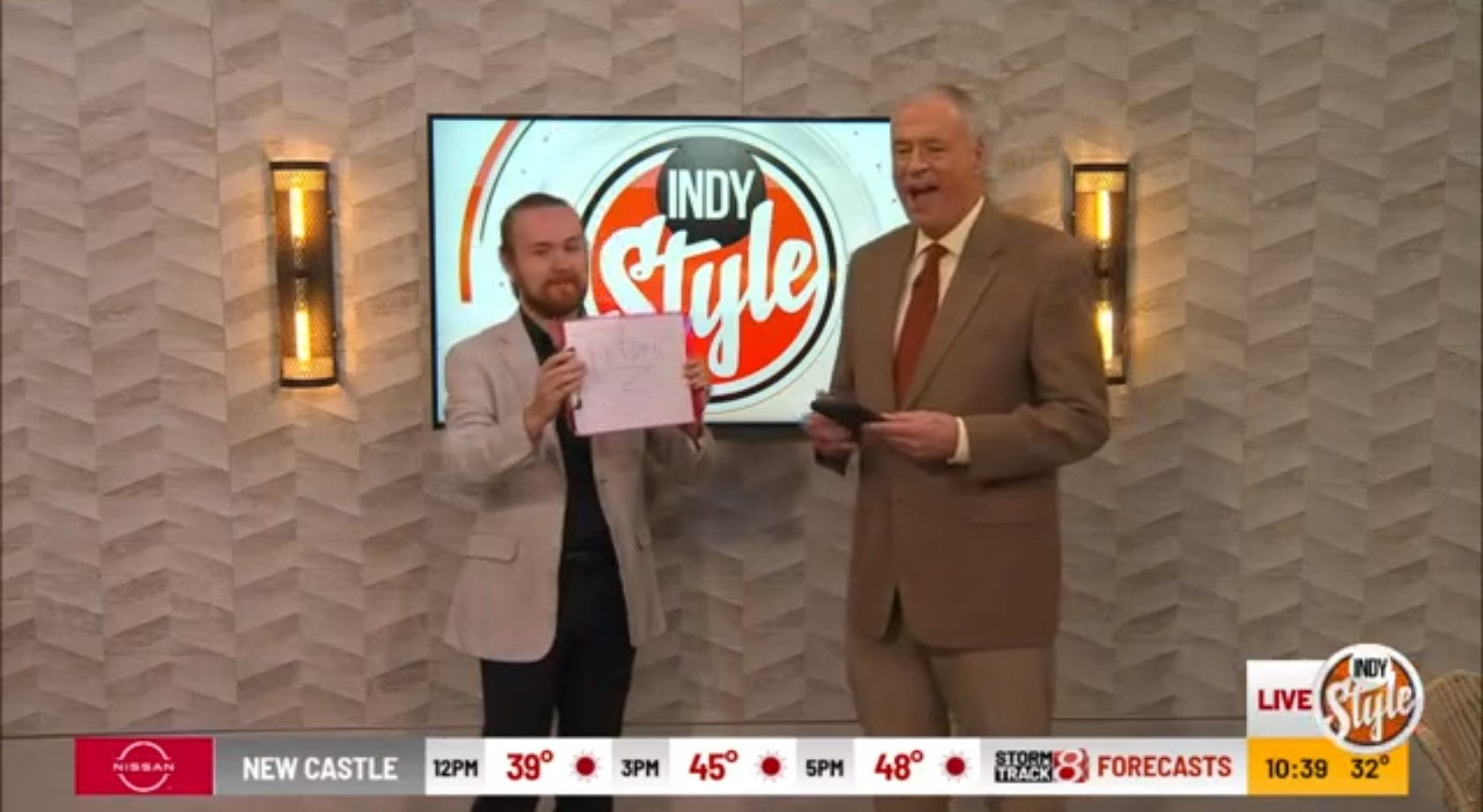 How does he do that?!

That was a big question for Randy and the Indy-style crew this morning when Brendon Ware, Indy Fringe Magic comic book, “Read Randy’s Mind!”

Take a look as Indy Magic’s Taylor Martin shares more about how magic is BACK in Indy! Here’s more:

Taylor Martins Indy Magic returns to the Indy Fringe Outdoor Theater, 719 E. St. Clair, Indianapolis on April 6th at 7pm. The show, which began on April 1, 2008, April Fool’s Day, will be a celebration nearing the end of the pandemic that ended the show last year. Two of IM’s most popular cast members are planned.

Ryan Siebert, one of the most accomplished magicians in Indiana, will make headlines with his street-savvy magic style and amazing card tricks. You can see Brendon Ware, who, although he has only been performing for a little over 5 years, has toured nationally with some of the great magicians of our time. And a special surprise guest is opened who will surprise everyone. Hosted by Taylor Martin, producer, creator and 15 year veteran of the Indy Fringe, the evening brings magic back to a very bleak year of sadness.

A souvenir program drawn by Lydia Burris will also be available, as will Lydia with her new graphic book of her art called “Darkness Dreaming”. Get your tickets at indyfringe.org.