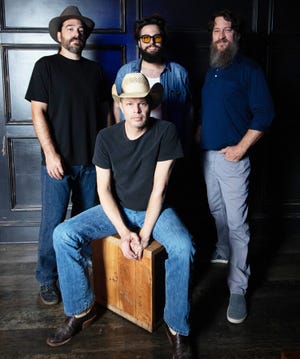 “A New Moon Rises” is on display in the TTU Museum

The moon is not the same place astronauts last set foot on it. “A New Moon Rises”, a traveling exhibition from the Smithsonian, features 51 breathtaking large format photographs of the lunar surface taken between 2009 and 2015 by the Lunar Reconnaissance Orbiter Cameras.

This exhibit will be on view at the Museum of Texas Tech, 3301 Fourth St., through Sunday.

These images show a dynamic place with impact craters, recent volcanic activity, and a crust that has been broken by the shrinking of an interior that is still cooling. The images offer unique views of the lunar surface that not only help answer questions about the formation and evolution of the moon, but also reveal stunning landforms that are both strange and familiar.

“A New Moon Rises” was founded by the National Air and Space Museum and Arizona State University and is organized by the Smithsonian Institution Traveling Exhibition Service for Travel.

The gods have failed, Enfuraeon appears to Jake

The Gods Have Failed is a thrash metal band from West Texas, while Enfuraeon synchronizes their musical death metal.

General admission tickets are $ 10 plus a $ 2 service fee and can be purchased online at jandbproductions.net

Jason Boland and the Stragglers perform at Cactus

Jason Boland and the Stragglers will be performing on Friday, May 21st at 7:30 pm at the Cactus Theater, 1812 Buddy Holly Ave.

This show is a rescheduled date and previously purchased tickets have been reissued.

Jason Boland and the Stragglers have sharpened the sales of spacious venues and command platforms across the country for more than 20 years.

Since getting together in Stillwater, Oklahoma, Boland and his close-knit crew have sold more than half a million albums independently and have earned a loyal following that extends well beyond the band’s red roots.

Los Texmaniacs with special guest Augie Meyers will be performing on Saturday, May 22nd at 7:30 pm at the Cactus Theater, 1812 Buddy Holly Ave.

Max Baca and Los Texmaniacs are the past, present and future of conjunto music. Conjunto may be a familiar sound to Texas residents, but its global appeal can come as a surprise. Combine a hefty serving of Tex Mex conjunto, simmer with several pieces of Texas rock, add a daring dash of well-cured blues and R&B riffs, and you’ve got that yummy Grammy-winning Los Texmaniacs groove.

Tickets are $ 35 for floor, rows AD; US $ 30 for EM floor rows; $ 25 for standard balcony; and $ 60 for balcony seating (includes discounts; present your ticket at lobby counter before ordering).

This Empty World is a new exhibit opening May 23 at the Texas Tech University Museum, 3301 Fourth St..

The exhibition deals with the escalating destruction of the natural world by humanity and shows a world in which, overwhelmed by the runaway development, there is no longer any space in which animals can survive. The people in the photos are also often helplessly carried away by the relentless tide of progress.

Each picture is a combination of two moments weeks apart, almost all from the exact same locked camera position.

The Buddy Holly Center is hosting the flagship traveling exhibition TPS 29: The International Competition of the Texas Photographic Society through May 23rd.

The exhibition will be open to the public and free of charge at the Center’s Fine Arts Gallery, 1801 Crickets Ave.

This exhibition opened at Houston’s The Silos in Sawyer Yards on October 23, 2020 and has since traveled across the state to Lubbock after stopping over at the Center for Contemporary Art in Abilene.

TPS 29: The international competition shows works by 50 different artists in the USA. From California to New York, Utah to Maine, Oregon to Georgia, these photographs have a wide range of styles and subjects that are both current and eye-catching.

For more information about this exhibition, our virtual exhibition or museum resources, please visit our website www.buddyhollycenter.org.

Charley Crockett will be performing on Friday, May 28th at 7:30 pm at the Cactus Theater, 1812 Buddy Holly Ave.

Crockett’s new album “Welcome to Hard Times” is an aptly named collection that fits these troubled days perfectly, despite the fact that it was made just before the pandemic hit. The music was shaped by his heart problems and the desire of producer Mark Neill to make “a dark gothic country record”.

The opening for Crockett is the singer-songwriter Jesse Daniel.

Tickets for this show are $ 25 upfront and $ 30 on the day of the show for the floor and standard balcony. and $ 60 for balcony seating (this ticket includes discounts – available when ordered in the lobby).

The Texas Tech University Museum, 3301 Fourth St., is showing the “Wherabouts and Hideouts” exhibit through May 29th.

The exhibition is organized by the Artist Printmaker Research Collection (AP / RC), a division of the Art Collection, and includes a variety of works of art created since the 1960s. Among them, artists have paid much attention to what many refer to as the “built environment,” that is, the buildings and structures that humans have built and installed on the surface of the earth.

Buildings are flooding our planet. They reflect what is important to us, who we are. When these buildings rise and later turn into ruins, they record human activity and cultural expressions.

Four AP / RC artists from Texas and New Mexico turned their attention to regionally different views of our “built environment” and gave us a glimpse into the unparalleled collections of the Museum of Texas Tech University and each artist’s perspective on the buildings we work with Life.

The exhibition is free and open to the public. The museum is open from Thursday to Saturday from 10 a.m. to 5 p.m.

Civic Lubbock Inc. is pleased to announce the call for entries for Lubbock Music NOW 2021, May 1-31.

Music artists within 100 miles of Lubbock who have played concerts in the city last year are invited to help create a music album for the year. Musicians submit titles to be narrowed down and judged by current and / or past members of the Recording Academy’s Texas Branch (Texas Grammy Board).

For information on Call for Entries for the 2021 Lubbock Music NOW album, visit the Civic Lubbock website: https://civiclubbock.com/lubbockmusic.html

The Lubbock Music NOW project was developed in 2016 by Civic Lubbock, Inc. to honor and recognize musicians living in the Lubbock area and to give visitors a picture of what is being produced in the local music scene.

Winners will receive $ 200 and will be included in the Lubbock Music NOW 2021 album. The album will be released on Spotify, ITunes, Amazon Music and CD Baby. The CD will also be available at the Buddy Holly Center, Ralph’s Records, and other local businesses.

In July 2016, Reverend Horton Heat Solo made his debut. For the first time in his career, The Rev, also known as Jim Heath, gave a series of sold-out concerts in select intimate theaters and locations across the United States

Combining new versions of Reverend Horton Heat classics with inside stories behind the music will reveal The Rev’s wit, Mediterranean charm, and some life stories that ultimately lead to the songs that made the band famous.

Tickets to this show are $ 30 for floor seating. $ 25 for standard balcony seating; and $ 60 for balcony box seats, including concessions.

Hard hats and heels in favor of Habitat for Humanity

This event gives attendees and sponsors the opportunity to enjoy food, fun and entertainment in a casual setting.

The night will bring together everyone associated with the construction industry and others who want to support the Habitat vision that everyone deserves a decent place to live. From auctions to dancing to kicking back and relaxing, this party is a great way to celebrate Habitat’s mission of building homes, communities and hope.

Tickets are $ 75 for general admission or $ 250 for VIP framer, including exclusive pre-party, priority seating, and other perks.

To purchase tickets, go to www.eventbrite.com and search for the event.