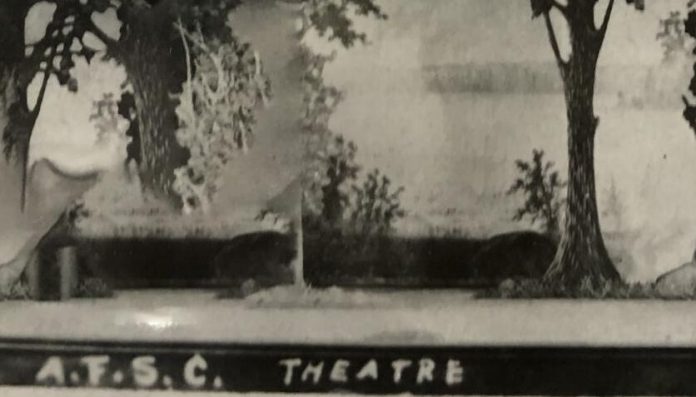 It’s not every day that the Astor Street Opry Company puts on a long-lost historical play.

But thanks to a recently found variety of Finnish plays, local residents can see a modern version of a 115 year old play. The Astoria Scandinavian Midsummer Festival and the Astor Street Opry Company have teamed up to offer a virtual screening of the play “Love & Politics” by the Finnish playwright “AT”.

The one-act play was released in Hämeenlinna, Finland, in 1906. The show centers around the widower Ketonen, who urges his daughter Hilda to marry his best friend Petola. However, Hilda is in love with Einar Salmela, a local socialist leader whom her father despises for his political ideology.

“(Salmela) could be a jazz singer. He could be a clown. He could become a baker. He could be anything that the father didn’t really care about, ”said Desmond. “This is just the foil for the father to not like the choice of the daughter as a suitor … In fact, the whole point of the play is that love and politics don’t mix, just because you don’t like which party someone belongs to, that doesn’t mean you shouldn’t let him marry your daughter. “

A replay of Love & Politics will be available through June 30th on the Astor Street Opry Company’s YouTube channel.

The building of the Finnish Socialist Club Astoria was completed in 1910. The Socialist Club building was four stories high and housed a theater run by a professional director from Helsinki, Finland.

Janet Bowler, entertainment coordinator for the Scandinavian Midsummer Festival, said for years she heard that the Suomi Hall attic was keeping scripts. After speaking to Karen Van Cleave of the Finnish Brotherhood, Bowler soon had a shopping bag with about 19 scripts in her hand.

“I’m Norwegian, I don’t speak Finnish,” said Bowler. “So I asked Sirpa Duoos to look through them and see if they were suitable for Reader’s Theater … We usually have a Reader’s Theater performance as part of the (Scandinavian Festival).”

Prior to the coronavirus pandemic, Duoos served as the chair of the festival’s Parade of Native Wear. The festival paid Duoos to translate the piece from Finnish and then paid the Astor Street Opry Company to produce the piece, using a scholarship from the Clatsop County Cultural Coalition and the Oregon Cultural Trust, the Astoria Scandinavian Midsummer Festival has been. Director Chris Lynn Taylor changed the script for Reader’s Theater.

In honor of the Nordic heritage

More than a third of Astoria’s population identified as Scandinavian by the early 20th century, according to the festival, with high concentrations of Finns also in Ilwaco, Naselle, and other settlements on the Columbia River. The Nordic community helped set the tone for the city in its early beginnings, Bowler said.

“We are producing the festival to preserve our heritage,” she said.

As part of the festival, the Reader’s Theater is typically designed to both entertain and inform, Bowler said. In the case of Love & Politics, its discovery and production testify to the Nordic communities that have settled in Astoria.

In addition to her role as entertainment coordinator, Bowler is also vice chair of the Astoria Nordic Heritage Park Committee, which plans to begin construction on the park this fall. Not only will the park commemorate the community’s Nordic heritage, Bowler said, but it will also honor the immigrant tradition to recognize those who have moved to the region for a better future.

“We know we are at a turning point between the generations,” said Bowler. “It was important to us to preserve this legacy now so that we can pass it on to the next generation.”

Ray Garcia is a contributor for The Astorian and Coast Weekend.

At present’s occasions for June 14 | Leisure