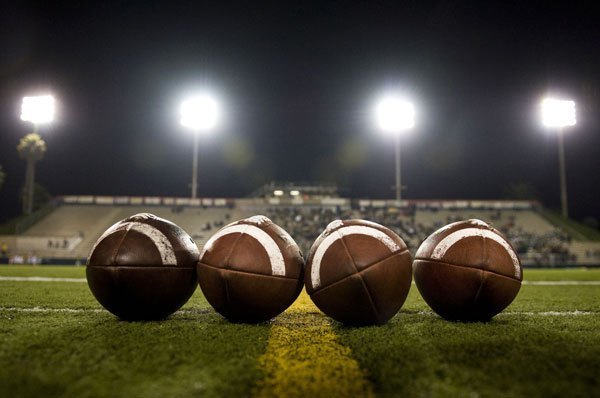 The seniors of the La Salle High soccer team have faced many adversities and struggles in their four years. They had three different head coaches who suffered a 3-7 season, a 0-10 season, and then the COVID-19 pandemic that obliterated the traditional fall season and nearly prevented that shortened spring season.

But they fought their way through and ended their high school careers with a convincing 31-7 win over St. Anthony on their home field on Friday night in the Del Rey League. The win put La Salle (3-2, 3-1) second in the league.

“These guys played great tonight,” said La Salle head coach Ben Buys of his seniors. “It wasn’t about winning league games, but three, even though it was a spring season. In addition, this spring you see a lot of people saying they don’t have enough people. We had 26 tonight. We had injuries. Our best player, Marcus Powe, didn’t play (because of the COVID protocol). There are many reasons why they might give up and apologize and throw in. But they didn’t. “

“We are very grateful that we can play and play the five games we had,” said Giovanni Butteri, La Salle’s senior receiver. “This season has been pushed back again and again. When we finally got a game we were so excited and ready to play.”

The Lancers were leading 12-7 at halftime before pulling back in the third quarter thanks to some big offensive games and a strong defense that looked completely different from the one that allowed Harvard-Westlake to score 58 points last week.

La Salle’s Chris Miller made a mistake on the two-yard line at St. Anthony. Rashaad Austin ran back into the end zone two games later to give the Lancers a 19-7 lead in the middle of the third quarter.

After La Salle forced St. Anthony to play after a three, he took over his next possession on his 36-yard line. Quarterback Richie Munoz then found freshman David Mysza wide open on the field for a 64-yard touchdown that extended the lead to 25-7.

“It was definitely satisfying,” said Mysza. “I’m glad I was able to help the team. It was fun.”

The Lancers scored the first goal of the game after David Vanden Bosch ended St. Anthony’s inaugural possession early in the first quarter. La Salle then took over on its own 30-yard line. The Lancers moved the ball onto St. Anthony’s 35-yard line when Munoz fell back to pass. He was under pressure and struggled to his feet before finding an open Giovanni Butteri who practically went into the end zone to give La Salle a 6-0 lead.

The Lancers extended their lead to 12-0 early in the second quarter when they completed a nine-game 63-yard drive that twice demonstrated Munoz’s ability to evade tackle. At one game it looked like he was running but then suddenly stopped short of the scrimmage line and found Aidan Leyland’s downfield for a 58-yard completion.

La Salle advanced onto St. Anthony’s two-yard line and faced a 4th and a gate. It looked like St. Anthony was going to stop as Munoz was pressured and ran backwards. But he crawled to his left and found Butteri wide open in the end zone.

Butteri finished the game with three receptions for 47 yards and two touchdowns.

“It was a lot of fun,” laughed Butteri when asked if he would like to score two touchdowns in his last game.

While the seniors emerge victorious, La Salle has a young corps of players led by Munoz, who is only in his sophomore year. He finished the game with 11 of 17 passes for 253 yards and three touchdown passes. Mysza caught five passes for 133 yards and is optimistic about the future of the program.

“I think we have a lot to do,” said Mysza. “We will do very well in the future. (Munoz) It’s only getting better and our corps is getting bigger and stronger. I think we’ll be a really good team. “