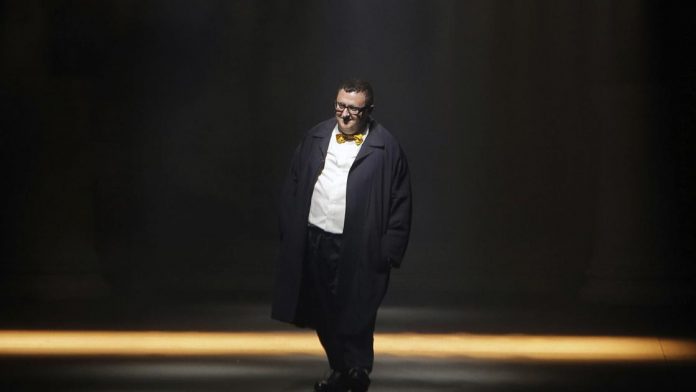 PARIS (AP) – Israeli fashion designer Alber Elbaz, who headed Lanvin from 2001 to 2015, has died at the age of 59, luxury conglomerate Richemont said.

In a statement released on Sunday, Richemont’s chairman Johann Rupert said: “It was with shock and enormous sadness that I heard of Alber’s sudden death. Alber had a well-deserved reputation as one of the brightest and most beloved characters in the business.

“His intelligence, sensitivity, generosity and unbridled creativity have always impressed me. He was a man of extraordinary warmth and talent, and his unique vision, sense of beauty and empathy leave an indelible mark,” said Rupert.

The Richemont Group recognized Elbaz’s “comprehensive vision of fashion” that “made women feel beautiful and comfortable by combining traditional craftsmanship with technology”.

Elbaz started working with Richemont in 2019 to create his own label, AZfashion.

Elbaz was born in Morocco in 1961 and grew up in Israel before moving to New York in the 1980s.

He first became known to the public when he was appointed head of the French house of Guy Laroche in Paris in 1996. In 1998 he became Creative Director at Yves Saint Laurent.

He was credited with resurrecting the French house of Lanvin during his long stay from 2001 to 2015.

Plans solidify for 93rd Oscars: No Zoom, no sweatshirts | Leisure