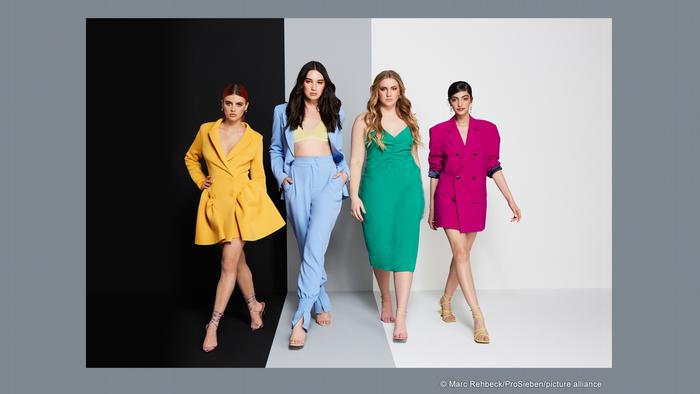 “Why kiss a frog when you could kiss a princess,” goes the tagline for “Princess Charming,” the self-proclaimed first lesbian reality dating show in the world that is being aired on the German streaming platform TVNOW. Modeled after The Bachelor, the show has several lesbian women vying for the affections of one woman. And for gay men, there’s the show Take Me Out: Boys, Boys, Boys to the same effect.

And then we also have the Heidi Klum-produced-and-hosted show Germany’s Next Topmodel 2021, which features trans model Alex Mariah Peter as its latest winner and Druck, a YouTube series on teenagers in Berlin that aims to represent different ethnic groups in the German capital. It would appear that German TV reflects the kind of pluralism that the country is known for around the world.

Even in the less agile world of cinema, there’s been a steady trend toward greater representation: In recent years, films like Türkisch für Anfänger (2012) — which was spun off from a TV series — and Fack ju Göhte (2013) have also tried to reflect Germany’s changing social structures. But is all this enough?

German popular culture seems to be getting more inclusive, at least when it comes to acknowledging the presence and existence of LGBTQ individuals and of people from different ethnic backgrounds. But until now, television and entertainment in general have primarily stuck to stereotypes when portraying such minorities.

And there has been little public discussion on the various dimensions pertaining to diversity that issues like inclusion in society and — by consequence — the representation of minorities in television and entertainment generally should entail.

Too Turkish to be German?

“You can see that homosexuals, transsexuals and others are indeed represented in German television. Germany is much more liberal than other countries,” says actor Dean Baykan, who was born in Germany to Turkish parents. Compared to Germany, other European countries like Hungary, for example, have been very strict in their punitive attitude towards homosexuality, with a recently tabled law there practically outlawing the public representation of lifestyles that don’t fall in line with so-called traditional family values.

“But while Germany is open in some ways, in other ways it’s actually more conservative,” Baykan continues. “For example, foreigners or those with a foreign background are not taken seriously in feature films or in serious acting projects.” 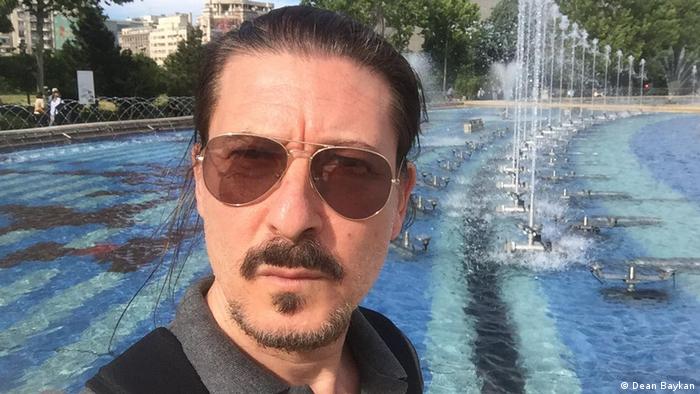 Actor Dean Baykan has missed out on many ‘meaty’ roles

Baykan himself explains how he once almost scored a major role in a popular crime series on a German TV channel — but only almost. “I made it to the final round,” he said, adding that he feels that his Turkish background may have been the reason for producers deciding against him — despite the fact that he has a western first name. Whether his ethnic background was a dealbreaker or not may never be known, but actors like Baykan feel that they are not being considered for certain roles not because of an apparent lack of  talent but rather because casting directors prefer when they are reduced to representing stereotypes.

Filmmaker Deiu Hao Do agrees with that sort of assessment. The son of Chinese minority immigrants from Vietnam is part of the project Vielfalt im Film (diversity in film), and represents the Berlin Asian Film Network (BAFNET).

“You have Black people selling drugs, Muslims being cast as criminals, Asian women playing weak characters … But there is much more complexity to these ethnic groups, and these also need to be represented,” he told DW.

In a recent survey conducted by Vielfalt im Film, 5,500 participants said they found that such clichés were being perpetuated by the industry. Nearly 88% said that Arabs were usually represented in stereotypical ways on German television. The number was nearly 83% for Muslims in general, nearly 75% for Asians and 56% for Jews, as anti-Semitism is on the rise across many parts of Europe once more. 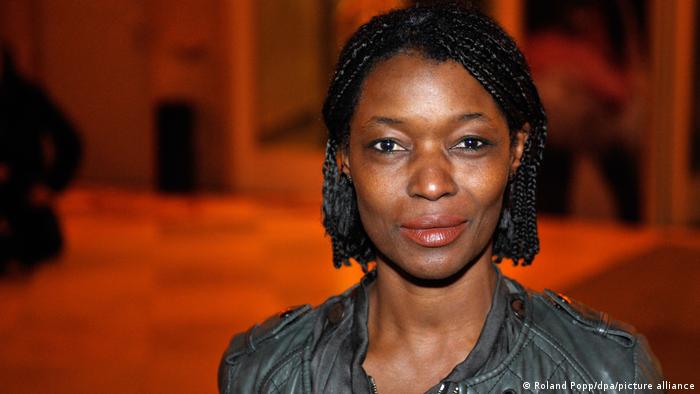 Furthermore, 13% said they had faced bias because of their body shape and weight, while 10% of the participants said they had experienced discrimination because of their sexual identity. The study also mentioned homosexual participants saying that they had tried to hide their sexual orientation in order to improve their chances of finding work or obtaining a certain role in a film or show.

Earlier this year, 185 actors in Germany publicly announced in a newspaper article that they identified as “different” and that it was time for them to publicly acknowledge that they were gay, bisexual, lesbian, queer, non-binary and transsexual. They all demanded more visibility and representation in the German entertainment industry, having been pushed into hiding, ignoring or glossing over their identities.

Indeed, broadcasters themselves have been rather reluctant about addressing their actors’ sexual identities directly, even reflecting a sense of denial in some instances. German actress Ulrike Folkerts, for example, is a lesbian in real life but plays a heterosexual police officer in the crime series Tatort.

In a recent interview with the Süddeutsche Zeitung, she said that she had only recently been asked by the producers of the show — i.e. the regional public broadcaster SWR — to finally reveal her sexual orientation publicly. She refused, saying it was too late to do so. 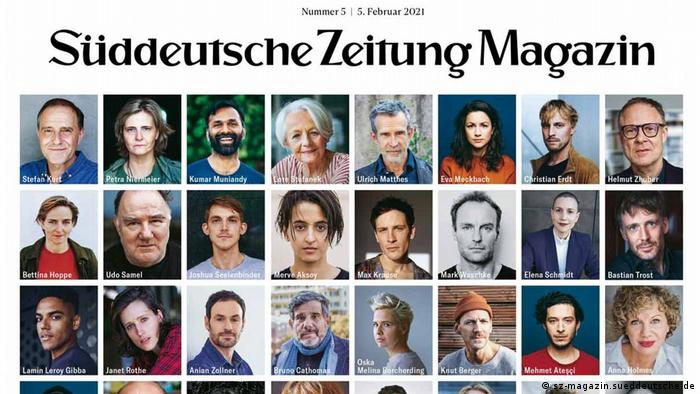 185 actors revealed their sexual identites in the Süddeutsche Zeitung

Actor Sheri Hagen says that the concept of diversity is not just limited to having LGBTQ stars and the token person with a non-German background being featured in a show. The Lagos-born actor moved to Germany in the early 1990s. She identifies as being a German with Nigerian roots.

Hagen has acted in films like the Oscar-winning Das Leben der Anderen or the previously mentioned television crime series Tatort, and often speaks about the importance of greater inclusion in the German entertainment industry.

“Diversity for me is not just about skin color or gender, which is what the dominant thinking in the German film industry, is” she says, adding that diversity also “includes disabilities, sexual identity, weight-based discrimination, east-west discrimination — especially here in Germany — class-based differences, ethnic differences, cultural differences, skin color and more.”

Filmmaker Deiu Hao Do agrees that in this context, it is important to understand how these various dimensions of diversity and the related aspects of potential discrimination interact with each other. Fighting this sort of exclusion is central to promoting the cause of diversity, he stressed. 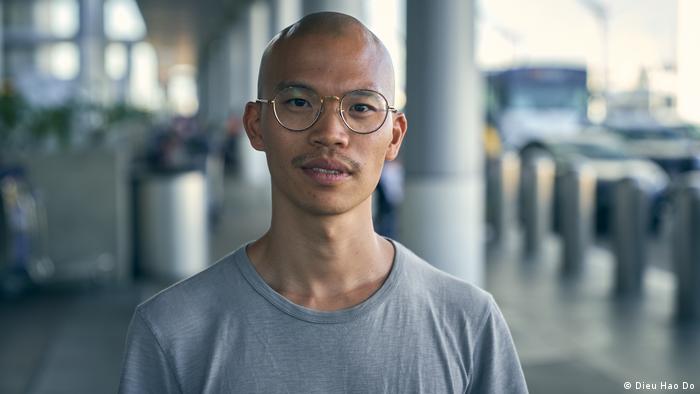 Deiu Hao Do: campaigning for inclusion

A sore lack of perspective

Streaming platforms have created alternative ways for filmmakers from around the world to showcase their work and reach new audiences. And while content from some parts of the world has certainly capitalized on this potential, these new opportunities haven’t translated into creating a greater amount of diverse streaming content coming from Germany.

Hagen says that Germany can learn a lot from best practices of inclusion currently employed  in the British film industry, where shows like Bridgerton and a recent limited series on the life of Anne Boleyn, second wife of King Henry VIII, have used colorblind casting as a means to promote diversity even in period dramas.

Sheri Hagen says that diversity is indeed not about the token actor of color in a television series but rather about a more holistic approach. The recently aired German TV-series Breaking Even, which stars Ugandan-German actor Lorna Ishema in the main role, is a case-in-point for her. Hagen says that diversity is also about who’s writing the story, how these stories are communicated and who executes these ideas on camera.

As of today, she adds, the boards of most German media broadcasters are still “male and white” — and her assessment is, de facto, not wrong. Dieu Hao Do agrees that in order “to acknowledge the multiple perspectives in storytelling,” the German television and film industry needs more diversity, “and this is something we don’t have at the moment.”

Bread and Cameos — a yr with out revenue from Broadway...