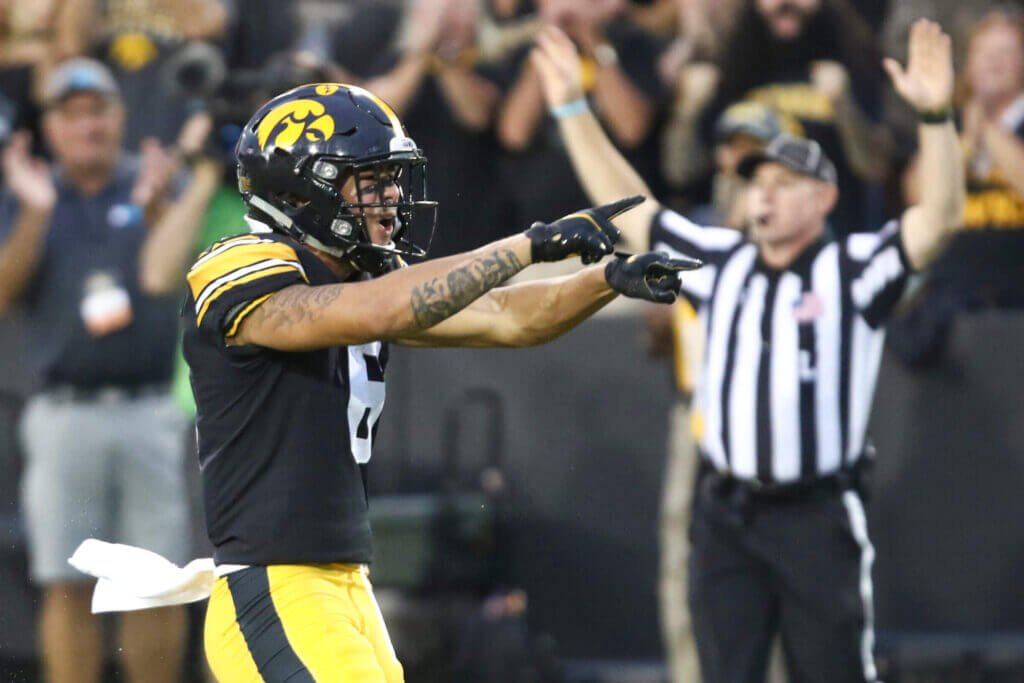 IOWA CITY – The sound swelled so much that the combined noise ended up with an almost guttural effect. The whole Kinnick Stadium collapsed at once, with deafening cheers not just for Iowa’s exquisite players Tory Taylorwho uploaded the ball 53 yards, but also the full physical effort of Gunner Kelly Martin Ivorywho got the ball stuck on Penn State’s 1-yard line 12 minutes before the end of the game.

The decibel level of that moment was only reached by the cheers in the final minutes of the game as the No. 3 Hawkeyes made four consecutive stops on defense to seal a 23:20 win from behind over Penn State No. 5.

In his 23 years here, Iowa coach Kirk Ferentz has heard many of his domestic viewers cheer for the punt coverage. He heard his defense receive loud applause. This has always been a program that knows what it is and doesn’t apologize for it. And that has long been celebrated by his fan base.

It’s time for the rest of us to do the same.

Right now, it doesn’t matter that Iowa’s often uninspiring offensive could ultimately cost it a shot in the college football playoffs. We have been in one of the most unpredictable seasons of recent years for six weeks and we have a team that excels at exactly what it tries to beat, the two phases of the game that receive the least attention and arguably the hardest to master. We should orientate ourselves on the fans who stormed here on Saturday evening. Cheers for the punt. Celebrate the stops.

“They are smart football fans,” said Ferentz after the game.