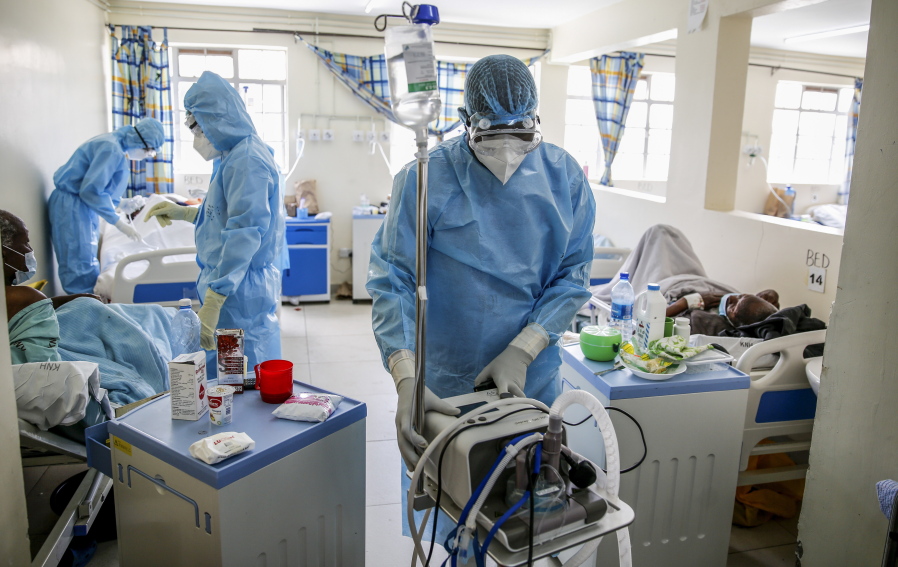 SOHAG, Egypt – Countries worldwide grappling with new coronavirus surges are trying to make sure they aren’t being hit by an Indian-style disaster. They face many of the same risks, including large populations who have evaded restraint and fragile health systems that have been shaken under the strain.

In a province on the Nile in southern Egypt, hospitals have been flooded with COVID-19 patients, a major focus of a third swelling across the country. Doctors in Sohag Province warn that the health system there could collapse even if the government buys new supplies.

“I guess there isn’t a family in Sohag that doesn’t have a corona case,” said Dr. Mahmoud Fahmy Mansour, Head of the Provincial Medical Association. “We lost five doctors in a week.”

He said a scenario like India is a possibility, but “God willing, it’s a very distant possibility.”

The Egyptian government has long hesitated to impose new lockdowns and on Wednesday announced its toughest restrictions in months. It ordered cafes, restaurants, shops and malls to close at 9 p.m. and banned large gatherings for two weeks, as well as the closure of beaches and parks during the upcoming Eid el-Fitr holidays at the end of the holy month of Ramadan.

Egypt isn’t the only one seeing new infections. Globally, more cases have been reported in the past two weeks than in the first six months of the pandemic, said World Health Organization director-general Tedros Adhanom.

India and Brazil made up a large part of it, “but there are many other countries around the world that are facing a very fragile situation,” he said. “What is happening in India and Brazil could happen elsewhere if we don’t all take these public health precautions.”

India has been hit by a catastrophic spike in COVID-19 infections after its prime minister boasted of beating the pandemic and pursuing several massive bottlenecks. New cases and deaths rose nearly 30 times in March and April. The health system is overwhelmed and patients are desperate for oxygen and other supplies.

Wealthier nations find room to open up as they immunize more of their populations. But countries where vaccination was slow or minimal. They have to grapple with the question of whether to block themselves out to thwart new waves and damage their economies – all with the possibility of Indian style tragedy.

In Turkey, the number of new cases increased almost sixfold from the beginning of March and reached a high of more than 60,000 per day. The government imposed a three-week national lockdown on April 29, but liberated many sectors, allowing millions to keep working.

The numbers have plummeted, but medical experts are calling for a 28-day full shutdown of all non-essential services while only about 10 million of the more than 80 million people have been fully vaccinated.