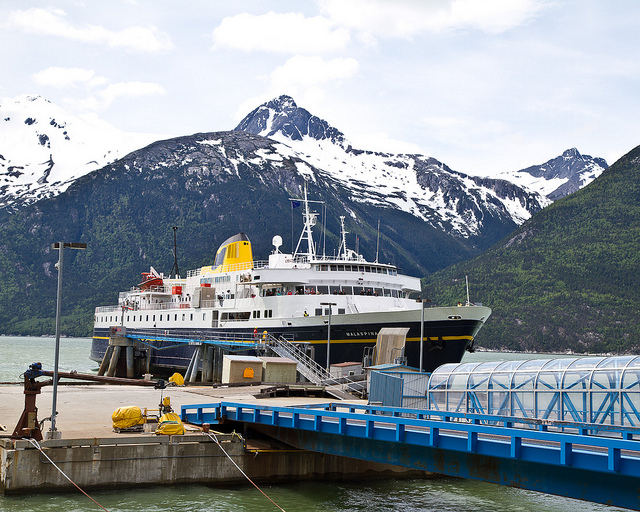 At the House Finance Committee meeting Monday in the state capital in Juneau, an official from the Department of Transportation suggested some cost-saving measures, including freeing the fleet from one of its unused ships, the MV Malaspina.

The state is currently considering a number of options to remove this red line from its budget. They tried to sell the ferry but there is an overabundance of decommissioned cruise lines so there is very little interest in the free market. That lets the boat sell for scrap metal or just sink it.

Rob Carpenter from the Department of Transportation presented this idea to lawmakers on Monday.

“Other options we’re considering is to sink them. We’re talking to the EPA about that option, cleaning them up, removing all of the asbestos, etc., and then creating a reef somewhere,” Carpenter said.

This plan would cost anywhere between $ 500,000 and $ 1 million. But compare that to the estimated $ 16 million it would cost to repair the 50-year-old ship.

Recent mechanical problems incapacitated the Matanuska earlier this month, forcing Skagway and Haines to charter a private ship to transport passengers from Juneau while leaving their vehicles behind. With fewer boats in the water these days, every breakdown is taxed on an already stressed ferry system.

Earlier this month, the state sold two of its high-speed ferries, the Fairweather and the Chenega, for $ 5.1 million. These boats were originally purchased for $ 68 million. The Alaska Marine Highway leaves a fleet of 10 ships that serve the entire coast of Alaska.

The plan proposed by Governor Mike Dunleavy will save an additional $ 7 million from the Marine Highway System’s 2022 budget. The House Finance Committee disagrees and has proposed keeping funding similar to the 2021 budget.