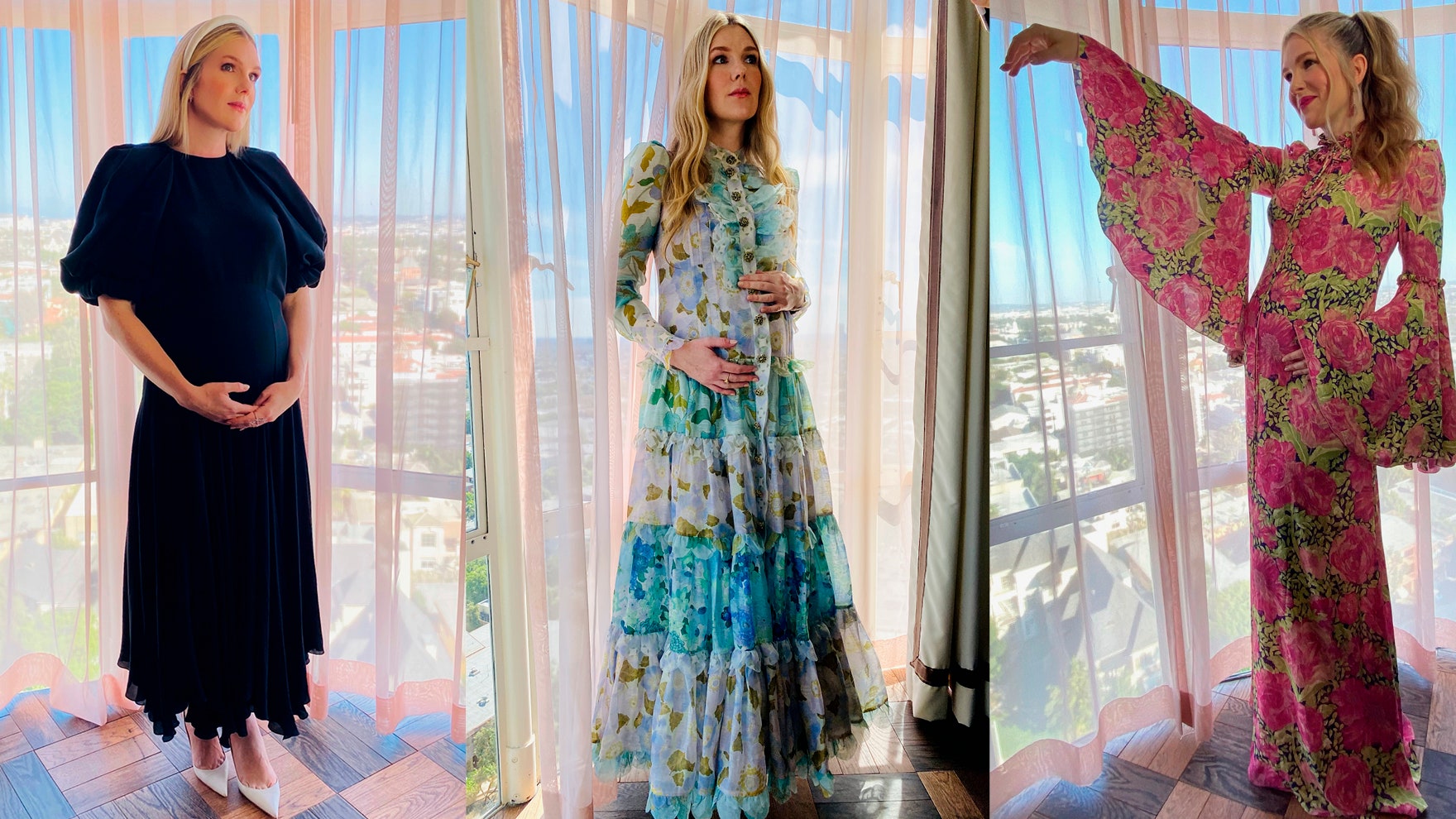 This past week Lily raven began her press tour for her latest film, The Tender Bar – her first press tour since the pandemic began. While the idea of ​​dressing up for the red carpet again after more than a year of absence is certainly a challenge in itself, the actress navigates the red carpet with her third child with partner Hamish Linklater even during pregnancy. She tells Vogue that she is still in the process of finding her motherhood style. “I’ve worked through all of my pregnancies, but I’ve never done a full print run,” says Rabe. “Dressing for two is completely new. I always love working with my stylist Jessica [Paster], but this is a new level of collaboration. “

The Tender Bar occupies a special place in the heart of Rabe. Directed by George Clooney and starring Ben Affleck, the project tells the story of JR (Tye Sheridan), a boy who grows up on Long Island and looks for father figures among the guests in a bar belonging to his uncle (Affleck). Rabe says she was immediately drawn to the script for its touching and relatable themes. “It’s a nice coming-of-age story. The protagonist [Ben Affleck] is looking for something he’s missing, ”says Rabe. “As the film progresses, he realizes that he has everything he needs – and I think that’s really moving right now.” She also admired the strength of her character. “I’ve never played someone like her,” she says. “She is the mother of an only child and has this incredible stubbornness and optimism – even if her circumstances are not so great and she is always depressed.”

For the movie’s press tour last week, Rabe wanted to channel the movie’s messages of hope through the clothes she wears. You and Paster have opted for cheerful, exuberant dresses that prove that maternity wear doesn’t have to mean shying away from bold prints and colors. “We both had the feeling that this doesn’t mean that we suddenly have to change our attitude towards the clothes we love,” says Rabe. “We definitely don’t look at each other [my pregnancy] as an obstacle. It just feels like an opportunity to work with designers in a new role – with different waist sizes! ”Paster adds,“ We ​​wanted to be feminine [dresses] with strong silhouettes. We love to hug the bump. “

Rabe began her weeklong tour with an appearance at the Academy Museum of Motion Pictures California gala last week wearing a polka dot off shoulder dress by Carolina Herrera. Then, for the LA premiere of The Tender Bar a few days later, she slipped into a pink, floral dress from The Vampire’s Wife – one of her favorite labels. “It’s so moody too [The Vampire’s Wife] Pieces and so many incredible colors and patterns, ”says Rabe. “I love the shape of these dresses. I grew up a ballerina and there is something about them that reminds me of it. They have magic. ”For interviews, she also wears bright dresses by Zimmermann and Khaite, which are just as peppy. “The film has such warmth and joy that I felt that I was going in that direction [fashion-wise]”Says raven. “The soul of the movie often influences the choices and pieces that attract me to the red carpet.”

In the vampire’s wife

Over the past week, she has continued to rock heels at every gig. “I wore the nicest Jimmy Choo heels I’ve ever worn,” says Rabe (she paired them with a floral, ruffled Cinq à Sept dress). “I still wore heels and they were particularly forgiving.” As she continues to do more press for the film until its December release, you can expect Rabe to continue her epic maternity wear looks as well. She and Paster are currently reviewing pieces by Prada, Alexander McQueen, Rodarte, Erdem, Batsheva and Madga Butrym. “It feels good to walk out the door into something you love again,” says Rabe. “And that your feet hurt!”