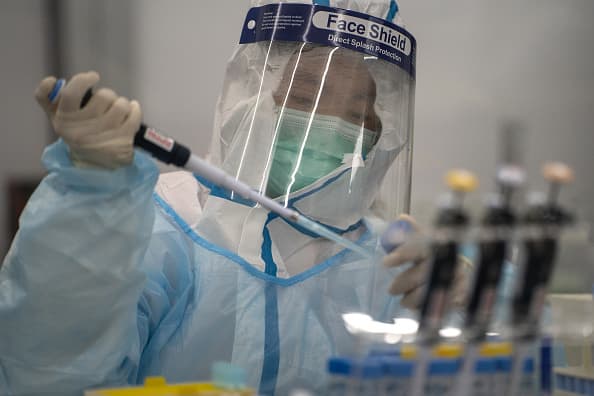 Hong Kong biotech company Prenetics is going public through a merger with Artisan Acquisition – a special purpose vehicle for acquisitions, or SPAC – to value the combined company at $ 1.7 billion, the companies announced Thursday.

Confirm CNBC’s previous report, the two companies said the deal is expected to close in the fourth quarter.

The merged company will trade on the Nasdaq under a new ticker symbol PRE when it closes.

The merger is expected to generate up to $ 459 million in cash revenue that will be used for strategic acquisitions, geographic expansion, and research and development.

According to Ben Cheng, CEO of Artisan Acquisition, Prenetics was chosen for a number of reasons.

The Hong Kong-based startup is a high-growth company that is revolutionizing the healthcare industry and is led by an established entrepreneur, Cheng told CNBC.Squawk Box Asia” on Thursday.

He was referring to Artisan’s CEO and co-founder, Danny Yeung, who previously worked at Groupon.

“We are very confident about his track record,” said Cheng.

For his part, Yeung told CNBC that using the cash proceeds from the deal for mergers and acquisitions is a top priority for Prenetics.

“The US is a priority market for us, Southeast Asia and the rest of Europe – we will certainly invest in growth, manufacturing, product development and research and development again,” he said on Thursday.

To date, Prenetics has performed more than 5 million Covid-19 tests for customers including the Hong Kong government and London Heathrow Airport.

It counts names like Chinese internet company Alibaba, as well as the insurers Ping An and Prudential as strategic investors.