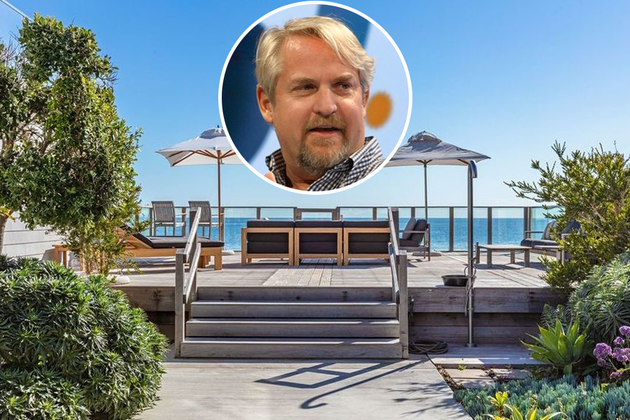 The deal was closed over the counter, but the records confirm the long-time Malibu resident and biotech CEO of the powerhouse Andrew “Andy” Conrad has sold one of his magnificent houses in the area. Located in the gated Malibu Colony community, this Cape Cod-inspired hotel cost a whopping $ 16.5 million – almost five times the $ 3.5 million Conrad paid for the place in 1999. The buyers are local winemakers / restaurateurs Salvatore “Sal” Casola and his wife Joan, who rented the house for a summer rental price of $ 150,000 per month.

A veteran geneticist with a PhD in cell biology from UCLA, Conrad founded the National Genetics Institute (NGI) in the 1990s. After selling this facility for $ 65 million, Conrad switched to Google X – the best in Silicon Valley.secret research laboratory“- in 2000. And since Sergey Brin spun off the life sciences division of Google X into his own company called Verily in 2015, Conrad has been CEO of the semi-mysterious research company that operates under the umbrella of Alphabet Inc. and boasts practically unlimited Amount of funding.

Now in his mid-50s, Conrad was once married to actress Courtney Thorne-Smith (“Melrose Place,” “Ally McBeal,” “Two and a Half Men”) but is now married to former model Haylynn Cohen, with whom he is shares two children. The couple split their time between several houses, including Malibu $ 10.5 million Sundance Ranch and an acre estate on the Hawaiian island of Lanai.

The Malibu Colony home was originally built in 1957 but has since been expanded and renovated. Today there are two separate buildings – a two-story guest house and a two-story main house with unobstructed sea views. According to tax records, the location includes just over 2,200 square feet of living space, although it’s not entirely clear whether that number includes both the main house and the guest house. The gray clapboard-clad structures offer a total of four bedrooms and five bathrooms.

5 Ideas To Obtain A Minimalist Type In Your Outfit –...

Journey to the Kentucky River in model with the Bluegrass Railroad...