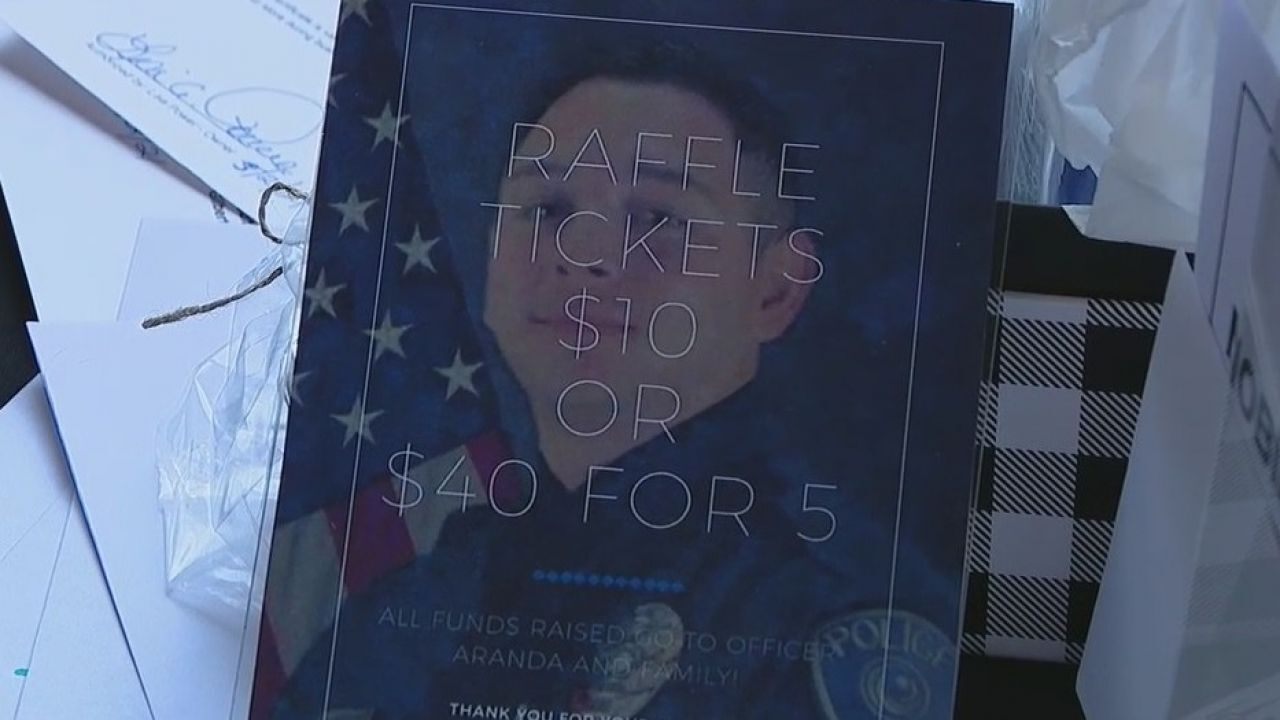 “He is definitely on the way to recovery”: Gilbert Congregation is raising money for the injured officer

GILBERT, Ariz. – – The Gilbert Congregation meets for an officer seriously injured after being injured violent persecution that spanned Eloy to Chandler before ending up at a local car dealership.

Officer Rico Aranda sustained a serious head injury after a man stole a car from a dealership, crashed it through the door and aimed at officers who tried to escape.

Chandler officer Christopher Farrar died of his wounds, and Aranda is still in the hospital.

“He is definitely on the way to recovery – we have no telling how long that will take,” said Steve Gilbert of the Gilbert Police Leadership Association.

Gilbert says Aranda had a wife and two children who were by his side.

“Really motivated guy, super hard worker,” said Gilbert. “Just one of these people, when you hear his name, you associate him with someone who works hard, is always there, has everyone back and you can always trust him to do the right thing to be there when you have him.” need.”

May 2nd Sweetz Cold Brew Coffee The proceeds from her pop-up event would benefit Aranda’s recovery.

“My husband [a firefighter]. My father is a veterinarian. My son-in-law is a cop, “said Emily Barton, owner of Sweetz Cold Brew Coffee.

“It’s always amazing when something happens in the community, the support we can see,” said Gilbert. “This has so far undermined all expectations we had of fundraising drives.”

The money raised will also go to another Gilbert officer, Kevin Francoeur. The husband and father of two children was diagnosed with leukemia last month.

“We have two officers who are both definitely fighting for their lives, but in completely different situations,” said Gilbert.

Get the latest news notifications in the FREE FOX 10 News app. Download for Apple iOS or Android.