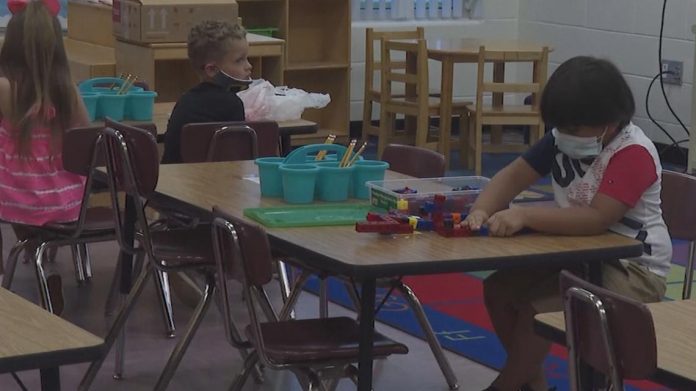 The state has steadily reduced its share of public school funding over the past 20 years – even if the costs have risen sharply.

School buses are a major turning point. According to the Georgia Budget Policy Institute, the state funded 54% of school travel in the 1990s. Today it’s 14%, according to the GBPI, although it now costs more to buy and operate school buses.

This money comes from money that is used for education.

“So fewer teachers, fewer resources for children in need because the state continues to undermine and underfund public education,” said Stephen Owens of the Georgia Budget Policy Institute.

Owens says the federal government will pour billions of new dollars into Georgia public schools. But in a state where Owens says class sizes have grown and technology has lagged for the past twenty years, federal funding is unlikely to fix chronic government underfunding of public education.

“Perhaps, instead of investing this money in human infrastructure like school counselors or additional teachers, (schools) would instead use that money only for one-time expenses, staff loyalty rewards, and changes to the school building,” Owens said. “If you hire additional people, you only have to fire them again as soon as the federal funds are used up.”

Owens says local taxpayers have picked up much of the loophole left by the state’s underfunding of public schools. He says if the state wanted smaller class sizes and better technology in public schools across Georgia, more government funding would go the best.