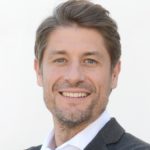 Munich-based Furtschegger has temporarily headed the global entertainment team since the end of 2020 after his predecessor Lauren Bailey stepped down and left the alliance. Furtschegger’s appointment takes effect immediately.

Before heading up the global team of 60 entertainment colleagues around the world, Furtschegger had been Head of Entertainment International since 2016 and managed the international expansion of this division.

He originally joined AGCS in 2009 as a global customer relationship manager before several other roles followed. He was assistant to the management of Dr. Axel Theis, founding member and long-time CEO of AGCS, before taking on a role in the New York office as manager for quality and projects in the area of ​​global underwriting coordination. He then headed Global Strategy & Development for the Chief Underwriting Office Specialty.

Before Furtschegger came to Allianz in 2009, he worked as a management consultant after his MBA (Mexico / USA) and his degree in business administration (Germany).

Via the AGCS entertainment line

The entertainment line became part of AGCS in 2015 when North American Allianz’s commercial insurance business, Fireman’s Fund Insurance Co., was integrated into AGCS. Building on its presence in film, television productions and live events in North America, the entertainment line has expanded and hubs have been established in London, continental Europe and the Asia-Pacific region.

In 2020, Entertainment contributed 3% to AGCS’s global gross premium of EUR 9.3 billion. Over the past year, AGCS and many other insurers have seen a surge in COVID-19 claims in the entertainment industry, particularly due to the cancellation of live events and the interruption of movies or movie productions due to government bans and social distancing measures.

The entertainment insurance usually covers property and accident risks for productions and live events. This may include physical risks to the cast, crew, cloakroom, sets and equipment, as well as covering additional costs associated with a production delay caused by these physical risks. Liability is also an important form of entertainment coverage – for example, at events where an organizer needs coverage for injuries to performers and spectators.

Receive automatic notifications on this matter.