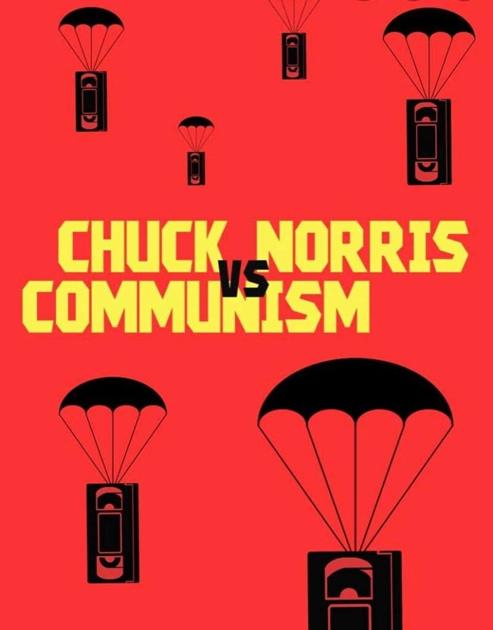 Cinema lovers are in luck as the Czech Heritage Museum and Beltonian Theater are collaborating again to offer free screenings. This year, however, the program changes.

“In the past few years we have shown films in the Czech language,” said Susan Chandler, director of the Czech Museum of Local History. “This year we will be showing films with Czech and Czech themes.”

“This film work makes an excellent study of both anthropology and sociology,” said Chandler. “What, despite surprising similarities between cultures and times, is so often forgotten when an era is over.”

The free screenings take place every second Tuesday of the month at 3pm and 6pm at the Beltonian at 219 E. Central Ave. held in Belton.

March 9: Chuck Norris Against Communism is a true story, often told by the actual people who lived it. A docudrama. Although the subject is not cheerful, this film is told in an airy, interesting way that is not difficult. Humor throughout with a satisfying ending. A story of ingenuity, survival, and the importance of art. In the 1980s, Romanians suffered from poor access to foreign goods as well as a loss of information that communist bureaucrats used to ensure ideological purity. This film tells about what people risked to see Hollywood movies and how it changed culture by creating a desire for individualism. It is said that the VCR overthrew communism in Romania. This film is rated PG.

April 13: “The Pagan Queen” tells the legend of Libuše, Queen of Moravia and wife of Přemysl. It was Libuse who first imagined building the city of Prague on the Vltava, and then saw through it. Premysl the Ploughman founded the longest Czech dynasty, which lasted 500 years. This film has English dialogue and is rated R for nudity and violence. It’s not for kids.

May 12: “Milos Forman, What Doesn’t Kill You” is a documentary about award-winning film director Milos Forman who directed “One Flew Over the Cuckoo’s Nest”, “Amadeaus”, “Hair”, “The People vs. Larry” Flynt, “Man on the Moon” and more. This film follows Forman’s return home in the Czech Republic and explains how his experiences there influenced his films, for example, he saw in “One Flew Over the Cuckoo’s Nest” Character of the nurse Ratched as communism. Instead of occupying an older, tougher woman, as was requested, he cast a woman who was tender and caring. He felt characterized as the attraction of communism as a caretaker who did the “ratchets” – Character control over the patient masked and occurred in almost undetectable steps. This film has English and Czech audio and English subtitles. It is PG rated.

June 8: “A Paul Fierlinger Filmfest” is a wonderful look at the animated films for adults and children by Paul Fierlinger, a Czech who fled Czechoslovakia and made a career in the US, including working at PBS and Sesame Street . This film has English audio with the occasional Czech audio and is PG rated.

July 13: “Czech Cartoons” are a mix of entertaining cartoons for young and old, including Krtek, the little mole created by the Czech animator Zdenek Miler in the 1950s and in the communist world from China to Vietnam to Cuba and Cuba became more popular now in France after Japan. In 2011, NASA astronaut Andrew Feustel took Krtek on the final flight of the space shuttle Endeavor. The Michigan native’s mother-in-law was born in a Czech village in South Moravia on the Austrian border. This program is rated G.

August 11th: “Beyond the Wall” is a documentary that shows how subtle and insidious totalitarianism invades a society, what it is like to live under a communist regime and how the abrupt political changes of the 1980s affected Central Europeans had an impact. The fall of the Berlin Wall in November 1989 symbolized the end of the Cold War and spurred the revolutions that brought communism to collapse. This film has English audio with occasional Czech Polish and German. It is rated PG.

September 8: “A Cimrman Festival” is a look at the Jara Cimrman genre of plays and films. This Czech phenomenon was created on December 23, 1966 by Zdenek Sverak and Ladislav Smoljak in a regular comedy radio show broadcast on government radio stations. The show “The non-alcoholic wine bar Chez Spider” took place today in a fictional wine bar in Prague. A number of documents relating to Jara Cimrman, a forgotten Czech polymath, have recently been discovered. Jara Cimrman lived during the Austro-Hungarian rule of the Czechs shortly before the First World War. The authors used Cimrman to undetected criticism of the communist regime. Over time, the genre developed into a Czech cultural icon with Cimrman theaters and self-proclaimed Cimrmanologists. Cimrman was originally portrayed by Sverak, who played the Oscar-winning Czech film in Kolya, which was produced shortly after the fall of communism. The plays begin with a satire – a group of scholars presenting their work on Jara Cimrman, and then move on to a series of slapstick comedy scenes. It is offered in English and is rated G.