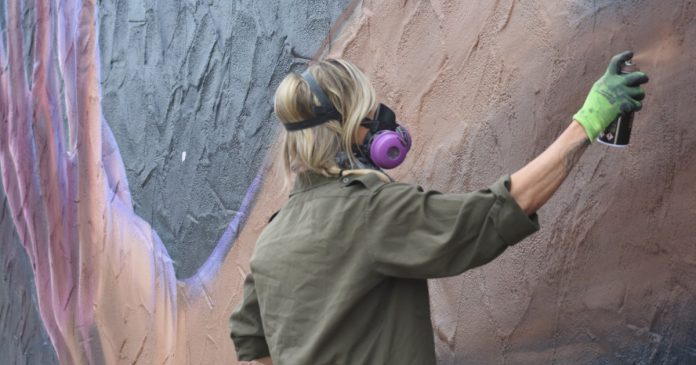 The proposal would increase eligibility in several ways, make the process more transparent and ease the audit requirements for small organizations. It would also remove the city’s “refund only” policy so that some art events could be funded upfront.

Eligibility would extend beyond nonprofits to individual artists and campaigns targeting goals such as promoting the inclusion of underrepresented groups.

City officials said the main goal of the revised guidelines is to expand the preservation of city arts funding and strengthen the city’s creative industries by better encouraging the growth of young artists and arts organizations.

This story is for subscribers

We offer subscribers exclusive access to our best journalism.
Thank you for your support.

“There are so many young and new organizations out there eager to get funding to get started,” said Theresa Kosen, co-chair of the San Diego Regional Arts and Culture Coalition. “It will provide impact and justice.”

Many small organizations do not apply for city funding because they cannot afford to meet city requirements for extensive audits, or because they do not have enough capital to prepay an event and then spend months on city reimbursement wait .

The proposal would also cut the time a recipient must have been or worked in the arts to qualify for a grant from three to two years, which city officials say is more in line with other government agencies that support the arts.

Heads of local arts organizations praise the proposed changes, which the city council is expected to consider this fall.

Thus, by giving money to more groups and shifting some of the money to smaller groups, the proposal would reduce funding for many other arts organizations, most likely larger and long-standing groups that benefit from the existing system.

That’s because the proposal doesn’t include a general increase in city arts funding, which is typically anywhere from $ 8 million to $ 12 million annually.

However, there doesn’t seem to be an immediate backlash from the city’s most prominent arts organizations.

Peter Comiskey, Executive Director of the Balboa Park Cultural Partnership with 26 organizations, praised the changes as an important step in improving opportunities for those who currently do not have access to city funds.

One way the proposal would likely increase the size of the funding pool is to ban organizations outside of the city from receiving city grants for day-to-day operations.

That change would immediately affect half a dozen arts organizations in Chula Vista, Lemon Grove, and Poway that are receiving money from San Diego for showing more than half of the people attending their events live in San Diego.

These groups could still apply for grants to fund events, but those events would have to be within the city of San Diego. And they could no longer apply for money for ongoing operations.

The proposed revisions come in response to an equity assessment that showed Balboa Park and downtown received nearly 70 percent of the $ 11.4 million the city donated to arts organizations in both fiscal years 2019 and 2020.

The analysis showed that District 3, which includes Balboa Park, downtown, and the surrounding areas, received more than 200 times as much annual arts funding as District 8, which includes San Ysidro and Barrio Logan.

But the differences go beyond that.

Districts 1 and 2 – which are more affluent and ethnically less diverse than most other parts of the city – also received far more than any other place except District 3.

If the art funding of districts 1, 2 and 3 for the 2020 financial year is added together, it makes up 87.3 percent of the total city art funding. In the 2019 financial year, this proportion was even higher at 91.4 percent.

Almost all cities divert significant resources to large venues such as the San Diego Civic Theater and Balboa Park institutions as they are designed to serve an entire region. However, some critics question the possibility that San Diego is spending too much money on these types of venues.

City council member Vivian Moreno, who represents District 8, is one of those critics. Last spring, she called equity valuation a call to action.

Moreno this week praised the proposed revisions made by the city’s Arts and Culture Commission after many months of analyzing and collecting community feedback.

“This will make it easier for arts organizations of all sizes to benefit from city funding,” Moreno said Wednesday during a meeting of the council’s economic development committee. “We are taking the necessary steps to support inclusive growth and development.”

Councilor Sean Elo-Rivera said the proposal could be a model for how San Diego officials can change city policies to increase equity in other areas.

“A world-class city requires a world-class art community, and I think we have what it takes here,” said Elo-Rivera. “It’s about giving this talent the opportunity to breathe and realize its potential. That is definitely a step in that direction. “

Bea Zamora Aguilar, director of an Aztec dance group in Barrio Logan, said this week that she was particularly optimistic about the proposal to soften audit requirements and abolish the exclusive reimbursement policy.

She said most small arts organizations couldn’t afford a full audit. When making the refund, she found that she was still waiting for a $ 5,000 scholarship she had received for a photo exhibition that had already opened and closed.

Aguilar said she would have to carefully consider the proposal before she could declare her full support, but was optimistic.

“It sounds like it really is a step in the right direction,” she said. “As a small business, it is difficult to get visibility into your programming, so we all need the help.”

If the council approves the policy changes this fall, they will be used for arts grants in the new city budget, which will be approved next June.