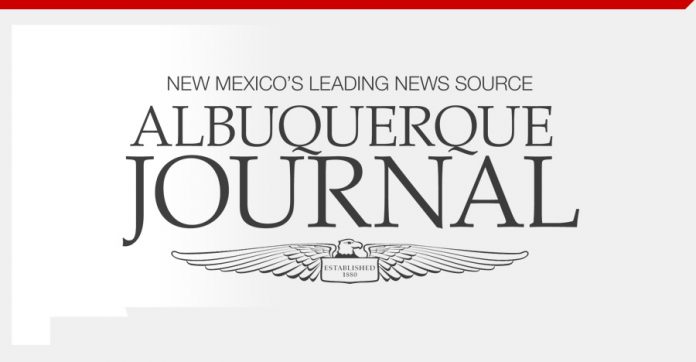 We have followed (the) excellent coverage of the Journal on the Infrastructural Legislation of Congress and the legislative coincidences of NM that might contribute to it. The city’s decade plan for investment improvement projects should also be included in this conversation.

One need that usually remains in the shadows is flooding. (The Sunday Journal of September 5) mentioned the flooding in Rio Rancho.

Well, we’ve had 7 floods here in the heart of Albuquerque Council District. They have invaded homes and flooded sizable lots in the Mile Hi and Pueblo Alto neighborhoods.

Mile Hi, where we live, suffered two severe and somewhat frightening floods in less than a month, one on May 31st and a second on July 20th.

Now every time we hear thunder we worry that an even worse event might rush through our streets. We have entered an age of climate change, which in our case is being driven by monsoon humidity.

The leaders of the McDuffie-Twin Parks neighborhood, which includes Twin Parks City Park, spent nearly four years fending off a joint attempt by the City / AMAFCA to build a giant rainwater catchment pit in their magnificent Twin Parks City Park. This is an example of a misdirected flood control strategy targeting more than a dozen green spaces in the NE Heights, including Twin Parks, Alvarado Park, Jerry Cline Park, Mark Twain Elementary, and other spaces needed for urban relief in the older structure The Japanese call it “natural bathing”.

This plan has already created far too much conflict and delay. A new beginning is needed, more neighborhood-centered and more focused on the residents. Some of these new infrastructure funds should be used to work out this new plan.

We have contacted our city councilor and her staff with generally positive results and expect a joint study with the involvement of Pueblo Alto in the near future.

We also visited (with) several of the candidates for D-7 and showed them in detail the flood route and a main source of rainwater runoff for Mile Hi: the Fair Plaza Shopping Center in Lomas and San Pedro. On-site measures to reduce rainwater, which should be of benefit to all parties, have been proposed, but a recent meeting between city officials and Fair Plaza owners failed to reach even a preliminary agreement. A new approach is needed, including a serious assessment of the capacity of the major sewers below San Pedro and San Mateo.

Our map also shows how our rainwater flows under the San Mateo sound / art wall, rushing north over the four lanes and caused accidents by aquaplaning on May 31st.

Finally, floods in the NE heights and in the entire urban area raise important questions of social justice. Residents who have suffered the most from flooding are more likely to be found in lower-income areas.

The new federal, state and city infrastructure legislative packages offer a great opportunity to finally tame the large number of flood waters in the city. Let’s get it right this time.

The Most Profitable Kardashian-Jenner Companies (By Cash Worth)