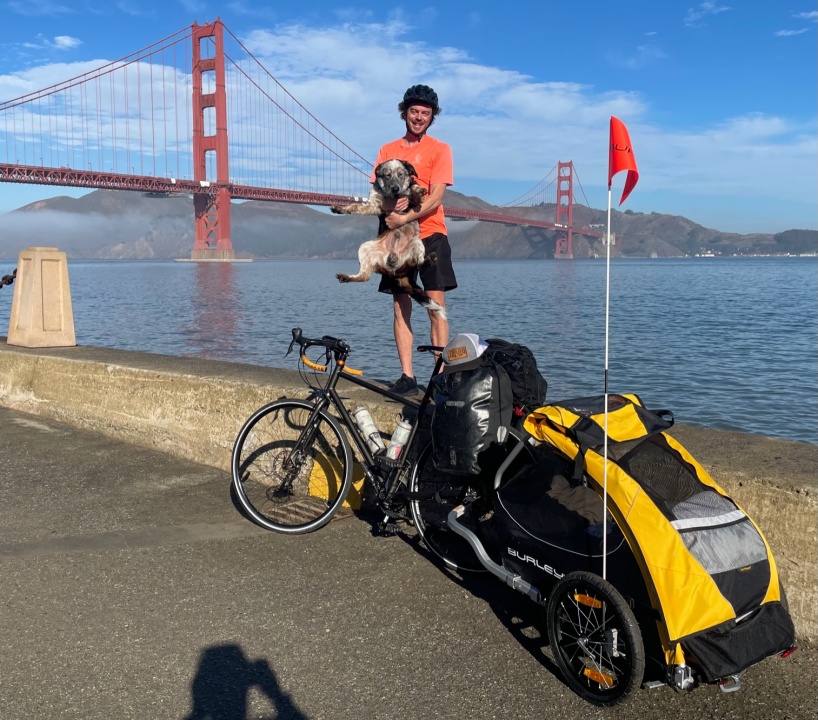 EL PASO, Texas (KTSM) – This one-of-a-kind team, a man, a dog, and his bike, travel 3,700 miles across the country to raise funds and raise awareness about mental health issues.

You will traverse a total of eight states on a route known as the “Southern Tier” that begins in San Diego, California and ends in St. Augustine, Florida.

Kevin Conley Jr. and his dog Rocky made their way to El Paso as they begin the long stretch of the Lone Star State.

The goal was to improve yourself and for a greater purpose.

“My original goal was to get my mind free to clear all the pain and suffering my mind was going through, and I wanted to give back for a bigger cause,” said Conley Jr.

That purpose is to raise money for the Wildland Firefighter Foundation, a foundation that focuses on helping families of firefighters killed on duty and helping injured firefighters and their families.

Conley Jr. is a wilderness firefighter who has his own struggles, and Rocky loves to help and join.

“He’s always there for me, this is my best friend here,” said Conley Jr.

For local and breaking news, sports, weather alerts, videos, and more, download the FREE KTSM 9 news app from the. down Apple App Store or the Google Play Store.