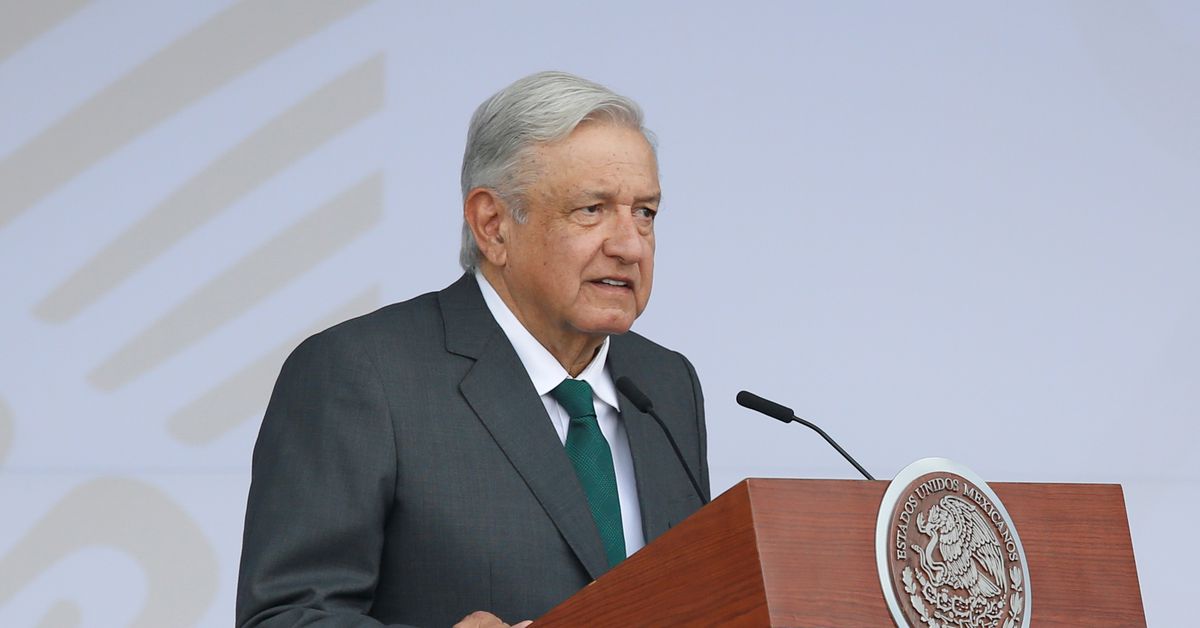 Mexico City, Sept. 18 (Reuters) – Latin American and Caribbean nations should seek a bloc like the European Union, Mexico’s president and other leaders said at a summit on Saturday to host the Washington-based Organization of American States (OAS ).

Some of the region’s left-wing flag-bearers who attended the CELAC Assembly of the Community of Latin American and Caribbean States have viewed the OAS as too close to the United States for years, and were particularly angry about the exclusion of Cuba from its member states.

Saturday’s summit host, Mexican President Andres Manuel Lopez Obrador, said at the opening ceremony in front of more than a dozen presidents and prime ministers that such a reshaped diplomatic body would better strengthen the region’s inequality-stricken economy and deal with health and other crises could.

“In these times, CELAC can become the main tool to cement relations between our Latin American and Caribbean nations,” he said in a cave-like ballroom in Mexico’s ornate national palace, where leaders took turns and some sparks jumped between ideological opponents.

“We should build something similar on the American continent to the economic community that stood at the beginning of today’s European Union,” said the leftist Lopez Obrador. He emphasized the need to respect national sovereignty and to adhere to a non-interventionist and development-friendly policy.

The leaders gathered at the invitation of Lopez Obrador with the declared aim of weakening the OAS. The start of the summit drew attention to the region’s center-left leaders, including Peru’s new President Pedro Castillo, Cuban Miguel Diaz-Canel and Venezuela’s Nicolas Maduro.

Brazil’s right-wing President Jair Bolsonaro withdrew from CELAC last year and criticized it for uprising undemocratic countries. The Argentine Alberto Fernandez canceled at the last minute because of a sudden cabinet reshuffle in his country.

Mexico’s President Andres Manuel Lopez Obrador speaks ahead of the traditional military parade on the occasion of the 200 February 16, 2021. REUTERS / Gustavo Graf

Some cracks appeared among the executives. Uruguay’s center-right President Luis Lacalle said his participation should not be interpreted as an embrace of some of the region’s more authoritarian regimes or a rejection of the OAS.

“We are concerned and are seriously looking at what is happening in Cuba, Nicaragua and Venezuela,” he said, ticking what he described as repressive actions, including imprisoning political opponents.

Cuba’s Diaz-Canel hit back by attacking neoliberal policies that he said had delayed social progress. He also criticized the leadership of Lacalle and referred to the great response to a recent petition by his domestic opposition.

The Uruguayan responded by criticizing the Cuban communist government, noting that it does not tolerate opposition or allow its people to choose their own leaders.

In his remarks on Friday evening, Maduro suggested setting up a new CELAC headquarters in the Mexican capital. Mexico’s Foreign Minister Marcelo Ebrard politely accepted this proposal on Saturday when asked by reporters and described the idea as premature.